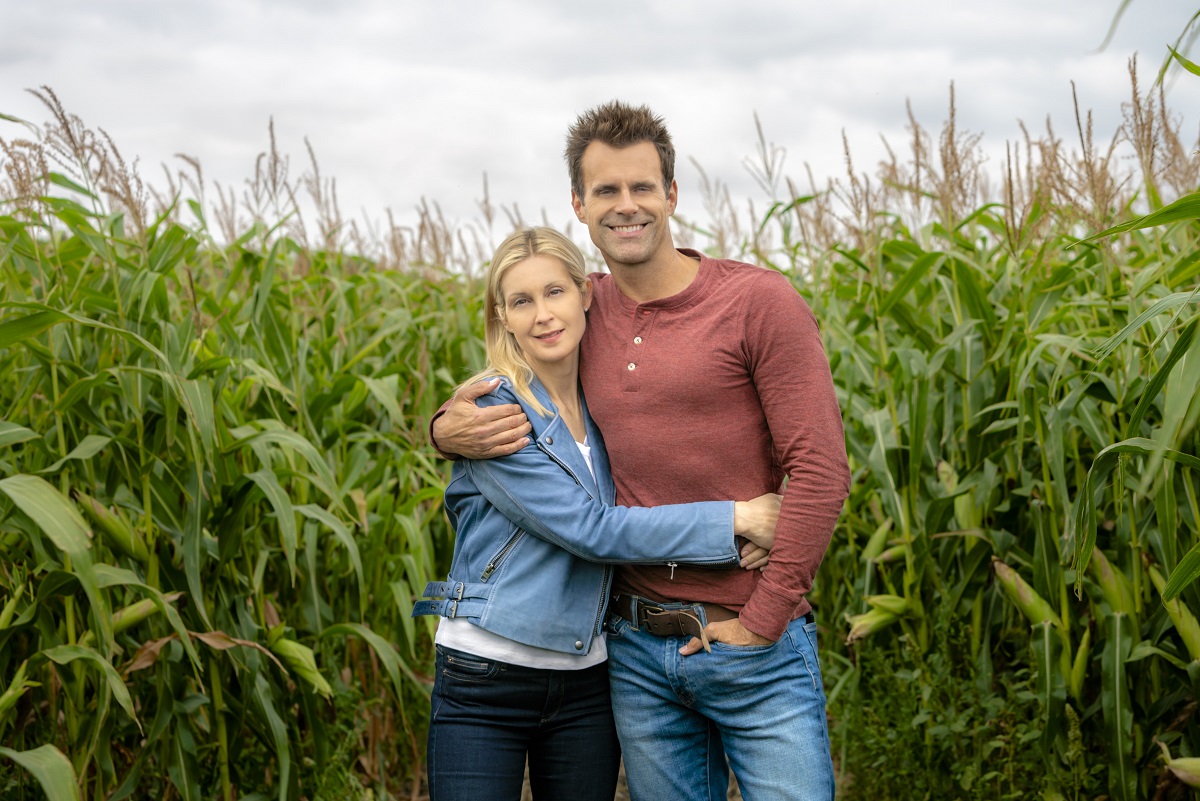 Y’all already know how deeply affectionate I am about Murder She Baked and the very good egg Cameron Mathison and that I’m already all in on his Hallmark films. That said, his newest film, Love, Of Course, shot in August before he stepped into his daily Home & Family gig, is my most favorite standalone thing he’s done (I take MSB as a whole set). It’s most definitely staying on the DVR.

The film, which premieres Saturday night on Hallmark Channel, is the last of the fall harvest films (Good Witch, airing Sunday is technically a Halloween affair). Mathison co-stars with Kelly Rutherford in one of those stories I love very much, about two people already well into their own lives who find each other and re-evaluate what the next chapters will be. It reminded me of Love on the Air and The Irresistible Blueberry Farm in terms of tone, although this one is a scoche lighter.

Lee Friedlander (Ice Sculpture Christmas) directs a script credited to her, Tracy Andreen (last weekend’s Under the Autumn Moon and two of our faves–The Spirit of Christmas and Tulips in Spring), and Janna King (Christmas in the Air).

Rutherford plays Amy, a widowed helicopter mom who arrives in [Winnipeg standing in for] Oregon from LA to drop her daughter, Cara (The Beach House‘s Makenzie Vega) off at college. Initially slated to spend just a few days, she’s instead wooed by her longtime friend and university president, Sheryl (Sadie LeBlanc), to stay on for six weeks and work with the agricultural professor, Noah (Mathison), to revamp the annual harvest festival into an event that actually makes money. [Sidebar: Speaking of money, it’s never explained what Amy’s been doing for an income, so we’re left to our own devices on that.]

With Cara’s blessing, Amy stays on and channels her former career as an accountant and professional-grade event planning skills into a successful festival–after wearing down Noah’s reticence to make it more mainstream and less a farmer’s market. Amy and Noah find common ground as they each learn to see the other’s view of what goes into an actual harvest and what makes a successful event people want to pay to attend.

They also soften to each other as Amy considers what–and where–is next now that Cara is at college, and Noah evaluates an offer that would feed the wanderlust that has him moving and changing jobs every few years. Those decisions get complicated when it quickly becomes clear that neither wants a future that doesn’t involve the other.

This is Rutherford’s first Hallmark project and she and Mathison have a lovely, easy rapport. I’ve adored her going way, way back to The Adventures of Brisco County, Jr., and I’m thrilled she will now have this movie in the Hallmark Channel library. She’s also recurring now on CW’s Dynasty reboot.

The rest of the cast includes Taken‘s Matthew Bennett (also in his first Hallmark film, which amazes me) as Sheryl’s husband and Noah’s BFF, Edward, Gabby Douglas as Cara’s roommate, Maddy, and Philip Akin (The Expanse) as Maddy’s grandpa, Bert. Chloe Caroline Fellows plays a young waitress in town, and she sings several songs in the film.

Love, Of Course premieres Saturday night at 8 pm/7c on Hallmark Channel. Here’s a sneak peek behind the scenes.

Aftermath Preview: “Now That We Talk of Dying”