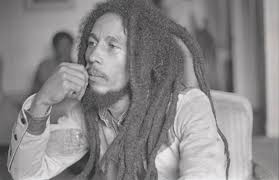 To say that watching â€œWho Shot the Sheriff?â€ was an education is a serious understatement. Not only did I get a vital history lesson on the internal and external political forces that shaped Jamaica in the â€˜60s and â€˜70s â€“ and what caused the disenfranchisement and oppression of so many people — but I now understand what Bob Marley was fighting against through his music and exactly who and what â€œradicalizedâ€ him.

Born and raised in Trenchtown in Kingstown, Marley knew from an early age not to mess with the police, who had a history of framing and arresting people from his neighborhood. After being rejected by his family, Marley began a career in pop music because his adopted father figure wouldnâ€™t allow him to do anything more revolutionary. But as his sound evolved, Marley embraced the message of the Rasta and hooked into the idea of fighting oppression and promoting African liberation. And after seeing how the poor were treated in Jamaica, he wanted people to take courage from his music.

As the 1976 elections were approaching, the hostilities between the PNPâ€™s Michael Manley and the JLPâ€™s Edward Seaga intensified. Local gangsters, who helped get the vote out, were armed and protected from the police by both politicians. While Marley worked hard to appear and remain politically neutral, he was heavily courted by both sides. It all came to a head on December 3rd when Marley survived an assassination attempt, two days before he was scheduled to perform at a free benefit concert.

Seen as such a symbol of hope and peace on the island, who would want to murder Bob Marley? And where did the directive come from, if one was given? Was it a plot carried out by the opposition or by the CIA?

“Who Shot the Sheriff?” examines all this as well as the CIAâ€™s interest in the island and who was really behind the assassination attempt, how the cold war came into play and how the One Love Peace Concert brought Marley back home.

Music is a conversation that never ends, a call-and-response between fact and fiction. Netflixâ€™s original documentary series ReMasteredÂ investigates high-profile events affecting some of the most legendary names in music, presenting groundbreaking discoveries and insights beyond whatâ€™s been previously reported. Helmed by the critically-acclaimed Zimbalist brothers and award-winning directors Kief Davidson, Barbara Kopple, Sara Dosa, Brian Oakes, Stuart Sender, B.J. Perlmutt, Kelly Duane de la Vega and Sam Cullman, each of the 8 tracks ofÂ ReMasteredÂ seeks to reveal answers about seminal events in the lives of artists such as Bob Marley, Johnny Cash, Jam Master Jay, Sam Cooke. With new takes on legends and headlines,Â ReMasteredÂ proves that history has more than one note.

ReMasteredÂ launches Friday, October 12th on Netflix and will roll out a new episode every month through May 2019.