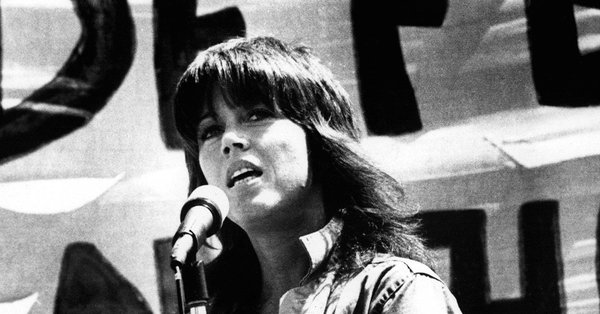 I had no idea Jane Fonda was this interesting, but I’ll have to blame that on my lack of imagination and knowledge of the facts of her life. Of course, I knew she was an actress. And I knew she was an activist. But what this documentary does so well is excavate what we think we know and then digs deeper. Fonda is very candid about her life, including her missteps and her mistakes — and that’s so refreshing and, I think, necessary. Now that she’s “at the beginning of her last act,” Fonda felt like it was important to look back to see who she’d become and how she got there.

Girl next door, sex kitten, activist, fitness tycoon: Oscar-winner Jane Fonda has lived a life marked by controversy, tragedy and transformation, and she’s done it all in the public eye. Vilified as Hanoi Jane, lusted after as Barbarella and heralded as a beacon of the womenâ€™s movement. This film goes to the heart of who she really is, a blend of deep vulnerability, magnetism, naivetÃ© and bravery, revealing a life transformed over time.

Featuring interviews with Robert Redford, Lily Tomlin, producer Paula Weinstein and former spouses Tom Hayden and Ted Turner, among others, the first four acts of Fondaâ€™s life are named after the four men who shared â€“ and hugely influenced â€“ her personal and professional ambitions. The fifth act is named after Fonda herself, as she finally confronts her demons, reconnects with her family and resumes a successful career as both an actress and an activist, entirely on her own terms.

Fonda grew up under the shadow of her father Henry Fonda. Their family looked like the American dream, but it was a myth. Her father was a serial philanderer and emotionally unavailable, her mother was in and out of institutions and eventually committed suicide and Jane just wanted to spend all her time amongst nature and the animals as a child. After receiving an ultimatum from her stepmother in her early 20s, Fonda decided to see if she’d be any good at acting. When famed acting coach Lee Strasberg told her she had real talent, Jane felt like maybe she’d found her calling.

Fonda knew French director Roger Vadim by reputation before she meet him. And even though he was predatory, he was also charming and sexy and Fonda fell for him. Their life together was heady and hedonistic, but she also felt comfort with him despite his constant drinking, gambling and cheating. Ultimately Fonda wanted someone to mold her, so she became the woman he wanted.

After making Barbarella, where she was in a constant state of intoxication so she could film her nude scenes, Fonda gradually became more politically aware. And as she learned more about the world around her, Jane started to make films that resonated with her new world view. After she made They Shoot Horses, Don’t They? and Klute, Fonda knew it was time to leave her marriage. But it was difficult on Roger; he didn’t understand that she was leaving him for an idea and not another man. She was ready to be an activist.

Fonda was the Hollywood star and Tom Hayden was the political star. But Jane gave him a run for his money, in a way, when she became so outspoken about Vietnam. Fonda admits that she made mistakes and did things she’ll regret forever, but Fonda seemed to find her true purpose. The problem was that she and Tom had no way to fund themselves. Going on a 60 city tour for three months to spread the gospel required money. So that’s how they came up with the idea of the workout video. The had no idea how successful it would be and every penny went to their organization.

With her home life looking somewhat stable, she wanted to find a way to reconcile with her father, so she bought and produced On Golden Pond. While the movie did produce the outcome she wanted with her father, soon after her marriage fell apart. Neither she nor Tom were good at talking about their feelings. After he fell in love with another woman and Jane realized she’d become a woman of a certain age in Hollywood, she knew it was time to make another change.

The day after her divorce was announced, Ted Turner asked her out. Since she felt like she was having a nervous breakdown, she suggested he wait six months and ask again. He did and the rest was history — for 10 years. Fonda calls Ted her favorite ex-husband and she truly loved him. But she felt like she had to hide part of herself to please him. She knew if she stayed, she’d never be able to be authentic.

After her Oscar appearance in 2000, Fonda got back into the movies and work has been steady ever since. In writing her memoirs, Fonda was able to look back and admit that she had never been a good parent, especially to her eldest daughter, and is still striving to make sure she had good relationships with all of her children.

Today, still challenging herself creatively and still active politically, Fonda continues to demonstrate that there is no limit to the possibilities in a life full of self-determination, honesty and hard work. In her own words, “sometimes good enough is good enough.”

POV Preview: Meet the Overlooked Heroes and "Survivors" of the 2014 Ebola Outbreak