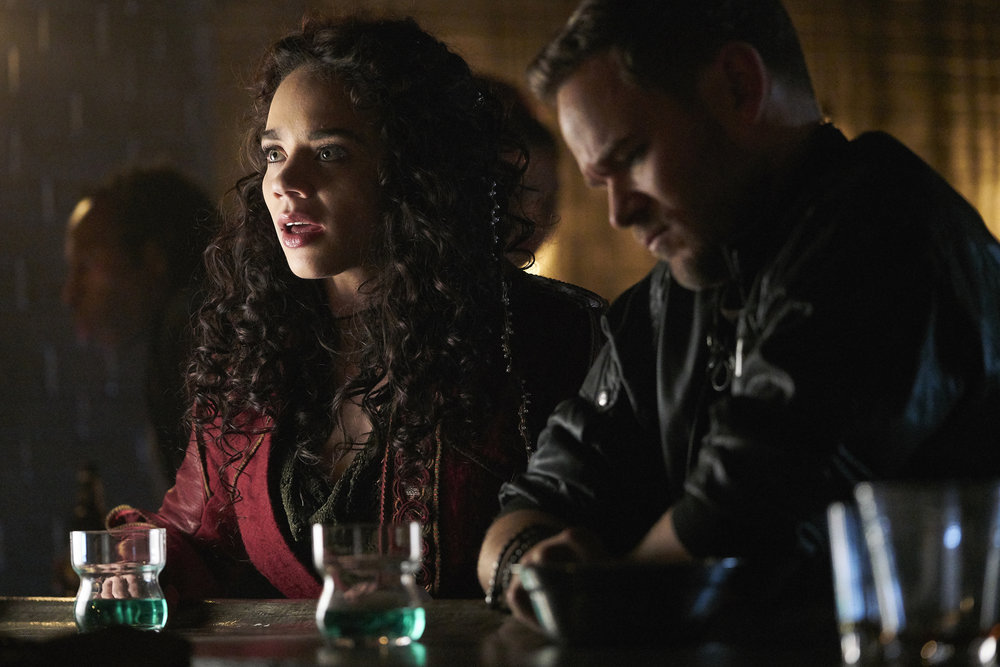 On the heels of Hannah John-Kamen kicking ass as the villainous Ghost in the just-released and already-a-hit movie Ant-Man and the Wasp, our friends at Syfy and Space Channel are ramping up their Killjoys goodies ahead of its Season 4 premiere on July 20th. We’re ten days out, which means you can knock out three episodes a day until then if you need to re/watch the first three seasons. Get. Cracking.

Syfy has released a handful of episode stills from “The Warrior Princess Bride,” the fantastic season premiere that dials the action back to a delicious origin story. And that’s all I’m telling you until the proper preview next week.

And then Space posted a featurette yesterday with some slap ya mama-level spoilers so click below only if you really want to know what the season is going to hold. Or, avert your gaze if you’re a purist who wants to watch the season cold and just satiate yourself instead with the pretty, pretty pictures.

Programming note — I’m chatting with Luke Macfarlane and Aaron Ashmore Monday morning, so hit me up in the comments by Sunday night if you have Qs.

Killjoys returns to Syfy and Space Channel Friday, July 20th at 10 pm/9c, a timeslot I am ecstatic about. You can catch up on the previous seasonsÂ on the Space GO app in Canada, Amazon Prime, You Tube, Google Play, iTunes, and when Syfy sorts out a ghost in the machine, here.

Also check out the show’s Instagram feed for even more countdown sneak peek pics! And now that featurette. Enjoy!!

Hulu's Castle Rock: Buckle Up, This Ain't No Storybrooke

Surface S1 Ep7 Preview: “It Was Always Going to End this Way”