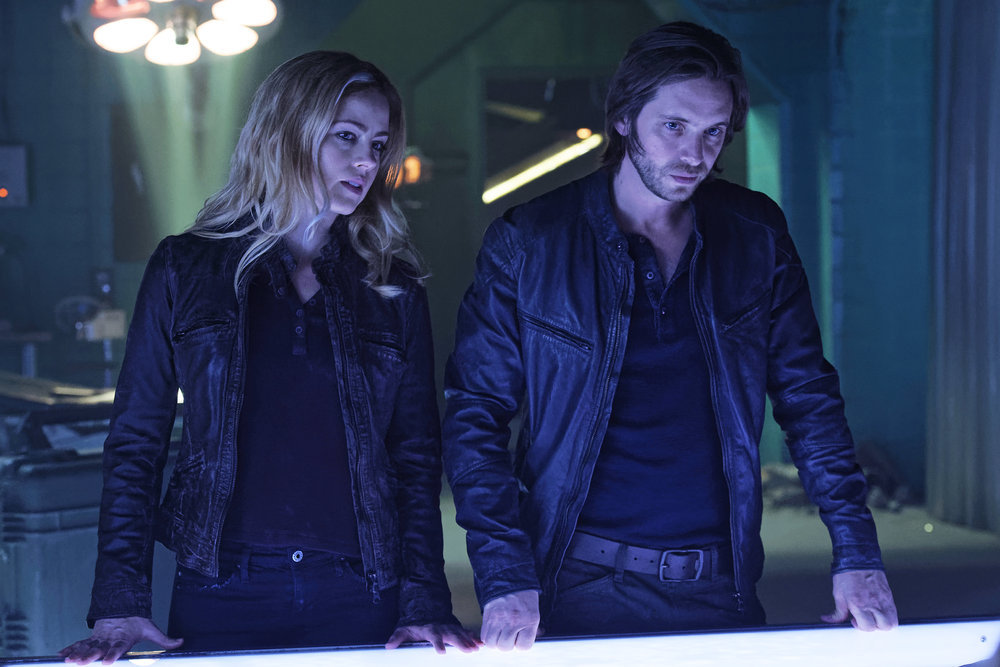 I’d love to tell you that you won’t be a sobbing, heaping mess at the end of 12 Monkeys‘ four-season run tomorrow night, but that would be a lie. I will tell you it’ll be a mix of ugly crying and happy tears, punctuated by laugh out loud moments and shouting at your TV. So, a good time will be had.

The two-hour series finale is already a gift because it’s a double episode, one more hour beyond the original season order for ten. It was a smart move to go to 11 because I genuinely think the season, and the series, couldn’t have tied up all the threads as eloquently and completely as it does if it had only had 44 minutes to do it.

What can you expect in the last two hours ever? These are the spoiler-free promises I can make:

“The Beginning Part I and II,” written and directed by series showrunner Terry Matalas (who I am thrilled got to personally close out his story), pick right up from last week as Cole got the really bummer news that he’s been the one gumming up the universe this whole time. There’s a quick path to accepting that news and a longer path to going down swinging. Which one do you think Cole will choose? Hint: it’s a two-hour finale.

The decision to “die trying,” as it were, if he’s going to die anyway, is to pull off one Hail Mary after another, with some fairly left-field assists that aren’t so off the wall when you consider that the world’s likely done for anyway.

What we get in return is a series of extremely fun and funny and poignant Easter eggs if we’ve been paying attention for the entire series run. And that’s about all I’m going to tell you. I defy you to be disappointed. I don’t think it’s possible, really, but there may be some tiny minutiae that the series doesn’t get to for you.

If so, I’m so sorry. It ticked every single one of my boxes, and I was turning it over in my head after it ended and well into the days that followed.

My one pro tip to you is to watch the episodes without watching the clock. I watched them without any concept of how much time had elapsed or how much remained (which was sort of overly meta, I realized later) and every time it seemed to be done, my heart sank with a silent, “not yet.” And then when it was done and the whole of the story was told, I was immensely content, and happy, and so, so grateful I got in on the ground floor of this show.

Thank y’all for reading and taking this journey with us here at TV Goodness. It’s been my pleasure to walk it with you. Check back tomorrow night for my post-finale interview with Amanda Schull. If you’ve missed any of our coverage, it’s all here.