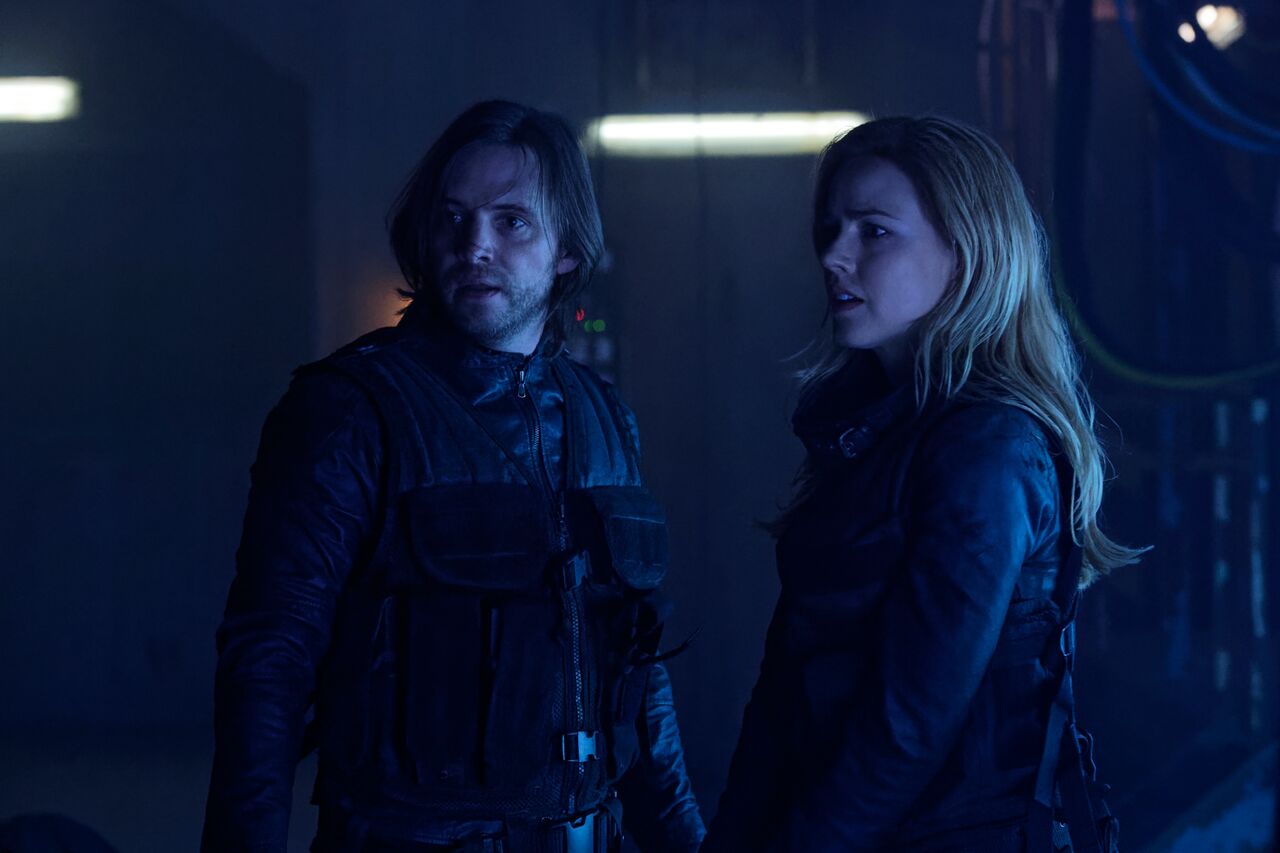 At long last, we’re getting the final 11 episodes of 12 Monkeys, and as the series resumes from its mega cliffhanger at the end of the event weekend last year, we pick up right away with the action, if not all of the pieces.

Once again, all of our travelers are faced with choices with far-reaching ramifications that don’t just resonate personally, but globally, and literally across centuries. There’s A LOT to unpack, but since we’re spoiler-averse around these parts, and so much of this show is about the actual journey, we’ll break down some of the highlights of the episodes airing each of the four nights of the final season without tipping too much of their hand. First up, the first three episodes.

The season opens with a callback that goes way, way back and then spins up to the precise moment Season 3 ended. It’s a dizzying, frenetic mix of action and firefights as the survivors retreat and launch a last-ditch Hail Mary that reverberates throughout the group in dangerous and surprising ways. There’s little time for exposition, but when we do get it, it’s important information. We also check in with Jennifer as she works her own leads, with a little help.

The titular ouroboros that’s all over the key art is featured throughout the hour. We learn what Jennifer’s been up to since Athan left her timeline, and her mission dovetails into the closing moments of last season’s finale when Cole’s Dad read him that story from his Mom. The team in the lab also has to resolve some technological wrinkles while avoiding paradoxes. We get some exquisite Cole/Jones moments and an OG/BFF Jennifer/Otter Eyes moment.

Consider this one Olivia’s origin story, or one of them, at least. The episode is a winding tale of how Olivia made her choices, and when and how outside forces set her on her course as the Witness. It also explores Cassie’s struggle with losing Athan again. Cole has to consider whether to follow or let her walk her own path, and he realizes that even the minutiae of his childhood is important to the mission.

All three hours work really well as a kick-off, and there’s plenty to sit with and evaluate before we get the next batch of three on the 22nd. The entire cast steps up, perhaps invigorated that they were getting to count down the clock on their own terms. It’s an emotional beginning, and there’s definitely a hint of wistfulness and anger, from a meta perspective about having to say goodbye, and within the show as the long-prevalent threats of an end game and mortality come sharply into focus.

Since this is our last dance, I hope that harder edge that softens a bit. When I look back at the first season (which is still nearest and dearest to me) and weigh the show’s evolution to where we find it now, it’s battle-weary and worn, which is completely understandable, and still very funny in places, but I’m missing its hope.

I’d love to see that woven back in. I’d like to think we’re not in this to watch everybody die anyway. The central conceit is that somehow Cole will head the apocalypse off at the pass. My hope is that he succeeds.

12 Monkeys will air for four Fridays in a row beginning this Friday at 8 pm/7c. Here’s a sneak peek. Click here for details on how the season will roll out. If you need to catch up, all three seasons so far are now on Hulu.