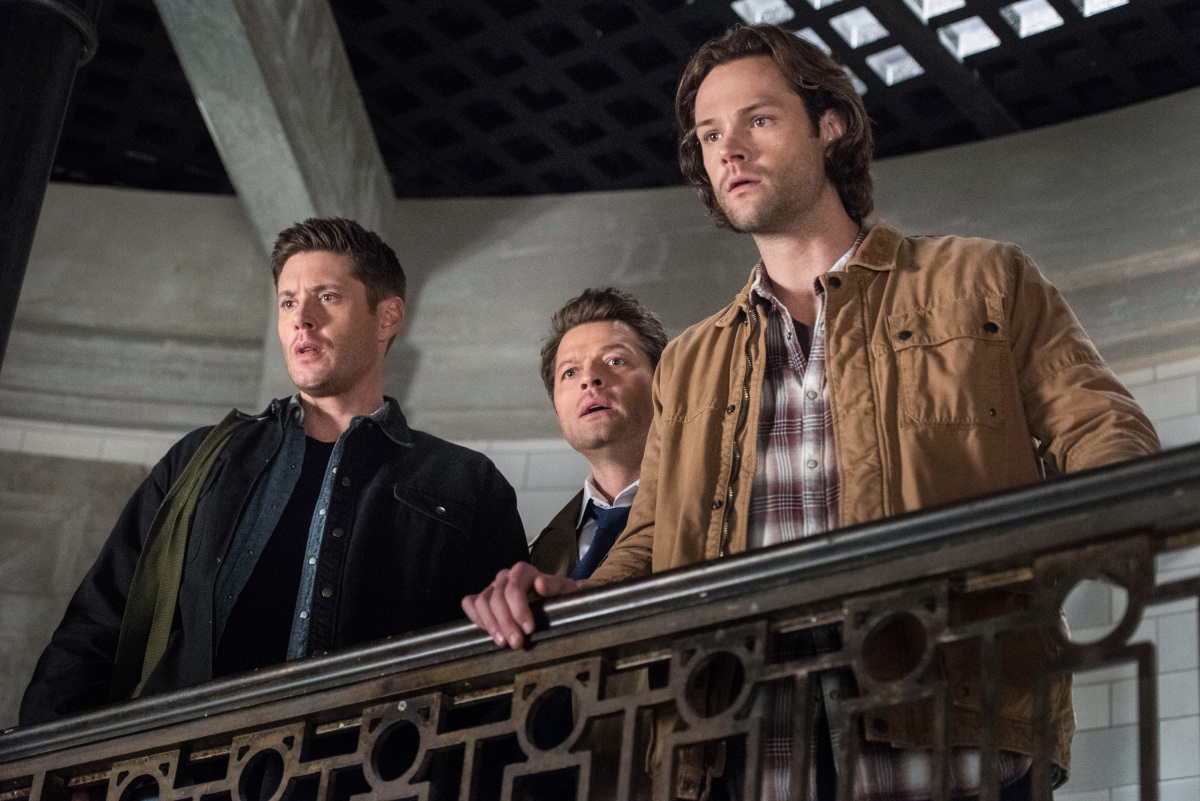 The CW’s Supernatural ended its 13th season with Dean, once again, making a major transition. This time it wasn’t a dead Dean becoming Demon Dean like he did to close out season nine.

Instead, he finally fulfilled a destiny first visited in seasons four and five of the series. He became the meat suit for the Archangel Michael…with a twist, of course. It’s not the Michael that wanted to go head-to-head with his brother, Lucifer, all those years ago.

No, this is the Michael from the apocalypse world. The one who tortured our Lucifer and made his life hell on Alt!Earth. In last week’s episode, the “siblings” made a simple deal. Michael helps a trapped Lucifer catch up to his son Jack, who was able to escape back to his reality.

Lucifer, in turn, allows Michael to have his way with Earth. How nice of him, right? I Imagine a lot of scorching and smiting and laying waste ensues once Michael gets his hands on this new playground.

In “Let the Good Times Roll,” once Jack arrives in the bunker to help save Sam, Dean and Cas from Michael (doing some serious damage to the archangel’s body in the process), Lucifer materializes in the bunker as well. It’s not too long before Jack learns his father made a deal with Michael and is the one who killed apocalypse world refugee Maggie.

Lucifer quickly shakes off his paternal instincts (if they were ever there to begin with). Fed up with his fatherly duties, he steals his son’s grace and restores his street cred as an all powerful entity. Then he takes off with Jack and, inadvertently, Sam, who hitches a ride.

Anyone who watches this show knows the Winchester boys and their best friend â€” the angel Castiel â€” aren’t strangers to brokering a stupid deal or two or three. Fairly recently, Cas said yes to Lucifer causing all sorts of madness and mayhem. Earlier this season, Sam accepted a deal with the devil after said devil resurrected him.

On a yearly basis, Sam, Dean and Cas sacrifice their (hot) bodies in order to save the world, their family and themselves.

Dean knows a souped up Lucifer is practically impossible to stop. So he has a proposition for the injured archangel. After all, he is Michael’s true vessel. Every version of Michael, apparently.

Dean’s deal-making is a one-time thing, he says. He’s the one driving things. Only Dean can tell an arch-freakin’-angel he’s in charge. In the end, a Dean/Michael fusion battles Lucifer. With Sam’s help, Satan gets skewered. RIP Lucifer.

As much as I enjoy Mark Pellegrino and love his presence on Supernatural, I’m happy Lucifer’s gone. I’m sure someday the-powers-that-be will find some sort of loophole and bring this character back, but he’s eaten up so much airtime the last couple of seasons, I need a nice, long break from the devilish dude.

Even though I’ve been waiting a long time to witness a winged-out Dean Winchester, I do have a slight issue with the moment he made his angelic entrance. The music cue was a littleÂ over-the-top. The vibe came off more super-cheesy than Supernatural.

Also kind of cheesy? The Dean/Lucifer showdown. Much of it happens in the air (with the actors on rigs) because the foes are big time archangels, I guess. The Dean/Cain fight from season ten’s “The Executioner’s Song” was way more badass and they kept their feet on the ground. Just saying.

What did resonate with me in this season ender were the quick moments after the fight ends. Jack, Sam and Dean are able to take a breath (just one, however). Lucifer’s gone. Sam says Dean did it. Dean acknowledges they worked together to do it. Then Dean doubles over in pain. He screams, “We had a deal!” When he stands straight up, the transition is complete.

Well, this can’t be good. Thanks for watching this season of #Supernatural.

Dean is the permanent vessel. Michael has come out to play and Sam knows it right away. Dean!Michael vanishes after saying, “Thanks for the suit.” When we see him again, he’s walking on the street sporting some serious swagger and a nifty vintage outfit.

Another minor issue I had is the way the finale ended with a freeze frame of Dean!MIchael with his eyes all glow-y. As far as I’m concerned, they could have ended things with him walking. I loved that shot so much.

I’m sure the show was going for dramatic effect here but I wasn’t feeling it. Not like I did when Demon Dean first opened his black eyes in “Do You Believe in Miracles?”

As much as I adore the show playing the Michael card, there’s another reason things ended in anticlimactic fashion for me. For weeks, we’ve been hearing in the press that Jensen Ackles is going to play a different character for the first time ever. One viewers have seen before.

I immediately guessed Michael. I was sure of it. I even re-watched the fifth season to prepare me for it. So, for me, this development is predictable. Ultimately, I don’t really care. This result is what I wanted. But here’s a warning: I hope the execution in season 14 is riveting and satisfying because my expectations are high. HIGH, I tell you. 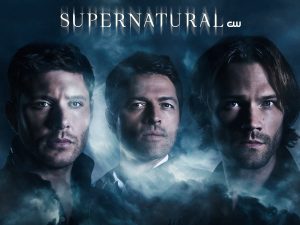 Supernatural returns to Thursday nights this fall on the CW.

Killing Eve Preview: "I Don't Want to Be Free"

Everyone’s Got a Button to Push in Lucifer’s “Homewrecker”

Moment of Goodness: Ann’s makeover on America’s Next Top Model