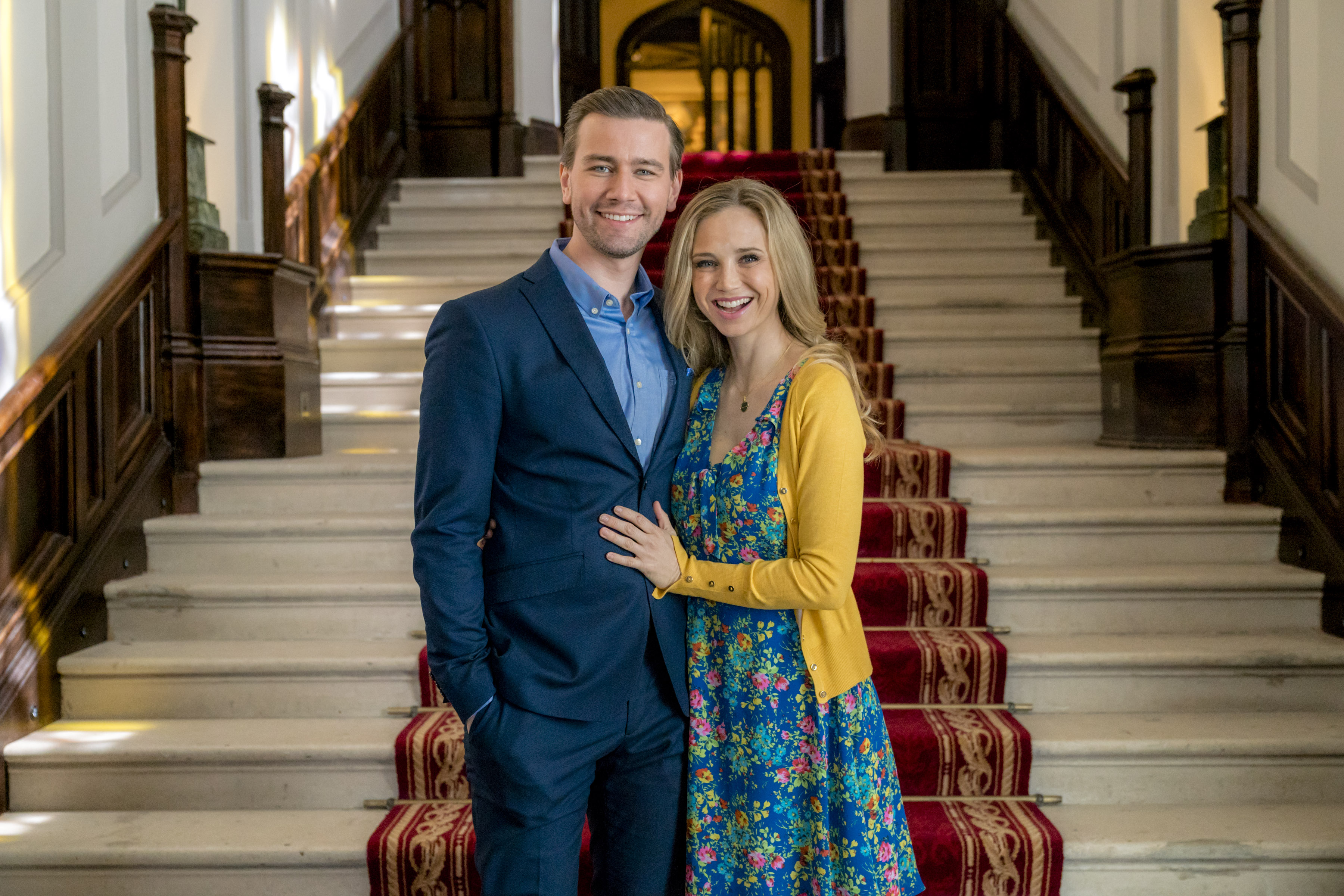 Hallmark Channel taps into royal wedding fever Saturday with a daylong marathon that includes royal romances, The Dating Handbook (one of Meghan Markle’s films from the vault), and the premiere of Royally Ever After, which marks the Hallmark debut of Reign‘s Torrance Coombs alongside Hallmark regular Fiona Gubelmann (The Good Doctor).

Hallmark has also released a royal wedding-themed DVD called Royal Wedding Collection. It includes both of Markle’s films for the network–Dater’s Handbook and When Sparks Fly, along with Royal Hearts (see below).

Here’s the full schedule for the Saturday marathon:

Merritt Patterson stars as a young woman who heads to Europe to clear her head about a big career decision, only to cross paths with a prince (Jack Donnelly) who sets her on a new trajectory.

Markle stars with Kris Polaha and Jonathan Scarfe in a story about a woman who runs a successful promotions company and finds her personal and professional lives colliding as she evaluates two potential new romances with the guidance of a bestselling how-to book. Our preview is here.

James Brolin and Cindy Busby star in a tale about an estranged father and daughter who mend their relationship when he inherits a kingdom. Our preview is here.

Reign‘s Jonathan Keltz stars with Megan Park in a mistaken identity royal romcom. I interviewed Keltz about the film this spring.

Joy Lenz and Will Kemp star as a matchmaker and prince who find it difficult to stay on task professionally when they start to fall for each other. Our preview is here.

Coombs and Gubelmann star as a longtime couple whose engagement reveals some startling truths about the royal identity of the groom-to-be–he’s the prince of a small country and his parents must approve their union. The movie filmed on location in Dublin. Lee Friedlander (Ice Sculpture Christmas) directs a script by Aury Wallington (Netflix’s Spirit Riding Free). Here’s a sneak peek.