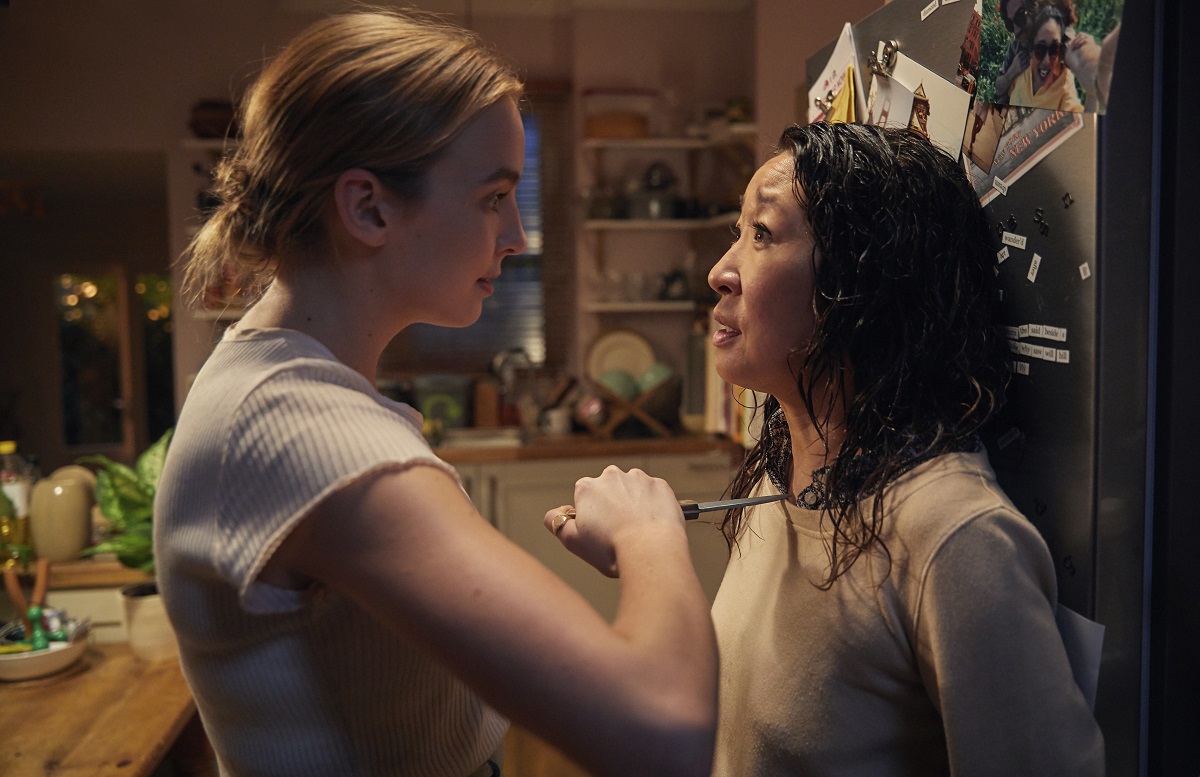 As Killing Eve heads into the fifth week of its first season, BBC America is pretty chuffed about their gamble on a second season. Yesterday, they issued a ratings release to tout the impressive growth between the premiere and last week’s fourth episode.

That episode cracked the half-million live viewer mark after the first three episodes hovered just under and over 400K live viewers. When you factor in the delayed viewing, the growth since the premiere is 33 percent in total viewers and 61 percent in adults 25-54, with 892,000 total viewers and 386,000 adults 25-54 in Nielsen live+3 ratings for Episode 4. That’s pretty rarefied territory for any series.

Tomorrow night, the taut thriller continues with Villanelle still in England and not quite ready to say goodbye to Eve, who’s nearing ever closer to that flame when she decides to see herself as Villanelle sees her. She also has to sort out Frank and what he’s done and what he knows. Kenny proves himself useful by unearthing important information about Villanelle’s past, and we also get an intriguing reveal about him.

The kitchen scene that netted the widely-circulated first publicity image happens in this episode, as does a fairly peculiar and personal interrogation. At this stage of the season, I think I’m most digging Fiona Shaw‘s calm, cool, and collected Carolyn.

I’m going to join Elena is crushing on her a bit. We know from her backstory that Carolyn is a legendary agent, but I find the way she’s written, and the way Shaw plays her, super interesting. She’s practical at all times, even when there’s a lot to flip out about.

She also genuinely cares about her team and lets Eve navigate her own path, which sometimes means failing. I’m sort of waiting to find out if this is truly who Carolyn is, or if she’s another character on this show wearing a mask.

Killing Eve airs Sundays at 8 pm/7c on BBC America and is available online and On Demand on Monday. Here’s a sneak peek.