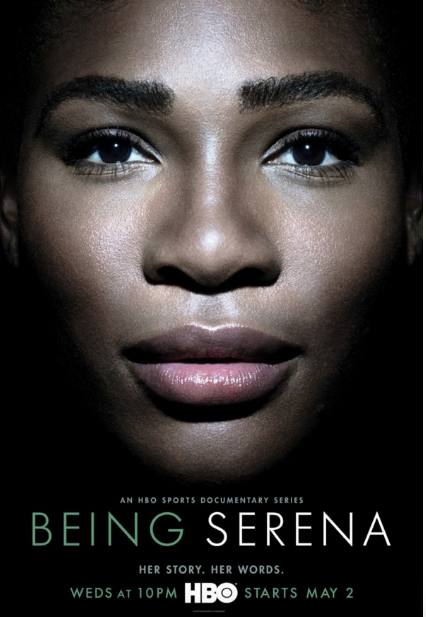 HBO premieres a new documentary series tonight. It focuses on tennis legend Serena Williams. On the court she’s a beast but get ready to discover a more complete version of the superstar athlete.

In this interview clip, Williams, one of the greatest tennis players of all time, gives you the reasons why she wanted to open up her life to the whole world.

If it’s the secret of her tennis success that mainly interests you, there’s some of that here. There’s footage of Venus and Serena growing up in Compton, California. Plus Williams talks about competing in â€” and winning â€” the 2017 Australian Open…while she was secretly pregnant.

For the first two episodes available to press for screening, the lens focuses more on seeing Serena’s off-the-court life. It’s through this peek that viewers will quickly gain an understanding of why she developed into a formidable and oftentimes dominant opponent on the court.

Series Synopsis: Being Serena will give viewers unprecedented access to Williams during her pregnancy, new motherhood and marriage, while documenting her journey back to supremacy on the court. Viewers will experience her life from every angle as the intimate first-person show delves into her landmark career, family life and expanding role as a businesswoman and investor in the worlds of tech, fashion, fitness and philanthropy.

In the first part of this five-part HBO Sports production, it’s fascinating to hear Williams’ thoughts on fear and how it has a regular place in the tennis pro’s life. But it’s what she does with this emotion that’s awe-inspiring. After all, she exists in the rarified air of someone who’s won 39 grand slam titles, four Olympic gold medals, created a fashion line and has recently become a mother and wife. At the same time, she has doubts. She’s human and not just the fierce superhero everyone thinks she is.

The series premiere of Being Serena debuts tonight on HBO at 10/9c.

Lucifer Detects and Chloe Parties When It's "All Hands on Decker"