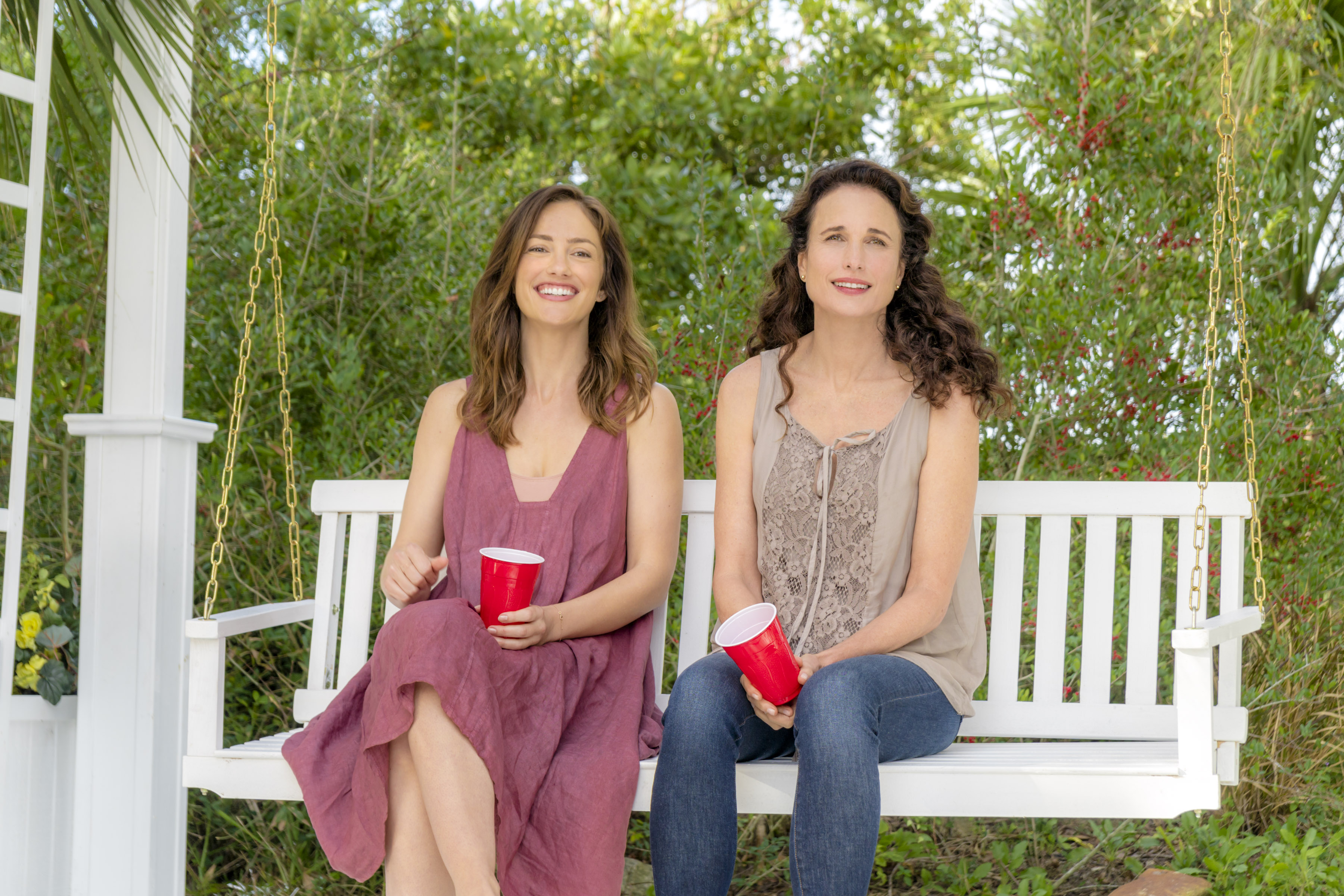 This Saturday night, Hallmark Channel and Hallmark Movies & Mysteries will simulcast the newest Hallmark Hall of Fame installment, an adaptation of Mary Alice Monroe‘s novel, The Beach House. The film marks the first return of Cedar Cove‘s Andie MacDowell to Hallmark since last summer’s At Home in Mitford.

MacDowell plays Lovie, a family matriarch who has retreated to her beloved waterfront home down the coast from Charleston. It’s her sanctuary from the society life she left behind after the death of her husband and where she now watches over the nesting loggerhead turtles on the beach.

Lovie shares her home with Toy (Makenzie Vega), a young woman who’s pregnant and on her own, and together with their neighbor, Flo (Saints & Sinners‘ Donna Biscoe) they form a family with a comfortable, quiet life.

As summer arrives, so does Lovie’s semi-estranged daughter Cara (Minka Kelly), fresh from a job layoff at her ad firm in Chicago. That’s one of many secrets mother and daughter keep from one another as their days together turn into weeks.

Cara’s former beau, Brett (Chad Michael Murray) is still part of Lovie’s extended tribe, and through some not-so-subtle machinations, they reconnect, too. She also has a chance to repair her relationship with her brother, Palmer (Six‘s Donny Boaz), who’s created a life for his own family that’s fairly close to the one she fled years earlier.

The film is a meandering affair, wholly embracing the leisurely pace of life on the beach, with a few plot hurdles and heartbreaks scattered along the way. The cast all do very good work together, painting an affectionate portrait of good people trying to move past bad choices–some of which they had no control over–especially as they realize now is all we get.

Director Roger Spottiswoode reunites with his A Street Cat Named Bob screenwriter Maria Nation, who previously wrote Journey Back to Christmas and Debbie Macomber’s Dashing Through the Snow for Hallmark. For those folks who like to know, the movie was shot in Savannah and Little Tybee Island, Georgia, standing in for South Carolina.

The Beach House premieres Saturday night at 9 pm/8c on Hallmark Channel and Hallmark Movies & Mysteries. Here’s a sneak peek and a look behind the scenes.

Justified Preview: “Dark As A Dungeon”