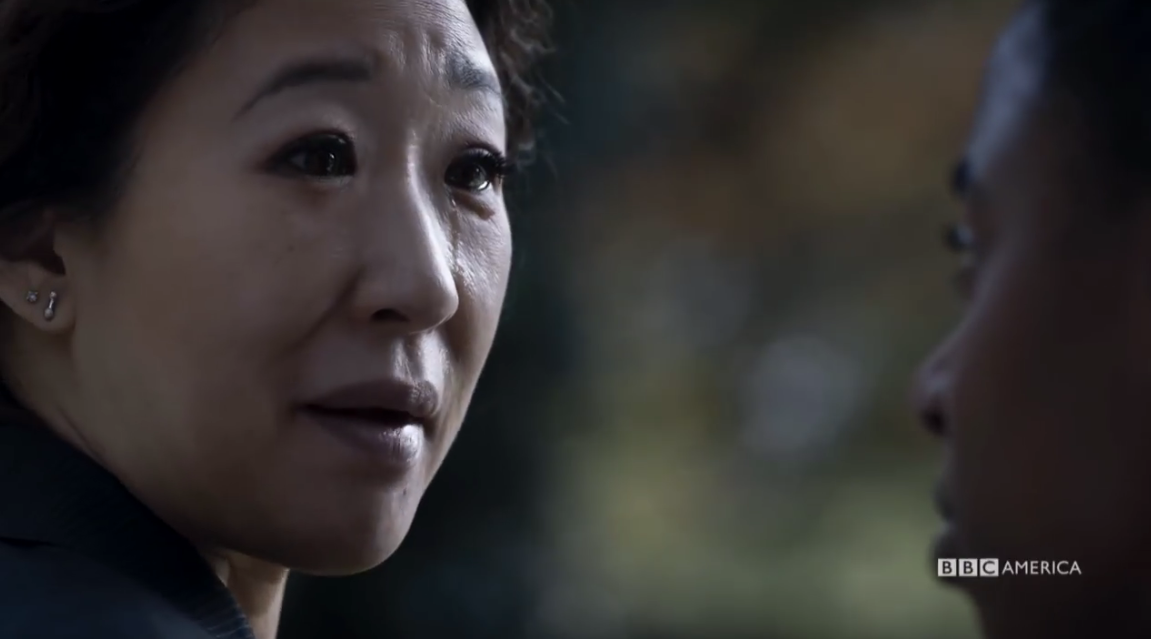 In the aftermath of Bill’s murder (or suicide by pursuit of an assassin–your call), Eve weighs her grief against pressing forward on the case.

Villanelle is assigned to a kill in England, and when she takes a side trip that’s a personal threat–or perhaps, invitation–to Eve, Eve decides to merge her anger and desire for revenge with her actual job.

Once she and her now team of three get back at it, they discover a mole in their ranks, which unwittingly sends them head to head with Villanelle.

On the character side of things, Villanelle looks more than ever like a homicidal teenager who has problems with impulse control, especially when Konstantin tries to put restrictions on her after she kills Bill. We do get a couple of teases about her past, so there’s that.

Eve is fracturing under the weight of what she can and cannot say at home, which leaves an increasingly worried Niko to wonder what the hell is happening to his wife. She’s also now got to manage the realization that what she’s doing can jeopardize her life and the lives of those closest to her. Even as Carolyn is increasingly impressed with her initiative, she’s still wholly terrified.

Lucifer Detects and Chloe Parties When It's "All Hands on Decker"

White Collar Preview: What You Need to Know About “Diminishing Returns” [VIDEO]