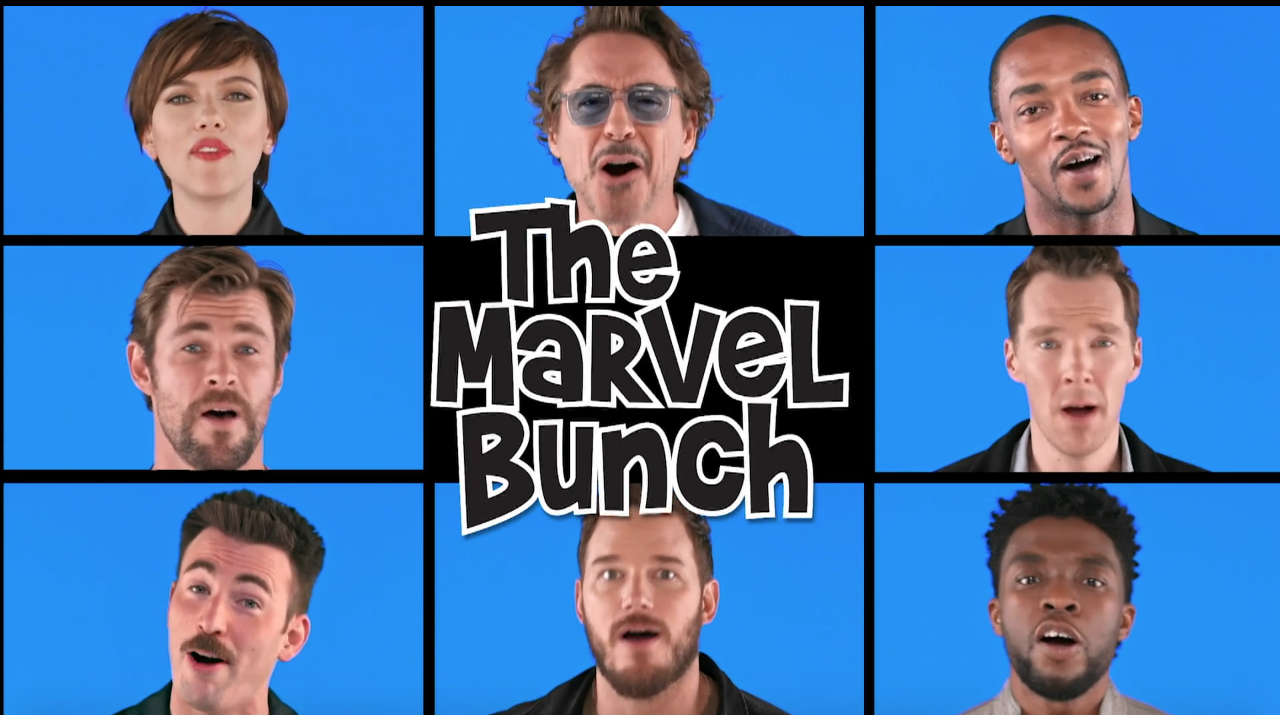 On Wednesday,Â The Tonight Show Starring Jimmy Fallon introduced viewers to a group we never want to forget: “The Marvel Bunch.”

The little ditty tells the story of a crew that includes a playboy genius, a former Russian spy, the god of Thunder, and a guy that fought in World War II. It also features a handsome Star-Lord, a falcon, a magic doctor and THE Black Panther.

It was all adorably set to the tune of the classic Brady Bunch theme. A song we’ve heard over and over and over through the years, yet seemed fresh and new when hearing the actors from Avengers: Infinity War sing it (They killed it, by the way).

We simply wanted to highlight this video because:

B) Even thoughÂ Infinity War is a movie and this is TV Goodness, we’re giddy with excitement over this release so any chance to promote it, we’ll take it.

C) Everyone who appeared in this video has decent singing voices. Who knew? (Especially Chris Pratt, which we’re kind of shocked to discover).

D) That Tom Hiddleston pop-up at the end complete with “Hello, brother” to Hemsworth/Thor â€” just noticed you can’t spell Hemsworth without “Thor” â€” capped the whole video off beautifully.

Other observations: RDJ’s smile is utterly infectious. Chris Evans is sporting his Broadway mustache. Pratt got some nice applause when he first showed up on screen. As did Boseman’s great “Wakanda Forever” contribution.

There are so many Avengers we wished had been included in this Fallon creation â€” like Tom Holland/Spider-Man, Mark Ruffalo/Hulk, Letitia Wright/Shuri, Zoe Saldana/Gamora and Josh Brolin/Thanos. But we’re satisfied with who, ultimately, made the cut. After all, we’ll get to see the lot of them when Avengers: Infinity War FINALLY lands in theaters tonight/tomorrow.

Take a look at “The Marvel Bunch” for yourself:

How many times have you watched “The Marvel Bunch?”