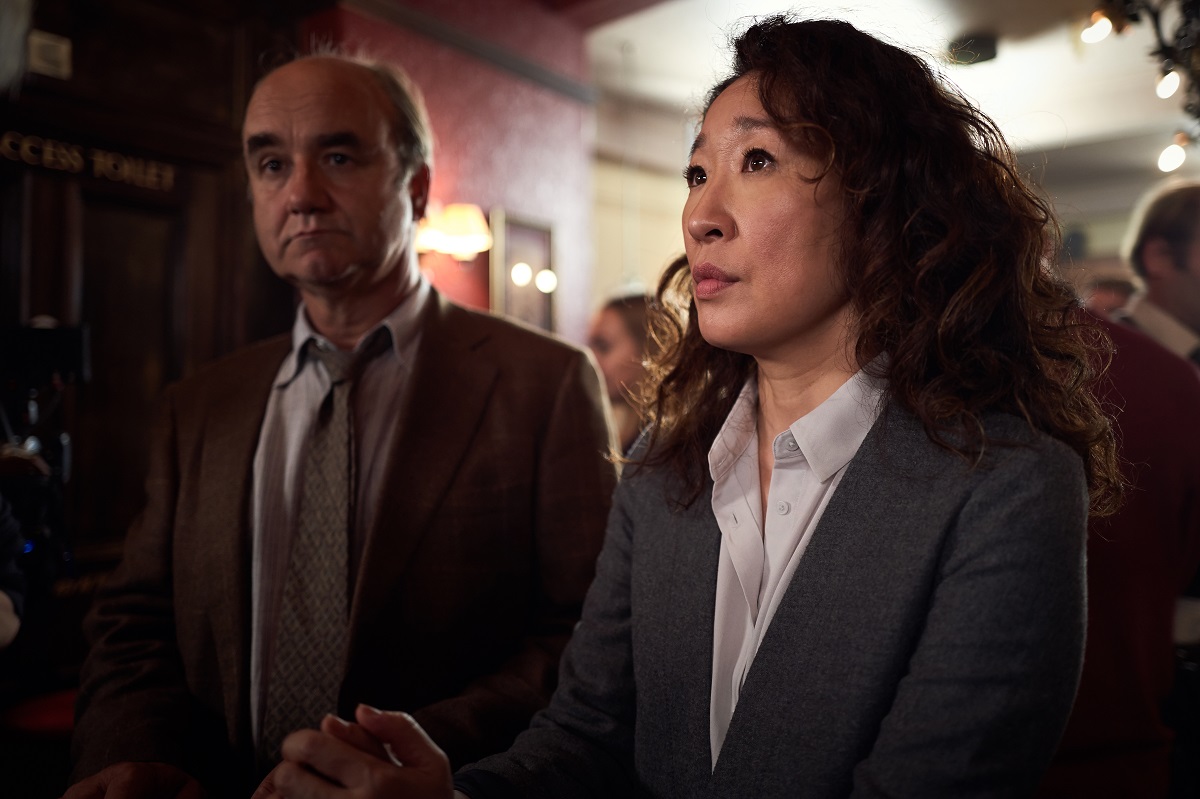 In the second episode of Killing Eve‘s first season, Eve reassembles her tribe under new auspices, courtesy of Caroline, while Villanelle acts out in increasingly reckless ways, collateral damage be damned.

Eve is flummoxed, and then emboldened, by Caroline’s confidence in her, and once she has a team in place to run down her hunches, she’s ready for the rabbit hole. Of course she still has to decide who she is at home.

As Villanelle’s handler grows concerned about her stability, she skirts around an evaluation and goes her own way, blazing ahead without oversight. She also makes a charming new friend in her building.

We follow both women separately, one sharpening focus as the other seems to lose it, until their trails spectacularly connect.

Killing Eve airs Sundays at 8 pm/7e on BBC America. The pilot episode pulled under 500K live viewers, but the series already been renewed. The clip below is clocking twice that many viewers in under a week, so people are either finding it now, or are at least intrigued enough to watch a preview.

It’s definitely worth checking out. The first episode is available now on BBC America’s website. Here’s a sneak peek of Sunday’s new episode.

Lucifer Makes No Bones About "The Angel of San Bernardino"