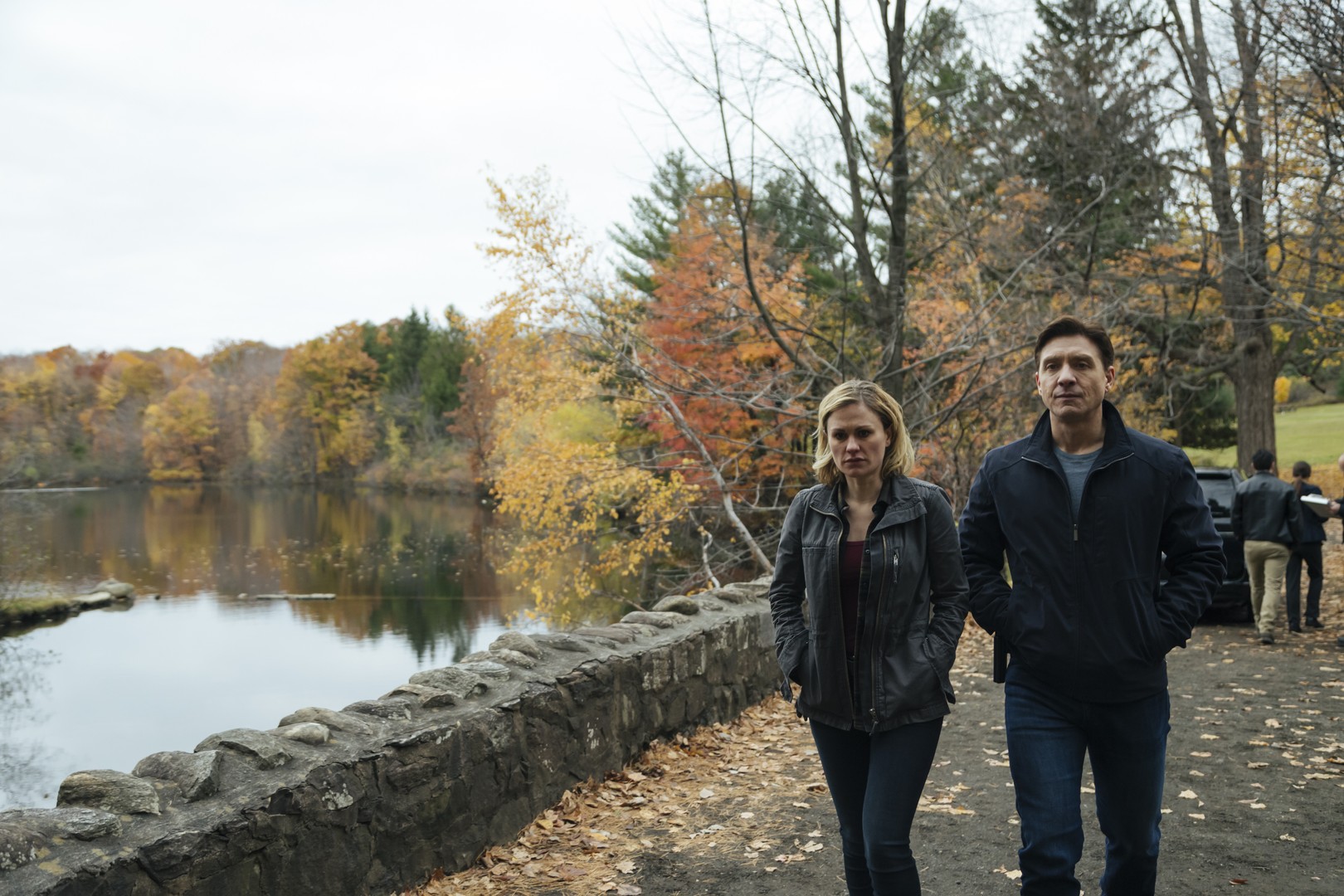 [Warning: Spoilers for the Season 1 finale.]

Bellevue bid adieu to its first season tonight with a season finale that closed out the central mystery of the Sandy Driver case and forced Annie to put an end to Adam’s madness and suffering.

In last week’s episode, in an exchange we saw but didn’t hear until tonight, Adam hit Peter with some hard truth–that he loves Annie and has been waiting two decades for her to grow up. At the end of the finale, when he’s faced with Annie bailing town with Eddie and Daisy, he takes a leap, trying to tell her, and she doesn’t want to, or can’t, hear it, and he tells her to go. But she still looks back at him as Eddie drives away.

And now with the full context in place, we see Shawn Doyle exquisitely convey the complexity of Peter hearing that and recognizing yes, that is what he’s done–both in the scene in the confessional and at the end as Annie leaves hm, or seems to.

When I spoke with series co-creators Adrienne Mitchell and Jane Maggs, we talked about that surprise development, and they said we can totally blame Anna Paquin and Doyle for that. “[Pretty early on], we started to become really interested in the performance chemistry of Anna and Shawn. It actually started to read differently than we intended…better than we intended,” recalls Maggs.

“They didn’t have a straight mentor/father/daughter relationship at all. They had a much more playful relationship and so we started to write toward that. [Peter’s confession] was definitely because of their chemistry. That was not where we were going. That was Adrienne’s brilliant idea. That brought it to a place that we didn’t feel like we had seen before.”

“There’s a scene in the office where they were saying the dialogue. [There was] all this subtext that I wasn’t directing and it wasn’t on the page. It was organically leaping forth and it was so exciting to see that,” says Mitchell. “It was so cool and we started to build on that. I was excited to work that way.”

“It was the first scene where she was complaining about Mother. The way she came in and flopped herself in the chair like she owned the place and he had this wry, bemused response to her, and it felt like this was their dynamic whether we’d written it or not,” agrees Maggs.

“And so it began,” adds Mitchell. “[So now the question would be], ‘How does that play and where does that go?’

Maggs says there’s a lot there for Peter to sort through. “I think it’s confusing for him,” she explains. “Because [he’s wondering], is it a real thing or is it something someone told him that he’s afraid of?”

Here’s hoping we get a second season (and more) to answer those questions! If you missed an episode, the first seven episodes ofÂ Bellevue are online now, and the finale will be online tomorrow. It repeats tonight on WGN America at midnight/11 pm c.

Arrow Conversations: Could Oliver Be Part of His Own Downfall In “Deathstroke”?