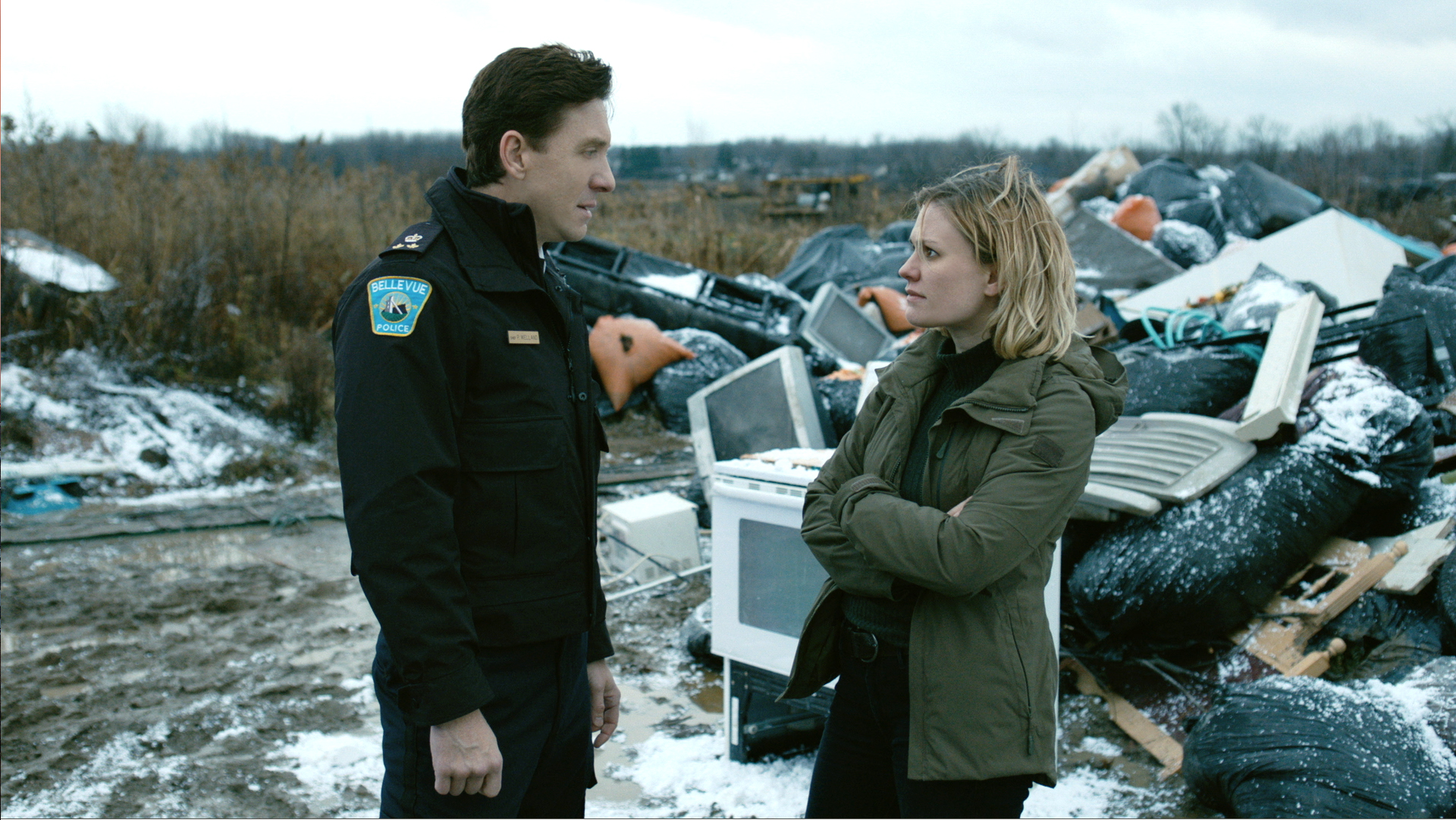 We’re one sleep away from Bellevue‘s freshman finale, and if you thought they couldn’t possibly top last week’s final scene, well, challenge accepted.

With Jesse’s murder solved, there are still a few more things to put to bed. Among them, the lingering questions about why Adam was sent away, why their Dad was so impacted by the Sandy Driver case, and whether Annie will take Eddie up on his offer to leave Bellevue in the rear view mirror.

Peter oversteps (shocker) when Adam’s latest manipulations strike him on multiple fronts. That personal onslaught also makes Annie take a hard look at the decisions her Dad made and the person Adam was as a boy and who he is now. It’s a lot to process, and it forces Annie to weigh whether to yield to the basic instinct of self-preservation.

No word yet on a second season, but the fan response during the Tuesday live Tweets has been awesome. Come join us with hashtag #BellevueWGNA! The season finale was directed by Adrienne Mitchell and written by Jane Maggs .

Bellevue airs Tuesday at 10 pm/9c on WGN America. Here’s a sneak peek of “You Don’t Understand Me at All.”