The Alienist Preview: “Many Sainted Men” 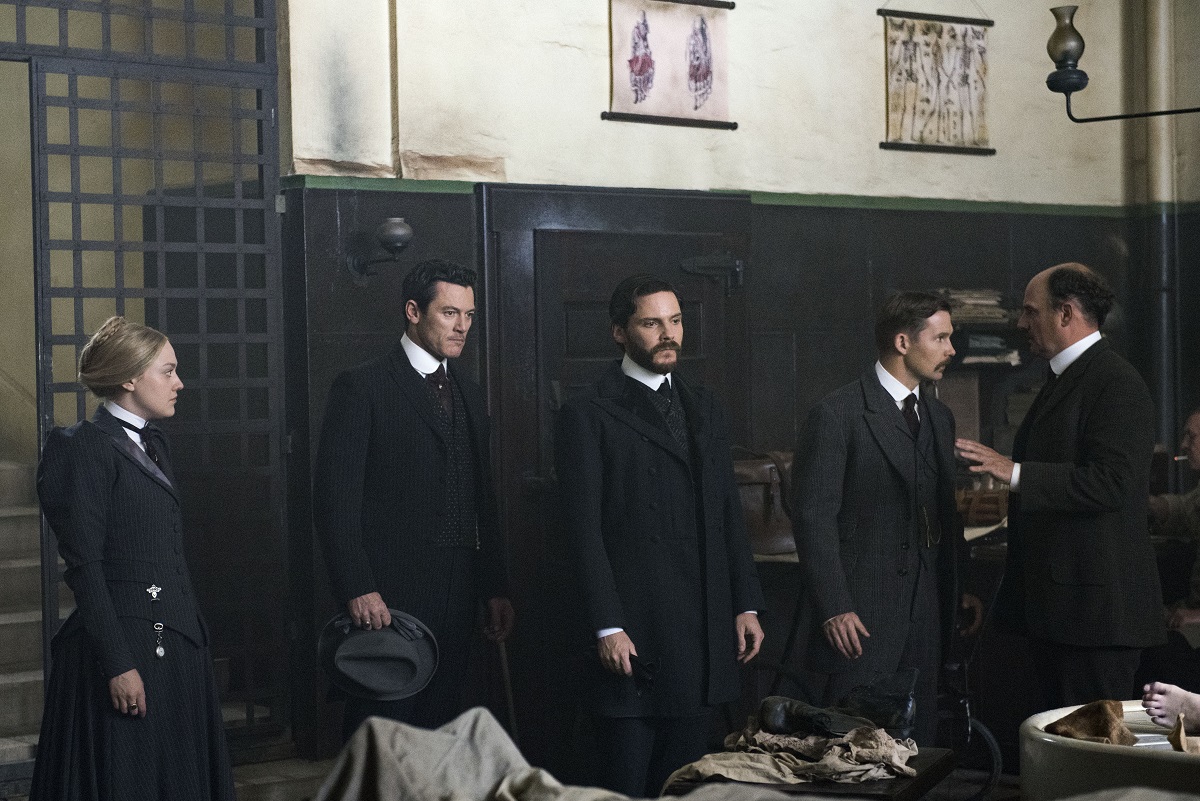 If Moore hasn’t laid out Kreizler before the end of the first season of The Alienist, I’ll be shocked. In “Many Sainted Men,” the slap he gave Sara last week reverberates around the team.

They’re also still recovering from nearly losing Cyrus and actually losing another boy. And Moore can’t quite capture Stevie’s description on the page, which is exasperating for all of them.

The autopsy reveals more clues that hadn’t previously occurred to them, thanks to an offhand observation from Roosevelt. That sends Kreizler and Moore scurrying for historical perspective as Sara rounds back on those letters she wrote to the asylums.

Kreizler and Moore also find themselves summoned to see JP Morgan, who is surprisingly acquiescent to their process in trying to bring down the killer. That doesn’t go over as well with Connor and Byrnes, who are still scrambling around the fallout from Connor’s murderous impulses.

Kreizler gets schooled by Cyrus’s niece, which leads him to also try to do better by Mary. Unfortunately, Kreizler’s good will doesn’t extend to Moore, at whom he lashes out, casting aspersions on the latter’s friendship with Sara. Then it’s our turn to be exasperated.

It’s a good episode, from a procedural progression standpoint, if not quite the nerve-wracking outing from last week, which is OK. I think we’ll probably see more of those in the three episodes that follow this one.

The Alienist airs Mondays at 10 pm/9c. If you’ve missed one, they’re all online, and ratings news out from TNT last week indicates the series is doing really well, growing 40% over the course of the season, which makes me wonder if they’d try to do another round, even though it was billed as a limited event. I’m down for that. Here are a couple of sneak peeks and a recap of the season so far.

Bellevue Preview: "The Man Behind the Curtain"