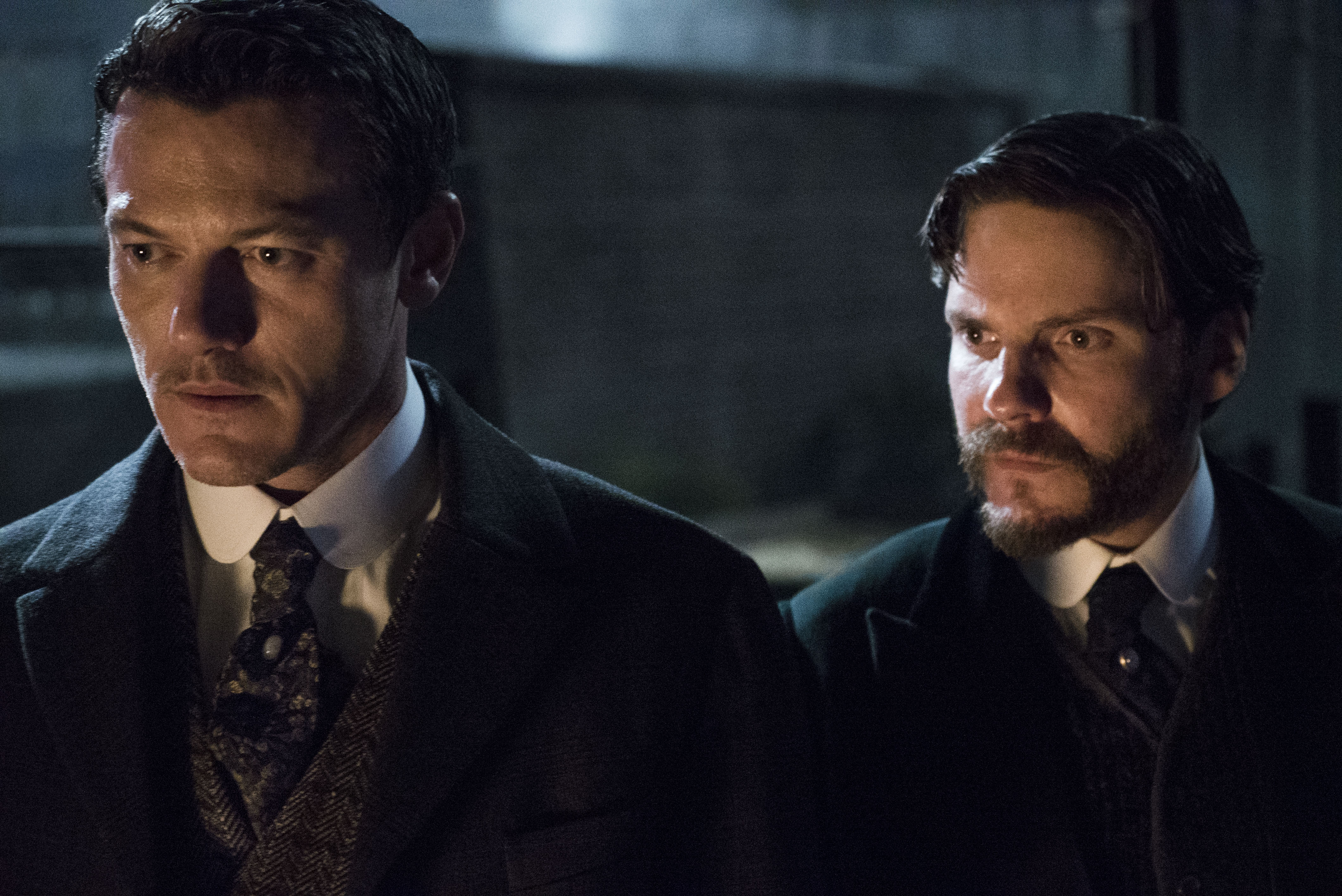 The team races against the Christian clock in the next new The Alienist as they try to get ahead of the next holy day.

“Ascension” is an extremely well done hour for the series, with a few twists and turns, some that I saw coming and others I didn’t. I love when a show keeps me on my toes.

The framing device for the episode involves casting Stevie as bait for the killer, with the Isaacsons, Moore, and Cyrus on watch to swoop in if needed. That leaves Kreizler and Sara in close quarters as the odd ones out, and Sara takes her cues from Kreizler’s own crustiness and fondness for poking the bear to do a little reconnaissance of her own in search of some tidbit she’s sure he’s not sharing with the class.

Roosevelt is taking heat from the mayor, who’s in turn taking heat from the city’s “400,” and he passes the message along to Kreizler. Moore keeps on his sobriety path and counsels his young friend, Joseph (Jackson Gann), on choosing a better path for himself, too. Captain Connor (David Wilmot), now stripped of his badge, tries to atone for his past misgivings and fails badly.

It’s genuinely a nail-biter of an episode and it spins the plot in a different direction for the four episodes that will follow. I’m definitely intrigued. One note if you’re a little squeamy about critter things–the episode is a little heavy on dead animals. FYI.

The Alienist airs Mondays at 10/9c on TNT. Here are a couple of sneak peeks of “Ascension.”

Bellevue Preview: "The Problem with the Truth"