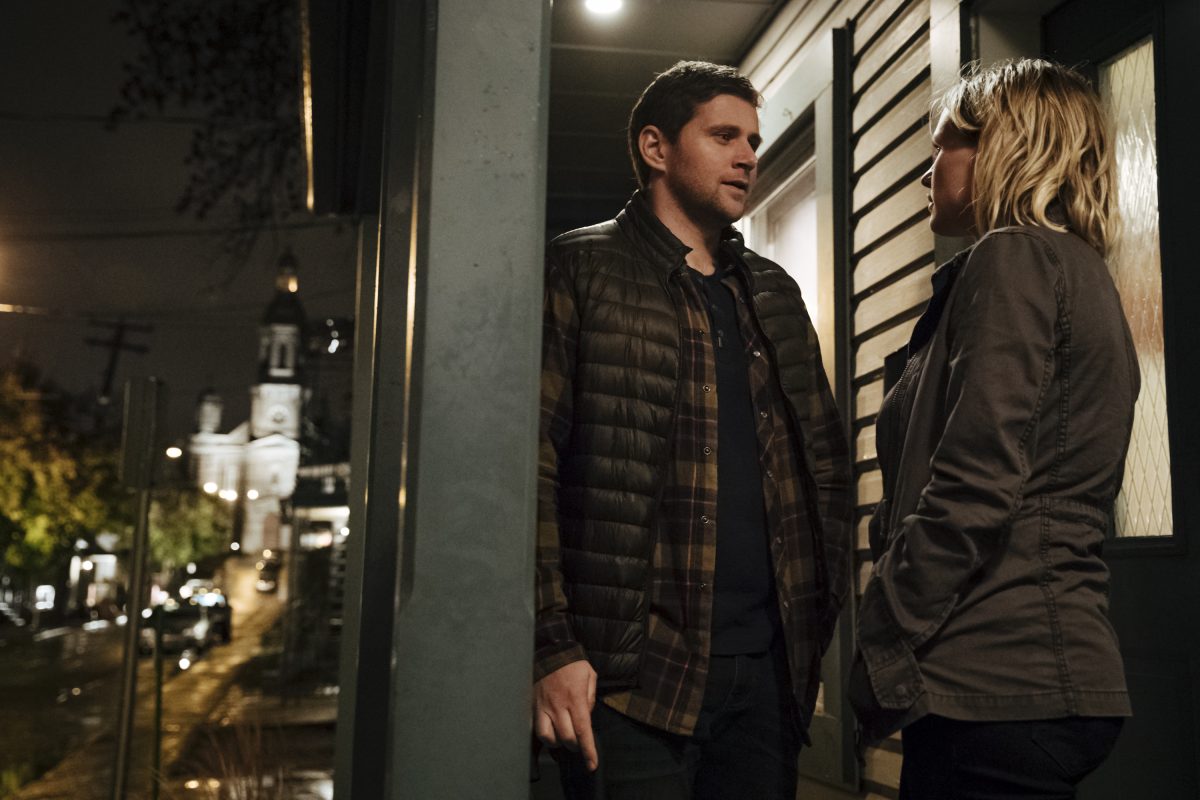 On the next new Bellevue, now that they have a murderer, and potentially, an arsonist, in the mix, Annie is more open to continuing her dialogue with her unknown informant, especially when her gut tells her the wrong man has been arrested as a person of interest for the former.

Of course, it doesn’t help that she’s on her own a bit, distancing herself from Peter because of that ominous, prescient warning not to trust the man with the fire in his eyes. Peter’s up to other things, too, that would give Annie further pause, if she knew about them.

She’s also a little twitchy about Eddie when it becomes apparent that if he’s still pining for her, he’s not exactly lonely, spending time with someone already tangential to her in other ways. It is a small town, after all.

Jane Maggs writes a script directed by April Mullen (who has directed episodes of Killjoys and Wynonna Earp and this year helmed Legends of Tomorrow). In case you missed it, you can find my interviews with Maggs and Adrienne Mitchell here.

Bellevue airs Tuesdays at 10/9c on WGN America. If you missed an episode, they’re available now on the network’s website. Here is a preview of “Hello Little Light” and an exclusive clip from the episode.

Tuned In: Kurt Farquhar on Creating the Black Lightning Sound