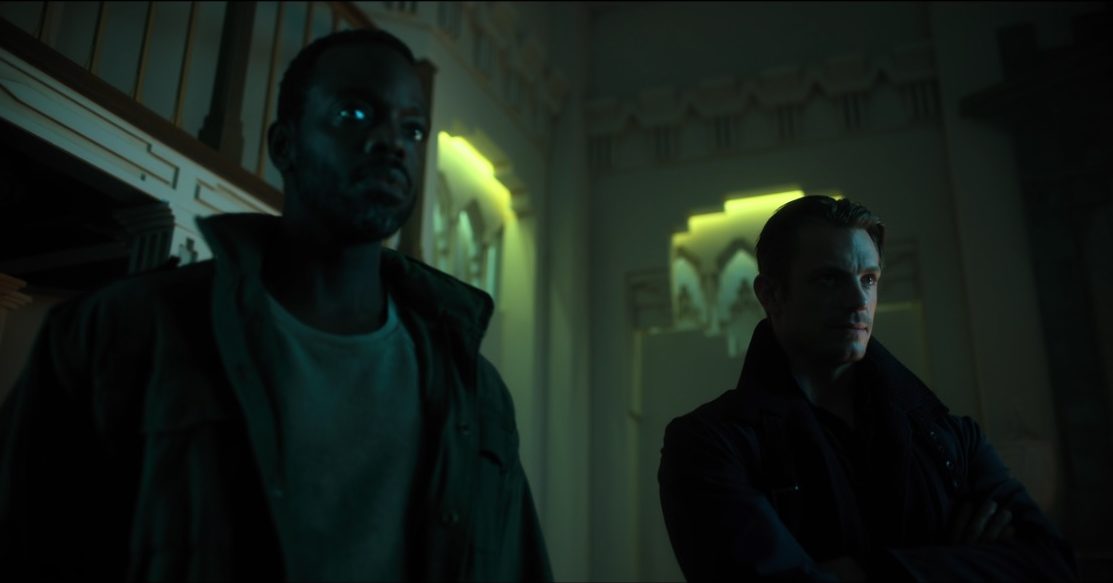 If you’re just joining us, I’m watching Altered Carbon one episode at a time. You can catch my previews for Episodes 1-5 here. In Episode 6, “The Man With My Face,” Kovacs’s swagger speech that he doesn’t care about anyone comes back to bite him in the ass when he races to save Ortega’s life following the ambush in the elevator.

He also has to hilariously deflect references to her as his “girl.” Poe gathers some useful intel that relates back to Bancroft’s case, so Kovacs and Vernon switch gears and go pursue that lead.

Dimi is revealed to be even shiftier than we first thought, with fingers in many, many pies that at the very least intersect the upper ranks of the police department and other folks with a specific interest in thwarting Bancroft, Kovacs, and maybe Stryker, too, for kicks.

The discovery of the clone printer clears up one mystery related to the murder but not the mystery, and Kovacs isn’t the only one given the opportunity to do something selfless when Miriam faces down Laurens to protect her son.

Ortega recovers and is thrown immediately into action again when she agrees to let Kovacs do a covert virtual meeting and instead finds herself targeted alongside him. In the ensuing chaos, we’re treated to a hell of a two-on-two cage match with a very intriguing fifth party thrown in for good measure.

I am so, so digging this show, y’all. I love the little things the show does, too. There’s a scene where Kovacs and Ortega enter a dive virtual cafe and Kovacs stops to pet a ginger cat on the counter. I don’t know if that was a Kinnaman thing or a Kovacs thing but it was a neat moment.

And I particularly like that whatever Ortega and Kovacs (vs. Stryker) are now, they realize they’re concerned for each other and better together, even if they have to begrudgingly acknowledge it.

Sidebar: I rewatched the last scenes of The Killing the other night after I started watching Altered Carbon and sort of wistfully thought, “We need Joel Kinnaman and Mireille Enos together again in something.” This week, the universe answered. Thanks, universe!

The Alienist Preview: "These Bloody Thoughts"