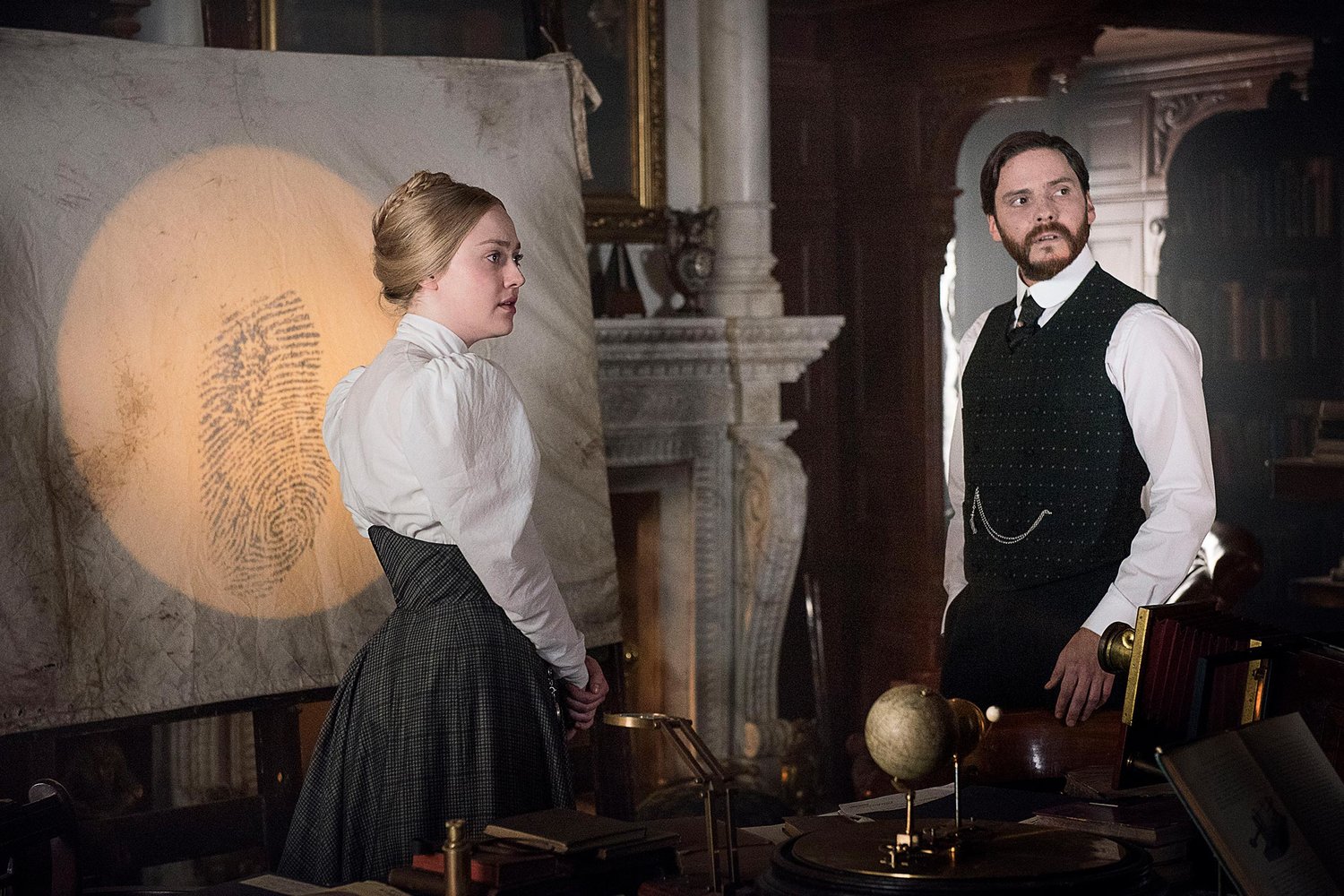 Monday night’s new The Alienist picks up the morning after Moore’s drugged encounter at the brothel as the team keeps working the case and decides to pursue the fingerprint angle more closely.

While Kreizler is nonplussed at the trouble in which Moore found himself, Sara doesn’t try very hard to hide her disdain. Neither of them understands the full ramifications of what that entailed, and although there’s reference by the police captain to the fact Moore was assaulted, we don’t see that register for him (yet).

We do learn a little bit about the demons that drive him to drink, via his grandmother (Grace Zabriskie) and a rant from Kreizler, who’s revealed to be fairly petulant (okay, a dick) when he doesn’t get what he wants. Sara is drawn to him until she see that on display against Mary and then herself, which rightfully gives her pause. She warms to Moore when he intervenes, and has her own reasons for softening her stance after an enlightening discussion with a former classmate. We’ll see how that shakes out.

The former police chief, Thomas Bryant (Ted Levine) also inserts himself into the case, very obviously against Roosevelt’s wishes. He would seem to be monitoring the case at the behest of a family (with the matriarch played by Sean Young) whose son has dangerous predilections that make it likely he could be the man with the silver smile.

That still-unseen killer is already busy with his next victim, which gives the team an active case to work where they can apply their forensic techniques. They do the best they can under cover of darkness and a ticking clock while also trying to decipher Sally’s tale of escapes from locked, high rooms.

The Alienist airs Mondays at 9 pm/8c on TNT. If you missed an episode, you can watch now on TNT’s website. Here’s a sneak peek of “Silver Smile.”