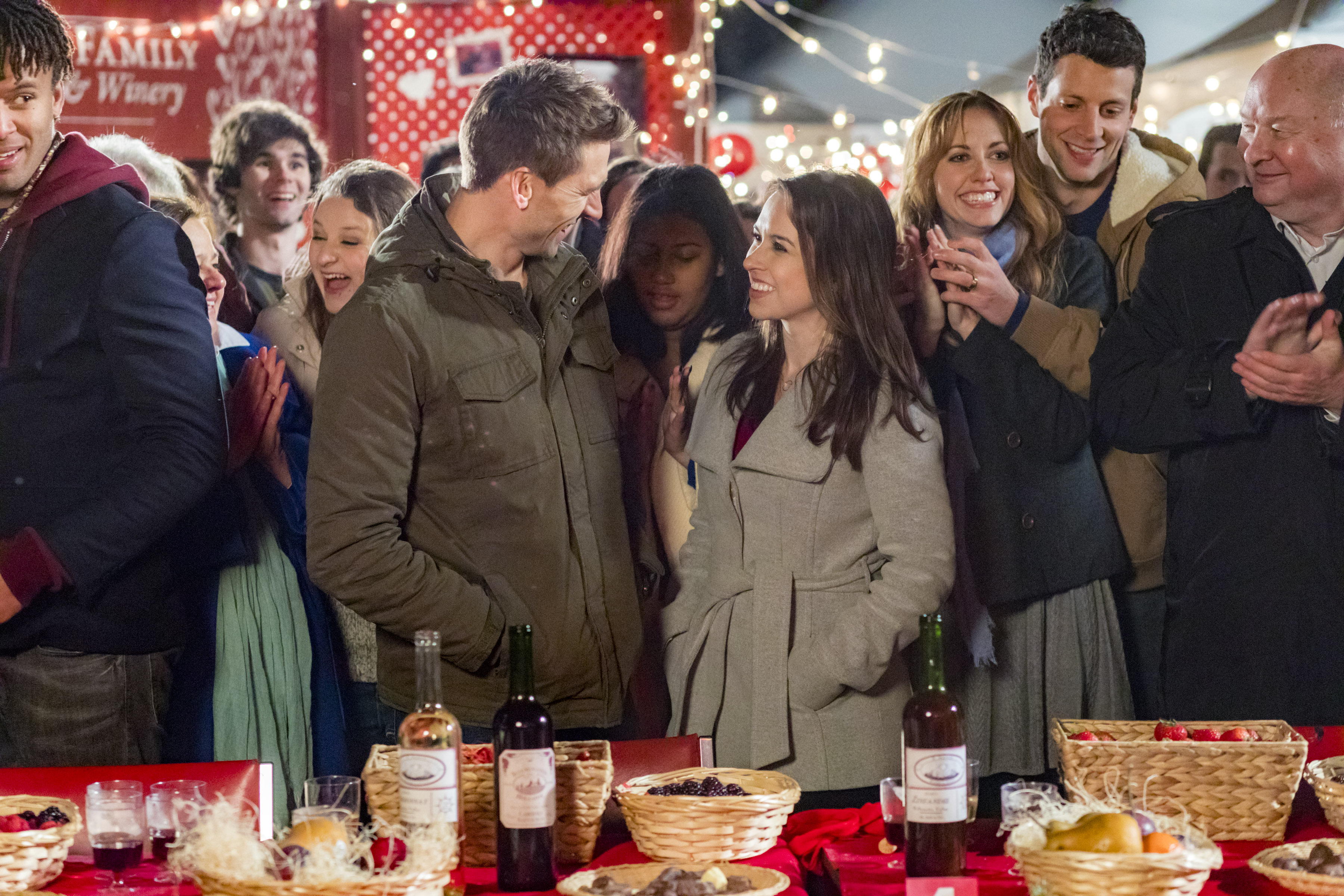 One of the many reasons Hallmark Channel movies are a good time is the cast pairings, and I’d venture a guess that the duo at the center of Saturday’s My Secret Valentine will work together again. Lacey Chabert and Andrew Walker star as Chloe and Seth in a romance set on a vineyard (By Chadsey’s Cairns, which is actually for sale if you’re in the market, and the Grange of Prince Edward Winery.)

Chloe (Chabert) is a Portland restaurant manager who’s plateaued in her current career path when a call from her Dad and a less-than-exciting new job offer send her home to her family vineyard for a week off to consider that offer and decipher a cryptic call from her Dad. Once home, she finds out he’s ready to retire and maybe even sell, and the latter suggestion rattles her more than she expected.

Seth (Walker) is a NYC-based sales rep for Stratosphere, a primarily boxed wine brand that’s interested in buying the vineyard to help broaden their customer base. He’s sent west to close the deal, and, of course, once he really understands the family part of family winery, that’s harder to do.

There’s also a budding pen pal friendship happening between Seth and Chloe that neither realizes is with the other. Seth rents the family’s cabin and and Chloe welcomes the renter with a chalkboard note. Then he starts fixing things up and offering her friendly, flirty chalkboard advice. While the two get more fractious about the possible buyout (with the exception of a really lovely heart-to-heart), the pen pals get friendlier, which creates quite the setup for a reveal.

It’s super sweet, and y’all know where we stand on Walker. We’ve definitely been spoiled to have him now in three films since October. In one of the BTS videos on Hallmark Channel’s website, he fairly gushes about working with Chabert, and you can tell they had a great time. So much so, that almost half of the press stills are of scenes that are not in the final movie (boooo!).

Altered Carbon Series Premiere Preview: "Out of the Past"