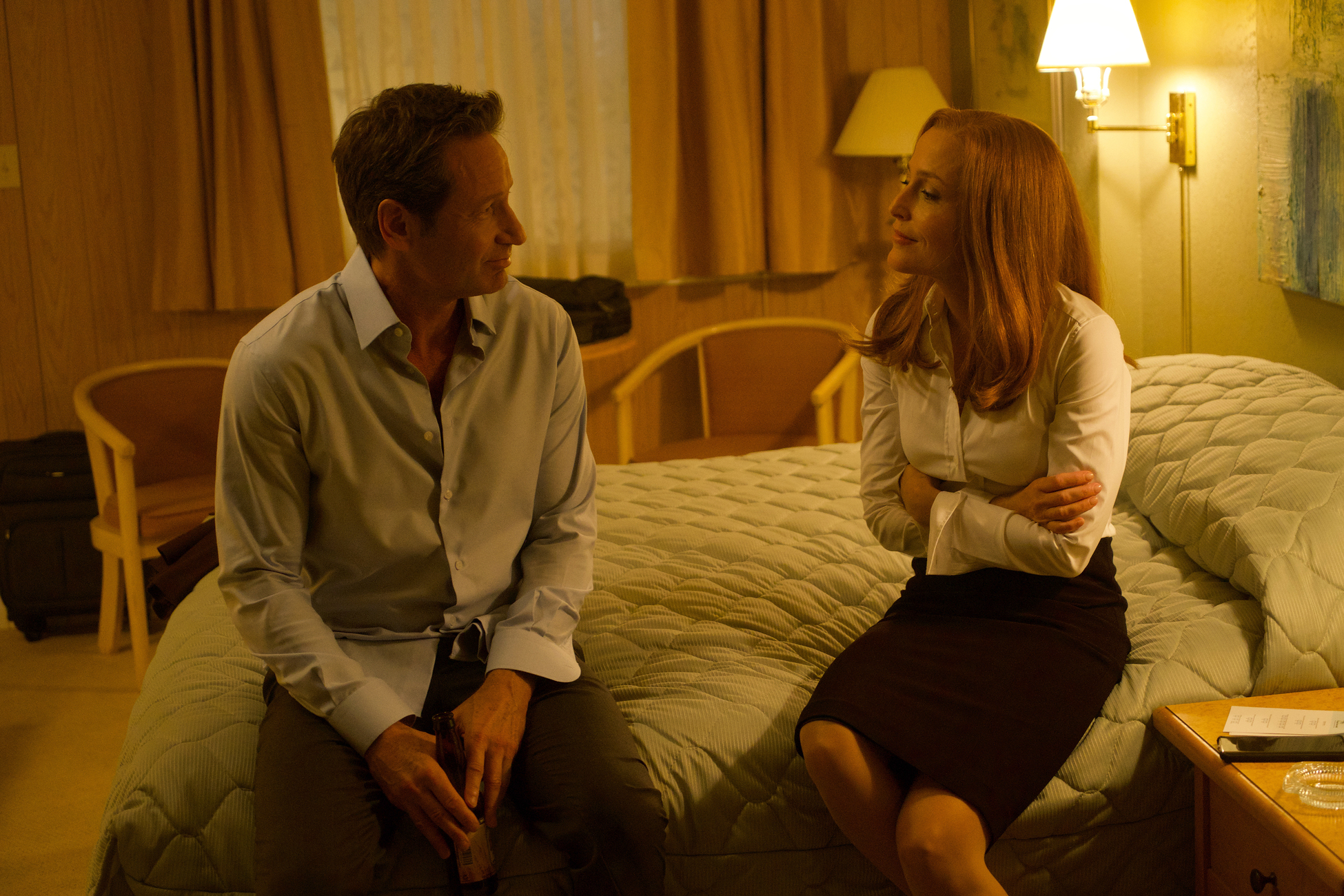 The X-Files continues its fun nods to the OG run with guest star Karin Konoval, who was the horrifying Mother Peacock in the Season 4 episode, “Home.”Â  Here, she plays Chuck and Judy, a pair of twins whose connection to each other has particularly deadly implications.

Konoval has a ball playing both roles, and gleefully taking the piss out of Mulder and Scully as the siblings. The case kicks off with a cold open car accident that Mulder later recounts to Scully. He doesn’t exactly convince her it’s an X-File until he drops “mass hysteria” into the mix and then she agrees to the road trip.

When they hit town, they find the twins and then try to unravel exactly what it is they’re doing, and each are left rattled by their encounters with them. Left to share the last remaining motel room, they also have a heart-to-heart chat about where they are and where they’re going, and in typical X-Files fashion, it’s a lot of tell and a little show, but we’ll take what we can get. Do set those DVRs to run a minute over, though. Just saying.

It’s a fun monster of the week episode that’s a little OTT and ridiculous here and there, and yet it also takes the time for some heartfelt discussions about faith and aging, triggered by Scully’s interactions with Judy. That’s not a bad thing since it moves the needle on whatever it is she and Mulder were/are/could be again.

I love that Konoval (Dirk Gently’s Holistic Detective Agency, The Exorcist, and the new iterations of the Planet of the Apes films) was invited back (she was also Madame Zelda in Season 3’s “Clyde Bruckman’s Final Repose“), and that she got to go to town.

The X-Files airs Wednesdays at 8 pm/7c on FOX. Here’s a sneak peek:

Being Human Preview: “For Those About to Rot” [PHOTOS AND VIDEO]