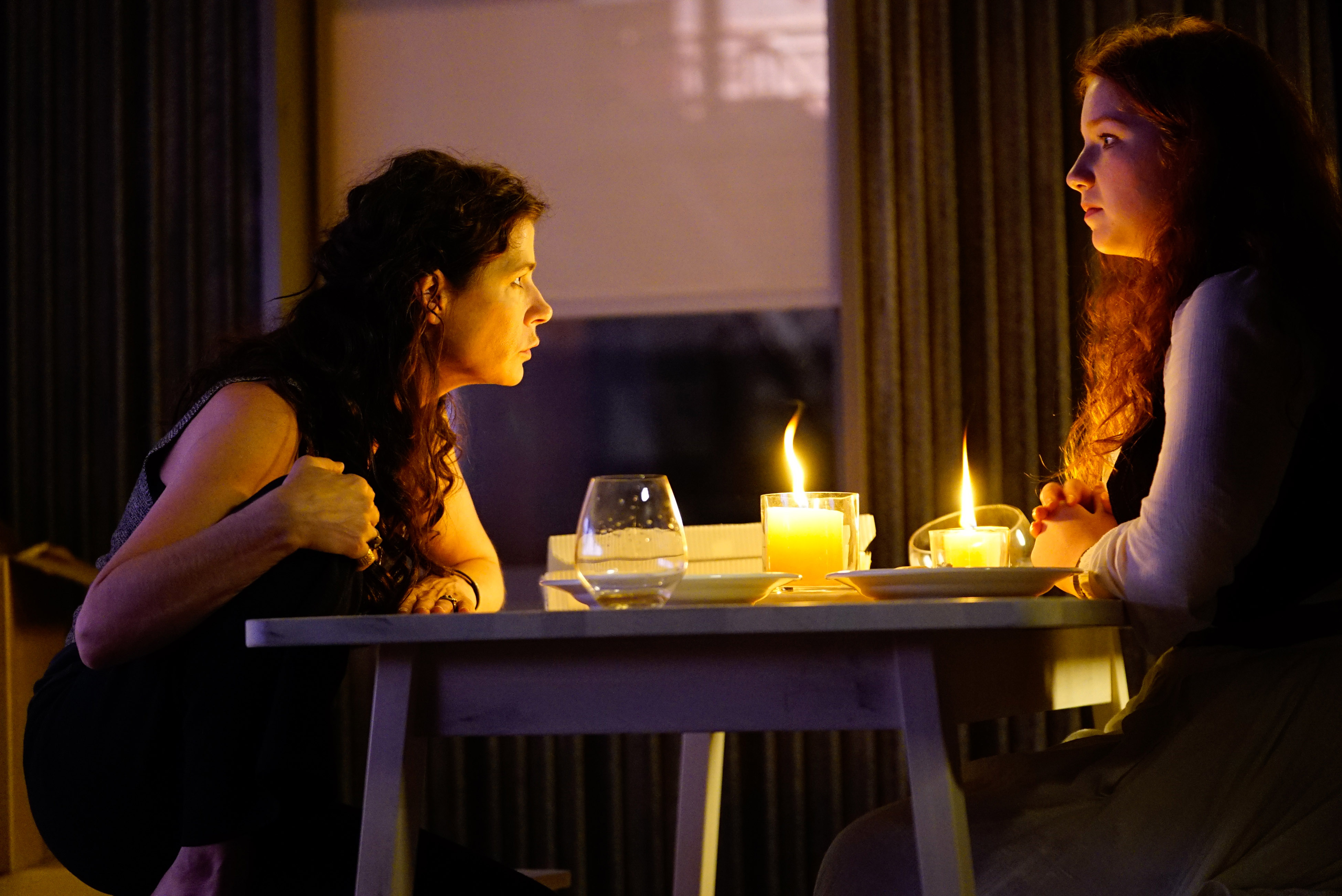 The short stories being adapted for Philip K. Dick’s Electric Dreams were all written in the mid-1950s and although the themes are relatively timeless, elements of the setting and technology need updating in order to propel it into our “future”.

PKD wrote the short story “Foster, You’re Dead!” as a response to Cold War paranoia. In adapting it for 2018, the main character is from outside the totalitarian-governed Eastern Zone where constant surveillance and security checks makes its inhabitants feel “safe” from the constant terrorist attacks the news reports on.

Although it is meant to be futuristic, the real anxiety it creates in how very possible the situation feels today.

Foster Lee (Annalise Basso, Cold) and her mother, Irene (Maura Tierney, The Good Wife) arrive in the Eastern Zone for a year-long stay for Irene to act as the representative of the Western bubble communities who refuse to live under the Eastern regime.

Although her mother is a tireless advocate for the freedoms the West has preserved, Foster has to spend her days in high school where all she’d like to do is fit in and make friends.

Her anxiety is high naturally and a series of terrible, but typical, high school mishaps leaves her feeling incredibly lonely and upset. The first step in fitting in, in her mind, is getting a “Dex”, the personal tracker that the vast majority of students have. As her mother has refused to get her one, she has a classmate hack in and order one for her.

Even with the Dex, she’s ostracized and humiliated. Her only comfort is the customer service agent in her Dex, Ethan (Connor Paolo, Revenge) who is becomes friend, confidante, and technical support. Through the application of “Hear Gel”, only she hears Ethan’s voice and when he warns her that there seems to be suspicious activity going on at her school, she follows his instructions in order to track down the perpetrators.

When Ethan’s demands become more insistent, Foster starts to wonder how real he is. Her father had a mental breakdown before dying and she worries that she’s hearing voices in her head the way he did. Despite her misgivings, Ethan convinces her to stage a terrorist attack at her school in order to flush out the “real” terrorists in their midst.

Her attack attempt becomes a springboard from which the Eastern Zone government, headed by Odin (Martin Donovan, Legends of Tomorrow), is able to arrest her mother under charges of brain-washing Foster to commit a bombing.

As a ward of the state, Foster becomes the face of a new era of Dex-surveillance and mandated tracking. She is escorted everywhere by Ethan, her Dex-friend, in the flesh who keeps her calm and happy.

In the final scenes, an epilogue montage reveals that Odin and Ethan used Foster’s Dex to gas-light her into commiting the attack in order to arrest Irene and create even more fear so that security could be heightened even further in the Eastern Zone.

A grim story with a depressing ending (PKD’s specialty!) but what really struck chords with me here was how universal high school awfulness is. We get all the usual suspects in the student body – bullies, queen bees (male and female), misfits, and victims.

Foster’s first day starts with her setting of the security alarm for not having a Dex and, when everyone finds out that she’s from the Western bubbles, she is immediately accused of being a terrorist because “everyone” out there hates the Eastern Zone and wants to blow it up.

Her mother isn’t much help, so preoccupied with making her voice heard as Western advocate that she bulldozes over Foster’s concerns about school and having a Dex. The interactions between mother and daughter, or rather, the reactions Foster exhibits in the face of her mother’s rants, are brilliant.

The key to making Foster compliant to Odin’s plan is to keep her isolated and frightened. By causing her to behave oddly in front of anyone interested in helping her, Ethan creates increasingly intimidating barriers for a scared and insecure teenager. It’s a psychological crime of horrifying intensity.

Intellectually, the story has many plot-holes but that’s not really the point here. “Safe and Sound” successfully conveys the potential dangers unchecked government surveillance presents in combination with attractive technology and prevasive fear-mongering.