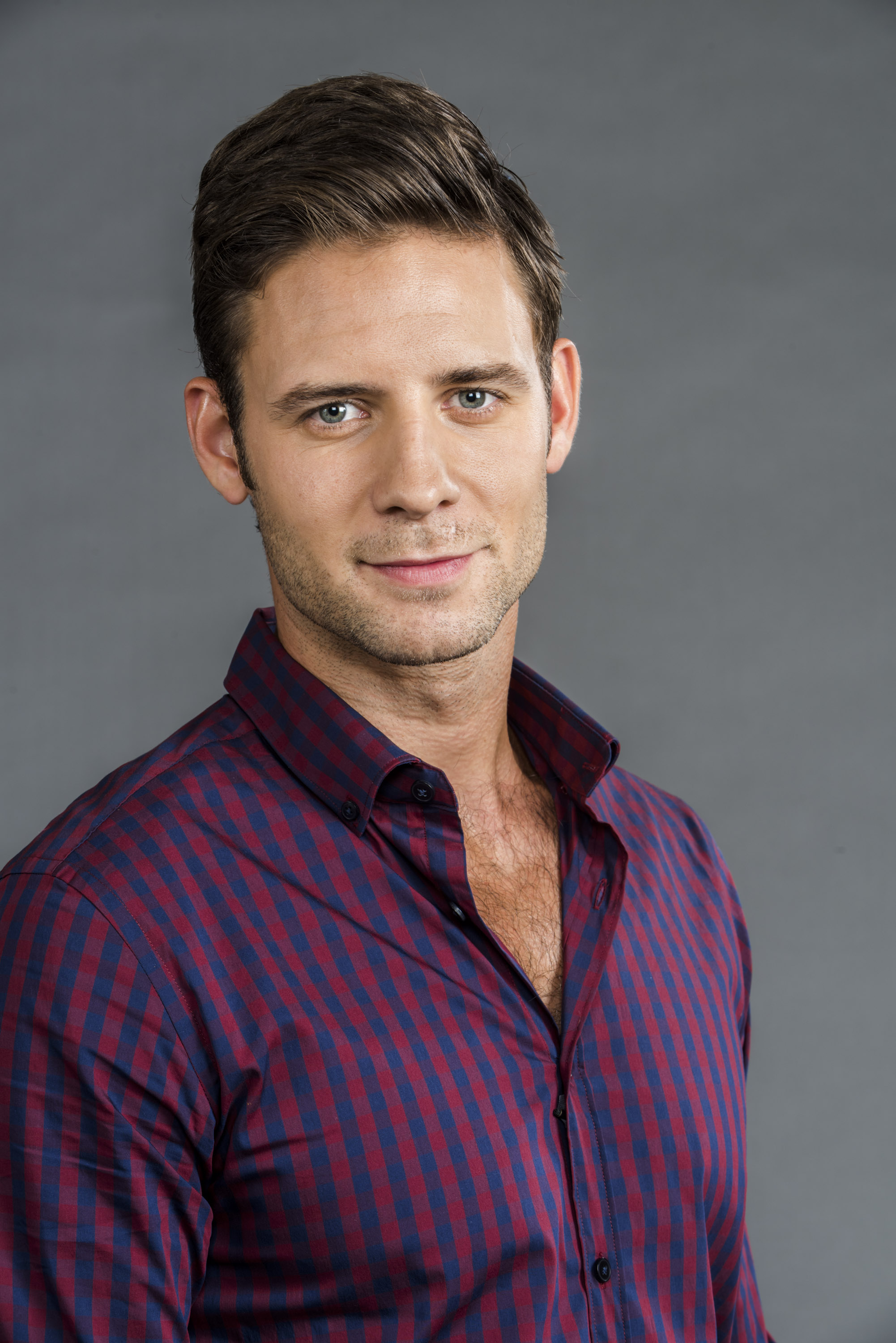 When Riley Vance is hired after a case of mistaken identity, she keeps the truth a secret so she can help her boss William Young save a town at risk of losing their main livelihood just before Christmas even as she gets closer to William. Photo: Steve Lund Credit: Copyright 2015 Crown Media United States, LLC/Photographer: Christos Kalohoridis

Christmas is tomorrow which means today we’re wrapping up our 12 Days of Hallmark Holiday Favorites.

We’ve loved showing our appreciation for the actors that have starred in these sweet, entertaining movies.

My final pick? Steve Lund. You may recognize this actor from his werewolfin’ days on Syfy’s Bitten. Or as the Colorado Kid on Syfy’s Haven. Or even his stint on Pop’s Schitt’s Creek or The CW’s Reign.

On Hallmark he’s grown into one of the channel’s go-to guys come Countdown to Christmas time.

His credits include this year’s The Christmas Cottage; 2015’s Christmas Incorporated and 2014’s Best Christmas Party Ever.

Lund’s perfect for these movies. He’s hot (yes, call me shallow), talented, charming, he makes every scene he’s in fun and he has chemistry with all of his leading ladies. I definitely see why Hallmark adores him. If he’s listed in the credits, it’s a good bet I’m going to watch.

Case in point: The Christmas Cottage, which also stars Merritt Patterson. She plays Lacey, a sleek set-in-her-ways interior designer who’s involved in a very practical relationship with her boss. Ean (Yes, that’s Ian with an “E”) is an up-and-coming chef who gains inspiration for the meals he creates from his extensive travels around the world.

Yes, he’s a go-with-the-flow kind of fella while every single second of her day is scheduled. She has a plan to follow and nothing is going to veer her away from said plan. That is until Lacey reconnects with Ean when her friend â€” his sister â€” is getting married. They’re both in the wedding party (she’s maid of honor, he’s best man) and so together they’re tasked with preparing the family cottage for the honeymooning couple.

There’s a story about this cottage. Couples who spend Christmas in this awesome abode will experience everlasting true love and happiness.

You know how these movies are. They’re predictable. But with this one, it doesn’t matter. You get caught up as these two try to work their way back to each other. He represents a way for her to loosen up and remember the way she used to be when she knew how to have fun. She helps him find purpose with his life and career. The two are a winning team.

In Christmas Incorporated, Lund gets to be the one that’s by the book and has what’d you call a non-existent relationship with Christmas.

That, of course, changes for William when a new assistant comes into his life. Riley â€” played by Shenae Grimes of the CW’sÂ 90210 reboot â€” makes it her mission to bring the holiday spirit back to him.

Sure she accepted the gig under false pretenses but she does an admirable job when the two take on the challenge of saving one of his company’s toy factories. The big bad board wants to do away with it, but Riley and the small town where the factory is located would like to prevent this from happening thank you very much.

Riley’s enthusiasm for Christmas is infectious, not just for me but for William. It’s joyous to see him open his mind to what’s truly important this time of the year. Riley has to figure out a way to climb past all his baggage. William is quick to learn how smart, talented and creative his new assistant is and, well, spoiler alert, she doesn’t stay his assistant for long.

Lund also gets bonus points for the seriously awesome skating skills he got to show off in a scene where William and Riley hit the ice rink. Apparently, the Canadian actor once had a hockey career.

Best Christmas Party Ever isn’t what I’d call the greatest title for a holiday movie but the concept does involve a couple of competing party planners.

Once again, Lund’s role is to be the more spontaneous one with the big ideas while One Tree Hill‘s Torrey DeVitto is the buttoned-up, straight-laced events producer. As you’d expect, the bumpy road to romance involves lots of conflict, collaboration, flirty moments and even some jealousy thrown in for good measure. But it all evolves into the perfect partnership and romance, which is why we watch these things, right?

Lund shines in each of these projects and Hallmark would be wise to continue to showcase him in as many movies as possible. Maybe even a series.

Here’s where you can see Lund over the next week: