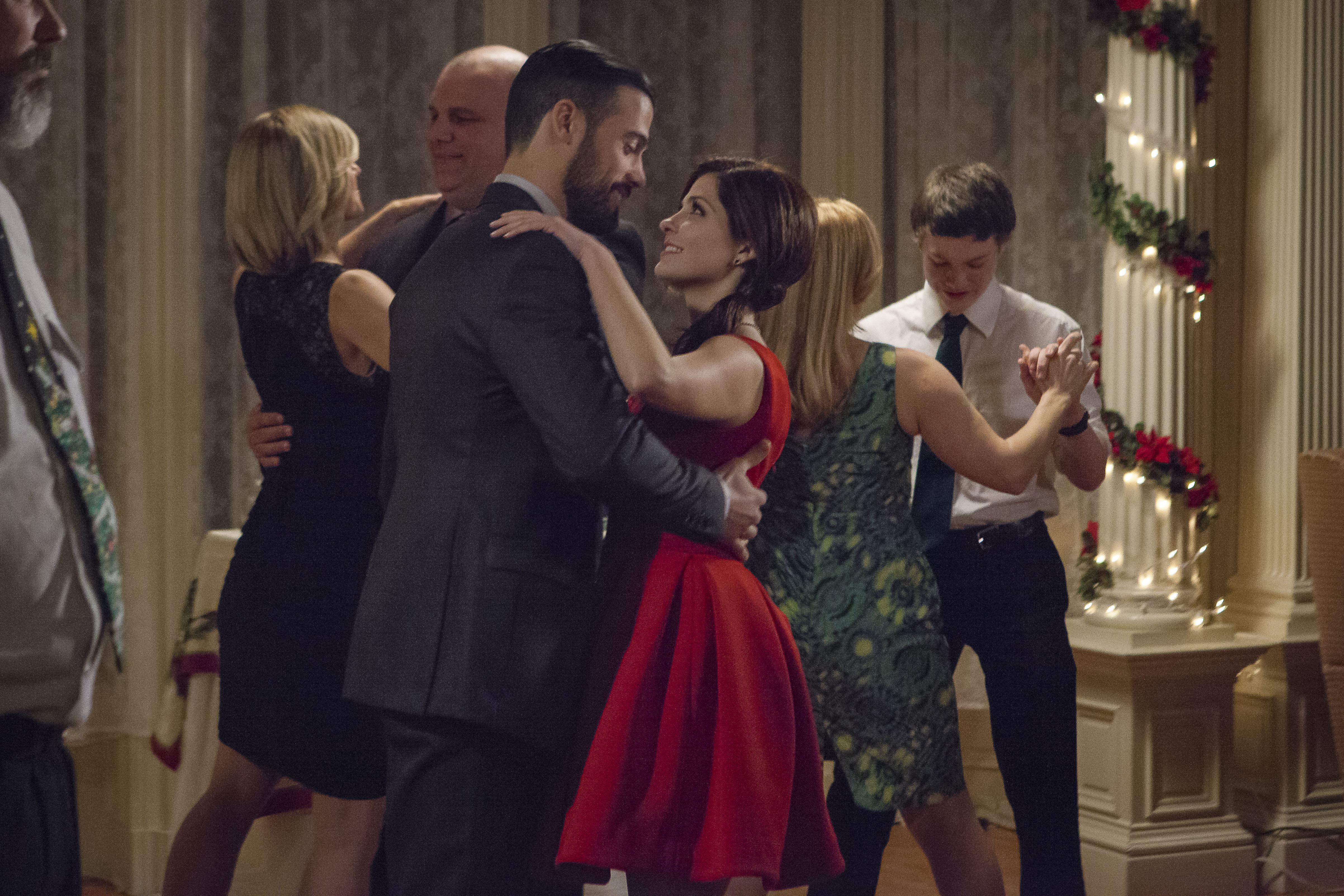 We’re dialing it back a couple of years for our next installment of 12 Days of Hallmark Holiday Favorites, to 2015, when Jen Lilley headlined Lifetime’s The Spirit of Christmas. The time-traveler themed holiday romance is especially lovely, and it’s no surprise that it’s distribution has since branched well beyond Lifetime to several streaming outlets. When I interviewed Lilley this past summer, we talked about the film, which is near and dear to her heart, too.

“It was, to me, very Kate & Leopold. That’s so one of my favorite movies. [The Spirit of Christmas] is probably my favorite movie I’ve worked on. Hallmark is my favorite company to work for, hands down. But there was something so magical about [this film],” she shares.

“And it’s because the director, David Jackson, the Director of Photography, Michael Negrin, and the lead actor, Thomas Beaudoin, and I lived in this beautiful mansion that was the house [in the movie]. It was just the four of us in the house for three and a half or four weeks.”

“That was really a cool experience and it’s very different from how you would ever do [things. The movie] was acquired by Lifetime, and very much shot at as an indie. ItÂ  was a really magical experience and I love those three men. I love all of them.”

“They’re all just a well of goodness and depth and knowledge. I loved conversing with them. We would all make family dinner every night and cook together and sit together and have these wonderful conversations around the dinner table.”

“We were there for four of the five Boston blizzards. It was a record-breaking year. It was super, super cold and my character was always running outside without a coat on. I’ve never been colder in my life.”

“It added another element of charm. We’d wake up every morning and there were another two feet of snow. Thomas is from Montreal, so he was like, ‘This is a joke.’ If we needed to drive, he was the only one who knew how to drive on ice. We were not starving. We’d just go out. Whatever store was open, we’d figure it out.”

The Spirit of Christmas airs Sunday at 2 pm/1c on Lifetime and is available on Amazon, Netflix and Hallmark Movies Now. Here’s a sneak peek, plus a couple of behind the scenes clips that Lilley posted on her You Tube channel to show you what a terrible time they were having.