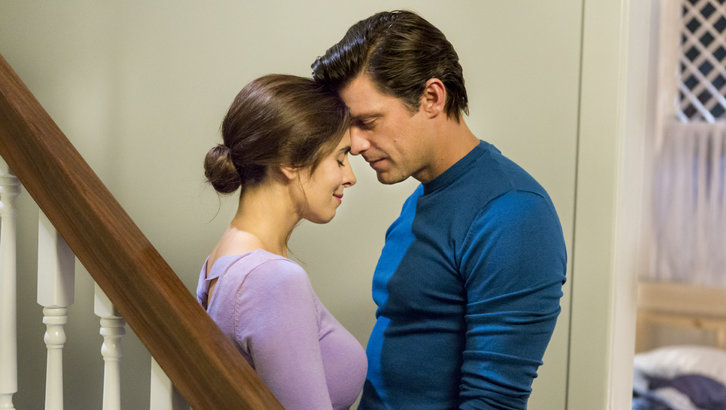 The celebration of our favorite Hallmark Channel and Hallmark Movies & Mysteries Holiday all-stars continues. For my first choice, I’m going with one of our TV Goodness favorites, Greg Vaughan.

He currently stars as Eric Brady on NBC’s Days of our Lives. 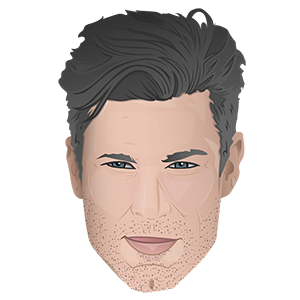 Just in case you didn’t know this, he even earned his own DOOLMoji this week. That’s definitely something to celebrate.

I recently spotlighted one of his holiday movies that aired this year on another network (A Very Country Christmas). Thankfully, one of his Hallmark flicks is re-airing this weekend.

The Christmas Note is based on a best-selling novel and at its heart it’s an uplifting story about a budding friendship between two women that slowly strengthens into a much deeper and satisfying connection (I’m not going to give the connection away despite the movie being a couple of years old).

Jamie Lynn Sigler and Leah Gibson star as two women who turn to each other for very different reasons. Sigler’s Gretchen Daniels has returned home after her military husband â€” played by Vaughan â€” was injured in the line of duty. While he recovers overseas, Gretchen’s at home where she reconnects with her parents, takes care of her son and establishes a dynamic with her neighbor, Melissa McCreary.

Gretchen spends her time helping Melissa find out who her long lost sibling is. The action that unfolds is pretty emotional. It’s also interlaced with phone calls between Gretchen and her husband, who’s hoping to make it home to his wife and son for Christmas…but it doesn’t look good.

While Vaughan’s role in The Christmas Note is a small one, he makes the most of his moments and then when his character and his wife are reunited at the end of the movie (that’s a bit of a spoiler but one I’m sure all lovers of holiday movies aren’t shocked to discover), it’s sweet and sappy and all of that good stuff.

Vaughan was also in a 2011 flick for Hallmark Channel called Love’s Christmas Journey. For the life of me I don’t know why the movie isn’t repeating this holiday season because I really liked it. I originally discovered it on DVD.

The cast is great. It starsÂ All My Children and Pretty Little Liars actress Natalie Hall,Â Orphan Black and Midnight, Texas actor Dylan Bruce, as well as Poltergeist‘s Jobeth Williams, Stranger Things‘ Sean Astin, The Nanny‘s Charles Shaughnessy and Bobby Campo from Being Human US and Scream: The TV Series.

Hall and Vaughan play brother and sister. Ellie visits Aaron after she’s widowed and she ends up caring for his two kids when he travels out of town. Once again, Vaughan plays a guy who struggles to get home by Christmas. Because when Aaron’s on his trip, he ends up missing in action. His character goes through hell to get back to his children.

And while you’re checking out Greg’s Hallmark credits, you may want to look up one of his non-holiday offerings. He appeared along with his Days of our Lives costar Alison Sweeney in a 2013 movie Second Chances. In this one, he’s not a father nor is he trying to get home for Christmas. He actually plays an injured firefighter who ends up living with Sweeney’s 911 emergency call center operator because she’s trying to make ends meet for her and her two smart, resourceful kids.

It’s a sweet flick I highly recommend. And fun fact: while Sweeney and Vaughan play love interests in Second Chances, on Days of our Lives they play twins Sami and Eric Brady. Sweeney left the soap opera back in 2014, but recently wrapped up a two-month stint when Sami returned to Salem to find out her son that died is really alive.

After watching Vaughan in these different roles, I’m all for him leading his own Hallmark movie in 2018. Hopefully my wish will come true.

The Christmas Note repeats Sunday Dec. 17 at 5a.m. / 4c on Hallmark Movies & Mysteries. You can pick up a DVD of Love’s Christmas Journey on Amazon (it’s a steal). Oh and heads up: Second Chances repeats on brand spankin’ new Hallmark Drama Sunday, Dec. 17 at 10:30am/9:30c.

You can also catch Greg Vaughan on his day job, Days of our Lives, weekdays on NBC. Check your local listings for times. And if you really want to do a deep dive, check him out as the smokin’ hot Calvin on the hit series, Queen Sugar.