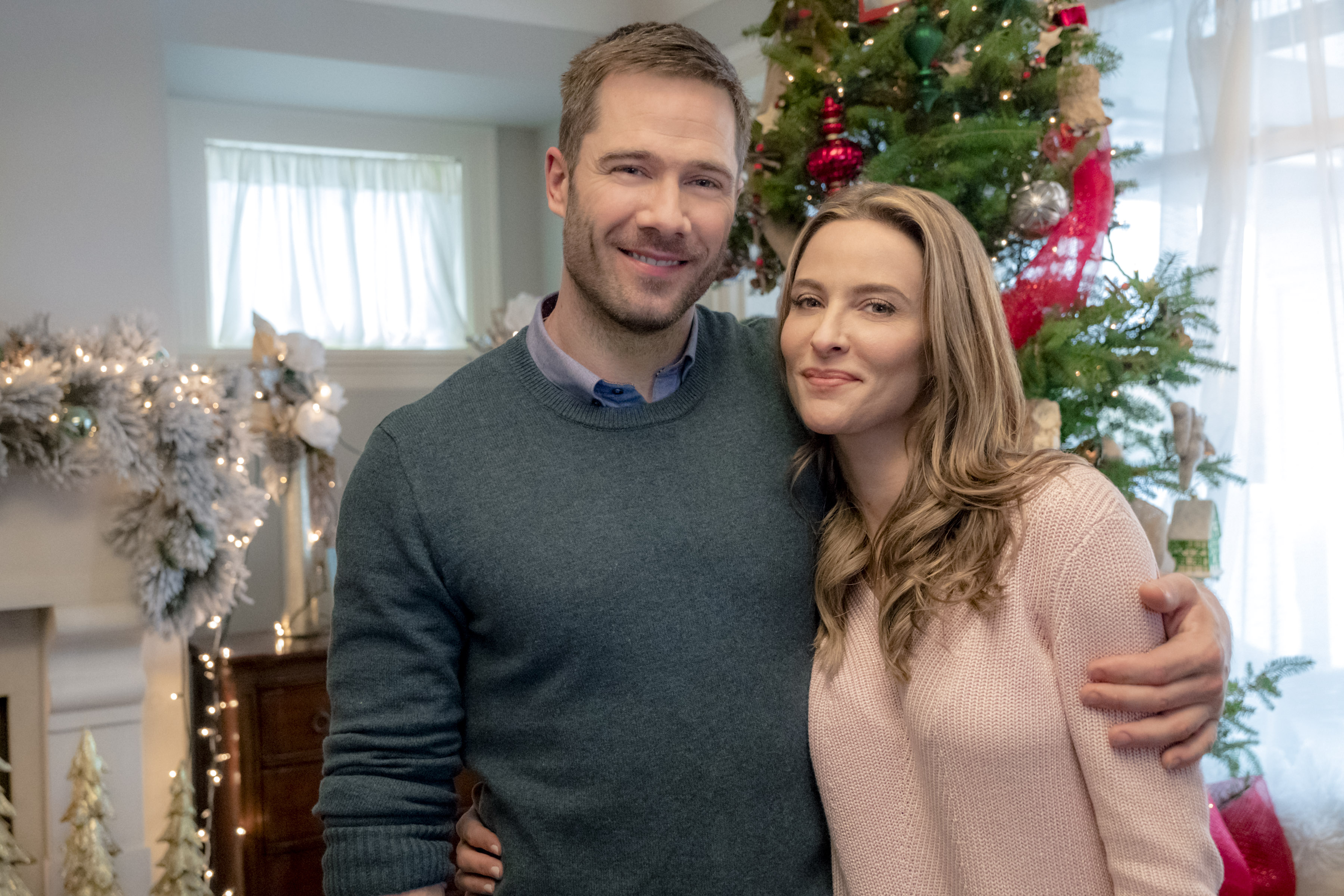 Christmas is a season of favorites. Here at TV Goodness, we’re fond of our Hallmark holiday movies, and we’re doubly fond of Luke Macfarlane, who headlines his third Christmas movie in a row this Sunday, co-starring alongside Jill Wagner in Karen Kingsbury’s Maggie’s Christmas Miracle on Hallmark Movies & Mysteries. Macfarlane was kind enough to get on the phone with me again this week to chat about the film, his recent play in LA, and Killjoys‘ two-season renewal, which begins production next month.

The new film was a bit of kismet from Macfarlane’s relationship with David Rosemont, who was a producer on PBS’s Mercy Street, and director Michael Robison, who has worked on Killjoys. It’s a more wistful film than his last two season movies, 2015’s Christmas Land and 2016’s The Mistletoe Promise, and the first one based on a book.

“I always enjoy making [these films]. I really do. David Rosemont had worked on Mercy Street and when my name came up [for this], he said I’d be great. Michael had directed Killjoys, so [it all came together],” he explains.

“The ones on Hallmark Movies & Mysteries are a little less quirky, and a little more serious and heartwarming. This one is going to make you cry. It’s based on a book by Karen Kingsbury, [who] came to visit the set. She’s a really amazing, lovely woman.”

“It’s about a guy who comes to the city with his wife, who’s sick, and she passes away. He’s got this small store, and he eventually tutors Jill [Wagner]’s son and they fall for each other. He brings them together. I got along with Jill just like a house on fire. I knew I was going to like her immediately. She reminds me of my twin sister. Sheâ€™s funny. She’s just like a broad. I really, really adore her.”

Audiences in L.A. had the opportunity to see Macfarlane on stage this fall in Big Night, which turned out to be unintentionally timely. “It was a wonderful opportunity. Wendie Malick was incredible. [Our director was] Walter Bobbie, who directed Chicago. Paul Rudnick is one of the great comic playwrights,” he shares.

“It was a great cast and really wonderful script. It was challenging as a comedy because we were dealing with gun violence and the aftermath of a Pulse nightclub-type shooting with this group of people in a hotel room right before the Oscars, and how they deal with that and process it.

The Las Vegas shooting occurred during the run of the play, and that led to an additional layer of challenges and insights. “You’re always grateful as an actor to work through things that are in the social conscience,” he says.

Killjoys wrapped its third season in September, and we’re thrilled it will be back for seasons four and five. So is Macfarlane, who says it was a lovely surprise, as was the arc that found D’av and Dutch reunited. “[The renewal] was totally unexpected. I really was hoping they’d just pick us up for four episodes to give us the chance to wrap up our story. I was totally shocked,” he recalls.

“We’re super thrilled and excited, and Michelle [Lovretta] gets to properly wrap up her story. At the end of last year, I was sensing anxiety about that [in terms of], ‘Do we end it forever?’ In the middle of [last season’s arc, I was wondering, ‘Where am I going? What are you doing with me, writers?'”

“But I was really, really happy with where it went. I remember a brief encounter with Michelle. I was in the hallway chatting with Hannah, and Michelle came up. Hannah is really articulate and smart about talking about character stuff and Michelle asked, â€˜What are you thinking happens with D’avin and Dutch at the end of the season?â€™”

“In her mind, I think she’s always felt like they have a future together romantically but had never really wanted to push that or has really always wanted to take her time, but when you’re writing what might be your final episode, what do you do about that? What do you give them? What don’t you give them? I think Michelle has liked the idea of bringing two people together that are really unexpected. Part of the unexpected is taking the time to let people slowly warm to it. Anyway, I really enjoyed where D’avin came to last year. I [don’t know] what the next two seasons hold for us. Zero idea.”

With Killjoys completing production next summer, Macfarlane isn’t yet sure what will follow, but he has time to figure it out. “Killjoys is my fifth series, and my first to come to an end on its own terms. I’m very happy about that,” he says. “I do love TV and [afterÂ KilljoysÂ ends], I want to be on another series. I do not know what comes next for me. I have no idea what that looks like.”

Lucifer's Fall Finale Takes a Stab at "The Sin Bin"