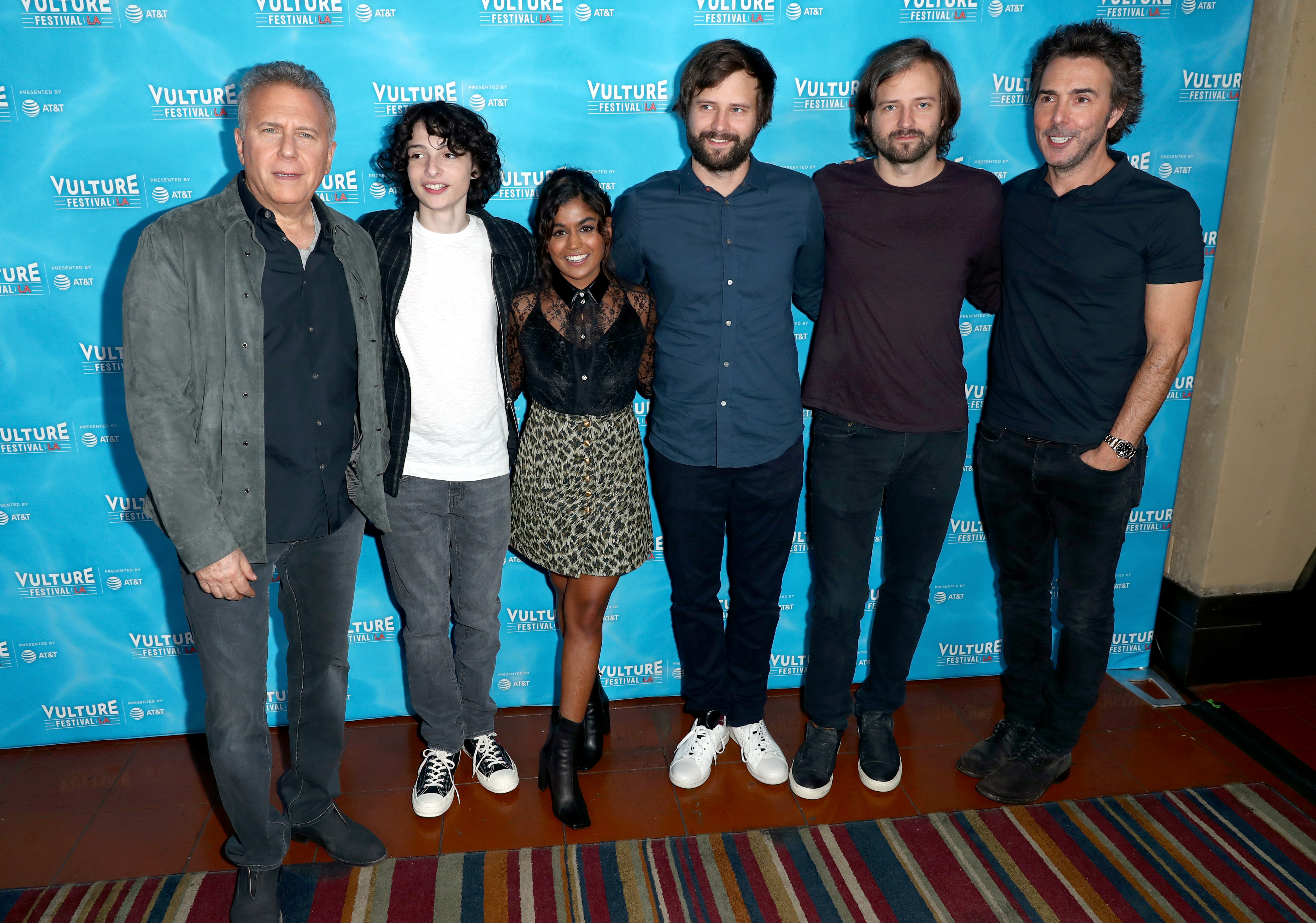 We are pretty serious fans of Stranger Things here at TV Goodness. So when Vulture Festival announced that they were going to have a panel for the show, I knew I had to be in the audience. The crowd was mostly female and younger, which I loved. The volume they emitted when Finn Wolfhard was introduced was almost deafening, but they had great appreciation for everyone on stage — which was awesome.

Although Netflix hasn’t officially greenlit another season, hopefully that’s imminent. The producers mentioned that briefly, but the rest of the discussion ranged from everything to the success of the show to talking to Ghostbusters producers Ivan Reitman and Dan Aykroyd to casting Sean Astin as Bob the Brain to The Steve/Dustin dynamic and more. Here are some highlights:

On the reaction to S1 and coming back for S2

Shawn Levy: “We knew it was good. We didnâ€™t know if anyone would watch it. And then the challenge as we went back to work [on S2] was all this noise, all this awesome cultural noise. [We were] loving it, but also knowing when to tune it out and just get back to work.”

On clearing the use of the Ghostbusters costumes

Shawn: “It wasnâ€™t easy. I feel like as soon as I read the outline for that first episode I was likeâ€¦thatâ€™s gonna be hard. As has happened often on our show, Netflix goes through conventional channels and we are told no. It happened with the Millennium Falcon in Season 1, it happened with Ghostbusters.

So I go to the brothers, â€˜How important is this?â€™ And theyâ€™re like, â€˜Itâ€™s pretty fucking important.â€™ I didnâ€™t notice if thereâ€™s children [in the audience.] Sorry, but I think youâ€™ve heard that.

And so what we ended up doing was I found a way to get a phone call with the three of us and Ivan Reitman. I think he knew of the show. Iâ€™m unclear as to whether heâ€™d watched it. He knew it was pretty popular and we described how we wanted to use it and we were able to turn the no into a yes. Thatâ€™s what producing is, just finding ways to get what is needed.”

On the challenges of acting before the special effects were added

Paul Resier: “That was the easiest part. I’ve run down halls from people just yelling at me. I don’t need the [demadog]. This guy seems crazy.

But one of the challenges, by the way, wasn’t the special effects. It’s trying to get through a doorway faster than David Harbour. He’s a big guy [and he was like,] ‘Me first.'” [Laughs.]

On casting Sean Astin and the Steve/Dustin dynamic

Matt Duffer: “Well, initially he was interested in the conspiracy theorist character, Murray. And then we started thinking about him as Bob. We just fell in love with what he did.

Ross: “Bob wasn’t supposed to be that big of a role. Bob was gonna give Will that bad advice, ‘Hey, stand up to the monster.’ Terrible advice. And then he was gonna get killed, but we fell in love with what Sean was doing and thought let’s keep him there. He’s Bob the Brain and he can help with the math. And then suddenly he’s saving the day.”

Matt: “And when we met Sean, he’s wasn’t exactly how I thought he was gonna be. He’s very hyperactive and he has that giddy energy. He’s like a kid. I was like, I haven’t really seen that side of him on screen before. We wrote a little bit of his personality into the role to make it more interesting. So he went from being kind of a dope to being this burst of energy.”

Shawn: “That’s just one of 3 or 4 huge changes. Part of why the show, I think, is weird in a good way is we all came to this not really knowing how to do a TV show. None of us had really done this before.

Not only did they make that change, to Bob who was gonna be dead by Episode 4, but the entire Dustin/Steve storyline did not exist. It didn’t exist and these guys came up with that paring and wrote that entire storyline when we were shooting Episode 4.

They were literally throwing out ideas they thought they loved and replacing them with ideas they loved more, which is audacious but it’s why this show isn’t like other shows. It’s a testament to that.”

Finn Wolfhard: “We have evolutions of the characters. People go through phases. We’re all still growing. At first he goes through this moping…he has no one to impress. He doesn’t really think anyone’s on his side. He’s left in the dark about that, but slowly as the season progresses he gets back into his leader-type mentality where he likes to be the hero. He likes to make situations a little better and try to find out exactly what is happening.

And Nancy’s like that too. They both question reality and they both like to find out exactly what is happening, but Nancy does it in a different way, which is really cool.”

There's A Lot Going On When "Chloe Does Lucifer"

Supernatural Preview: “The Things We Left Behind” [VIDEO]