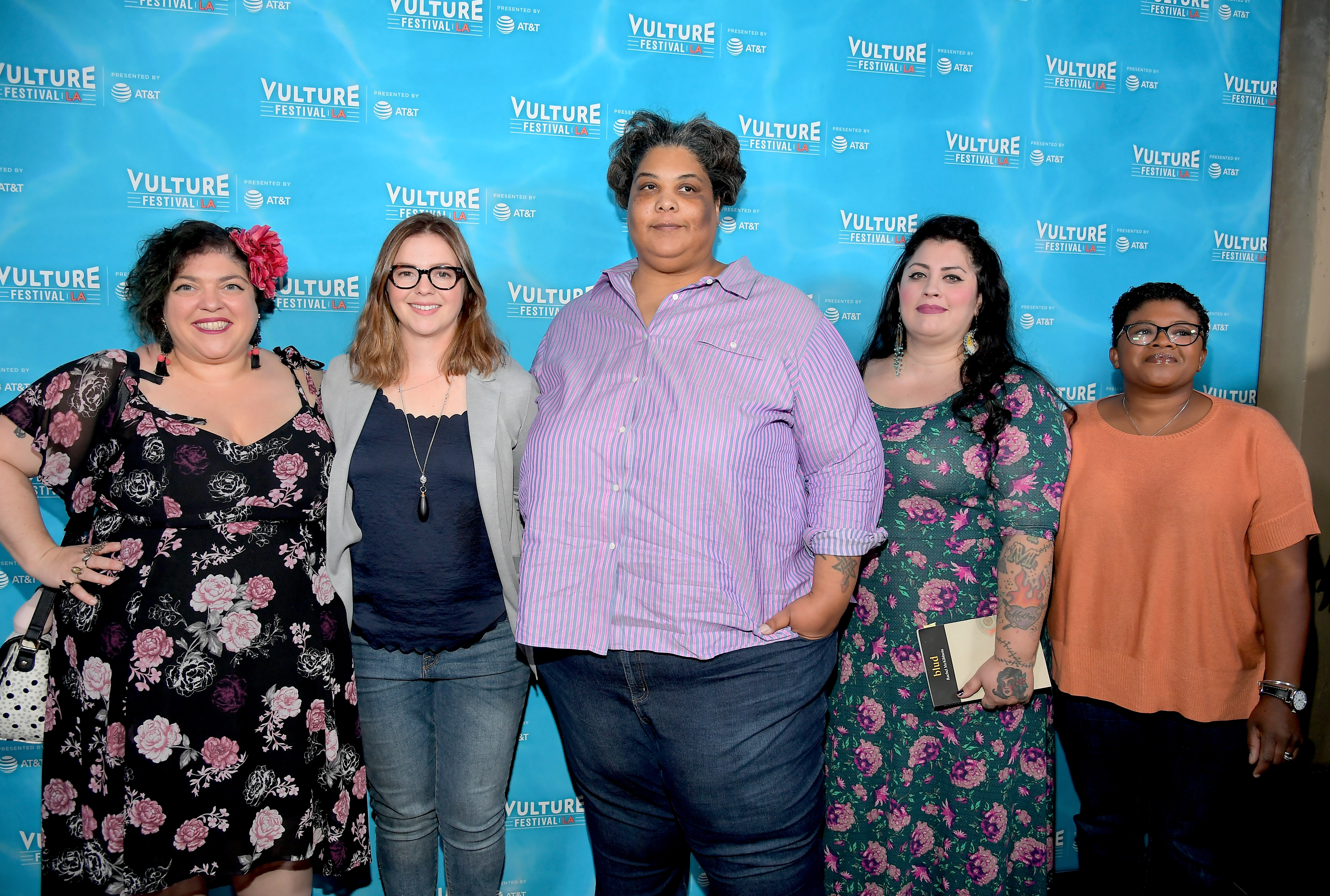 The Feminist As Fuck panel was a great way to start off the Vulture Festival. I heard powerful, emotional, moving works from all the panelists and when someone in the audience, a college professor, asked these women to speak to consent and to give some advice on being a feminist, here’s what they had to say:

Amber Tamblyn:Â “Itâ€™s a tough world out here right now. I think one of the most important things is not only a space in which women are able to tell their stories and be believed, regardless of whether that person being accused is somebody that we like a lot or thatâ€™s a friend of ours, and for fellow allies and other women to also believe those women and know their sense of support.

I think thatâ€™s one of the biggest struggles that I see right now, especially in the entertainment business because thereâ€™s been several men lately who are people that we loved â€” past tense. Now itâ€™s really complicated and to see a lot of people coming forward and saying, â€˜Well, wait a minute. Letâ€™s make a tiny exception.â€™ No. The exceptions are over. Thatâ€™s it and the consequences go from across the board. They go from everything from trying to stick your tongue down someoneâ€™s throat all the way up to rape and worse.

The consequence, in my opinion, for all of those things is that you lose your career and you go away for a while. I donâ€™t think that thereâ€™s sliding scale. Itâ€™s just unanimously you have to go. Youâ€™re done. And thatâ€™s as far as the business is concerned and itâ€™s really disorienting for a lot of people in our business right now.

Itâ€™s especially upsetting and disorienting for cis, white men because theyâ€™re very confused because theyâ€™ve never in their entire lives had consequences that were not served by themselves to each other. Now itâ€™s not them doing it and deciding the fates of their lives. Itâ€™s women. And, I think, thatâ€™s a very scary feeling for them.

To answer your question, I think being allies to one another and trying to figure out how to do that and not serve the purposes of patriarchal narratives, which means making those exceptions and going, â€˜Wait a minute. This was my friend. Wait a minute. Iâ€™ve worked with person. Heâ€™s really nice. Thereâ€™s no way he couldâ€™ve done that. Wait a minute.â€™ All these â€˜wait a minutes,â€™ they have to go. They really have to go.

So, the important message for me is to always say believe first, question later and that we have to stand as a unified front and that you canâ€™t keep looking at just your own future as a woman. You have to be looking left and right and whoâ€™s next to you and whoâ€™s behind you and whoâ€™s not being supported. Who can you bring with you. Because an army is just not strong enough if weâ€™re all not holding each otherâ€™s stories as strongly as we can.â€

With those of us whoâ€™ve experienced assault and trauma, itâ€™s not every day that you want to say, â€˜Me too.â€™ That shit is hard. So, we have to have other womenâ€™s backs so that when you do have the energy to speak up loud, somebody else can sit down for a minute.

Randa Jarrar: â€œAlso, just one last thing: Fuck straight white menâ€™s work. Weâ€™ve all read it, weâ€™ve all looked at it. Itâ€™s over. Just one thing you can do is just read womenâ€™s work and read women of color.

If youâ€™re a young woman, thatâ€™s what you should be doing. Let go of all that canon and create a canon of your own, a loud ass canon and just move forward and essentially remember that there has always been years where weâ€™ve been othered and our voices have been silenced, our voices have been muted. Now itâ€™s time for our voices to be loud.

The guidance is there. The beauty is there and girl gangs also. Girl gangs are good. Form one.”

I didn’t record it — and I’m glad I didn’t because you need to hear it live — Roxane Gay’s giddy and hilarious ode to the movie Magic Mike XXL. She’s a serious Channing Tatum fan and you will have a new appreciation for this film after you’ve heard her talk about it. Having never seen it myself, I will be watching it the first opportunity I get.

You can buy the works of Roxane Gay, Amber Tamblyn, Randa Jarrar, Rachel McKibbens and Attica Locke at your local bookstore or online.