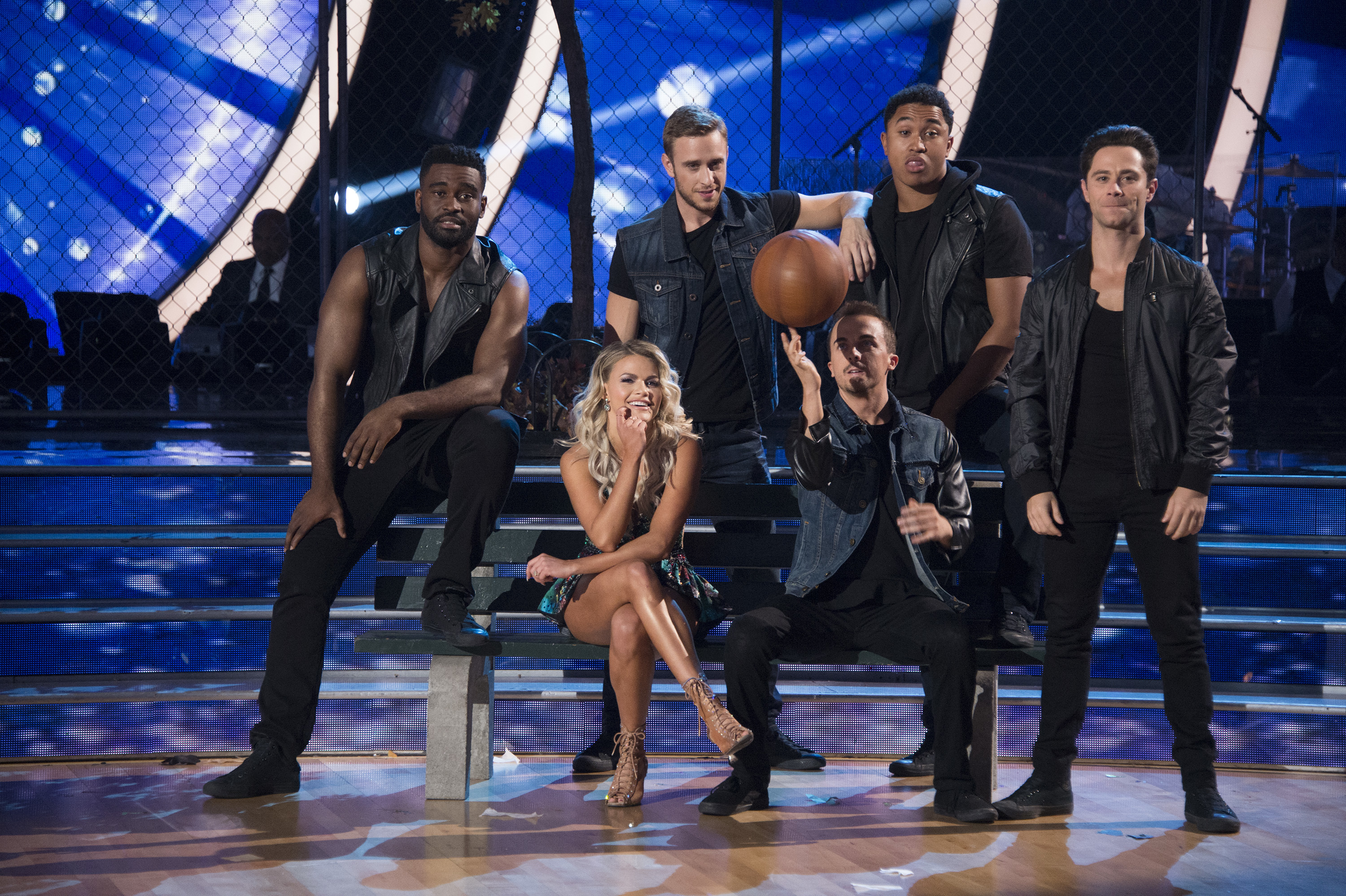 DANCING WITH THE STARS - "Episode 2509" - The five remaining couples advance to the Semi-Finals as the competition heats up in anticipation of next week's crowning of the coveted Mirrorball trophy, on "Dancing with the Stars," live, MONDAY, NOV. 13 (8:00-10:01 p.m. EST), on The ABC Television Network, streaming and on demand. (ABC/Eric McCandless) WITNEY CARSON, FRANKIE MUNIZ

It was the much-anticipated semifinals on ABC’s Dancing with the Stars this week. There were a few injuries plaguing both celebrities and pros. But dance they did. The big question: Did the right couples make it to the finals?

Once again, each team had to perform two dances. The pro picked the first dance which had to fit his or her celeb partner. The second performance was based on an iconic dance from seasons past.

This routine was fun but, unfortunately, their technique suffered a bit. Len got booed for mentioning that, but I have to agree. Drew has fought hard to get this far. His Tango didnâ€™t come across and I think the song choice might have been the problem.

Victoria and Val did a beautiful dance that told the story of her parents. She listened to the judges from last week when they said they wanted her to dig deep into her emotions. This contemporary effort was a simple dance but it gave a clear picture of how her parents didnâ€™t give up on her. Victoria got hurt again at rehearsal.She twisted her foot but, of course, she was a trooper and made it through the whole thing.

Jordan and Lindsay’s Argentine Tango was surprisingly a very plain dance but it didn’t matter. He’s such an amazing dancer you couldnâ€™t really tell. This late in the game, it wasnâ€™t his best routine, but he’s so incredible you wouldnâ€™t know it. A couple of injuries presented a challenge for these two. Lindsay injured her knee in a rehearsal. Meanwhile, we found out Jordan scratched the cornea in his eye. Again, it didn’t matter. They still danced better then most. Sure they didn’t earn a perfect score but yhey were close. Bruno even gave them a 10.

I thought Lindsey and Mark’s Contemporary Dance was so lovely and so well done. You felt the emotion. She matched Markâ€™s dramatics and had fantastic extensions in her arms and legs. The quality of her movements was on point. Lindsey is the perfect partner for Mark.

Everyone loves Frankie! His salsa with Witney was fun and free. He danced slightly above the beat but he came out and went balls to the wall. This kid wants the Mirrorball so bad. There’s no way you could tell, but Witney was also on the injured list. Itâ€™s unbelievable that these pros and celebrities do what ever it takes to dance.

During rehearsals Drew was frustrated because he kept comparing himself to Corbin. Emma tried to tell him he has to be himself, which is true. I thought this dance was fun and he did a great job. They did try a trick that had Emmaâ€™s head very close to the floor and everyone was nervous. Thankfully she survived but was it enough to propel them to the finals?

Total Score for the night: 48

This Charleston was feisty and fun. They nailed it and Victoria gave it her all. The timing was perfect and much better then the first dance. Victoria has shown that she is a true survivor.

Total Score for the night: 56

Jordan and Lindsay’s jive was incredible! Everything was perfection. It was such a difficult dance and they nailed it after injuries and everything. There is not much more to say about these two. Well, there’s one more number that perfectly captures this moment: 30.

Total Score for the night: 58

Lindsey and Mark are a great pair. Iâ€™m not sure if they have the legendary chemistry Meryl and Maks had, but they were sharp and as Len said, it was a proper tango.

Total Score for the night: 57

During the package the trouble they were having worked itself out in the actual dance. Frankie held his breath a little bit, too. His shapes were a little awkward. But it was entertaining. I think that Witney had a wardrobe malfunction but she covered it well.

Total Score for the night: 51

Who’s in the finals?

First couple that moved forward: Lindsey and Mark. Also going to the finals: Drew & Emma. Same with Jordan & Lindsay, which was such a no brainer.

It came down to Frankie & Witney and Victoria & Val.

The couple that left the dance floor: Victoria & Val.

Frankie & Witney are in the finals.

Victoria was very upset, but she is incredible. She has shown that no one should give up when his or her circumstances look bleak.

Next week is the two-night finals. Who will snag the Mirrorball trophy? Itâ€™s anyoneâ€™s game. Did the right couples move forward? Donâ€™t forget to vote!

Next week Season 25 comes to a close when the finals of Dancing with the Stars kick off Monday night at 8/7c on ABC.

Bull Sees the Bigger Picture in “Never Saw the Sign”