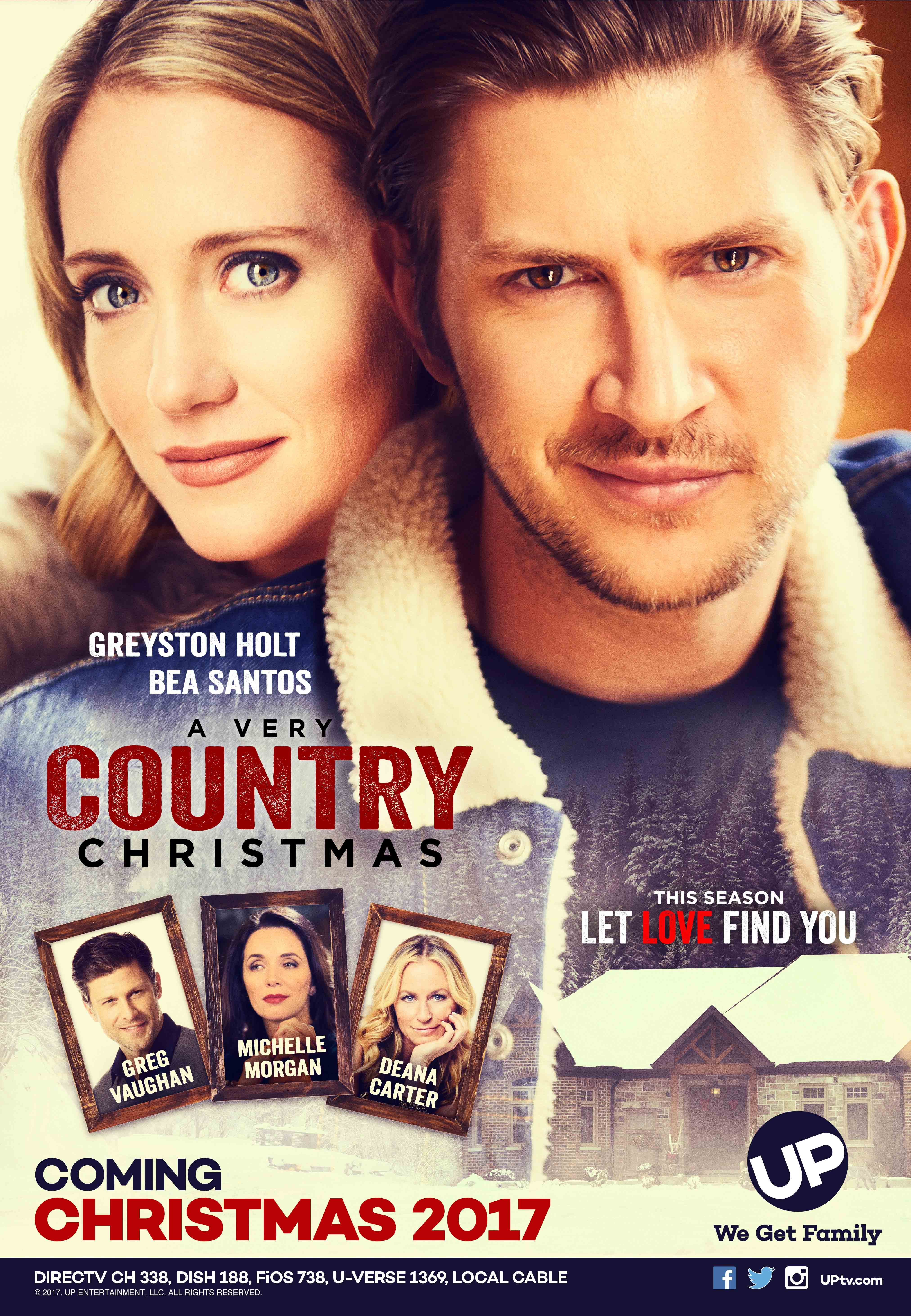 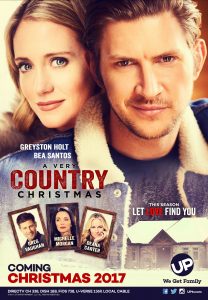 We don’t often do previews for movies that have already aired but we’re making an exception for A Very Country Christmas because it’s an adorable holiday flick and we love the cast. It premiered last Sunday, but it’s about to make a repeat performance tonight.

A Very Country Christmas is based on Karen Rose Smith’s Harlequin novel, His Country Cinderella.

This is one of those Christmas movies where a country singer’s fame and fortune isn’t quite satisfying his soul so he goes on a journey to find his happiness. Zane Gunther takes the most inopportune time to pull a disappearing act, however. He’s about to go on stage and play for thousands of his adoring fans. Instead, he decides to sneak out the backdoor of the arena and go off to the smaller, greener pastures that just so happens to be the town that meant something to him when he was growing up.

In the process of his escaping the insanity and the paparazzi, Zane meets a budding interior designer / single mom who just needs a break. Jeannette’s trying to create a good life for her and her daughter. She’s juggling a lot of things at the expense of any sort of love life. Of course things take a turn when she and Zane have their meet cute, which is really sort of a meet hot, considering Zane’s shirtless at the time.

There are many obstacles in the way of these two getting together. Besides Jeannette feeling she doesn’t have time for a romance, Zane’s hiding out from the vultures that lord over his music career.

There’s also Billy, his manager, who is pressured to track Zane down so Zane resumes his concerts and meet-and-greets and everything country superstar-related.

Will Zane and Jeannette fall in love and live happily ever after? Will happiness prevail? Well, there’s a good chance considering this is a holiday feel-good flick.

In addition to the budding Zane/Jeannette romance, there are some other sweet relationship dynamics at play in this movie. The one that exists with Jeannette, her mom and her daughter is fun. Zane establishes a nice rapport with Jeannette’s daughter. And there’s the intriguing one featuring Zane and his manager, Billy. They both share roots to this small town, but their experiences were way different. But there’s an awesome bond there that we wish they had had more time to explore.

Character: Zane, the country superstar at the heart of this story.

Where You’ve Seen Him Before: Most recently Holt starred in ABC’s summer thriller series Somewhere Between and in episodes of the CW comedy No Tomorrow. But TV Goodness fans will know him best from starring on Syfy’s werewolf-tastic drama Bitten, which we covered extensively.

Where You’ve Seen Her Before: Her TV credits include Starz’s The Girlfriend Experience, the Canadian detective series Murdoch Mysteries, and she had a small role as a protestor in an episode of Hulu’s Emmy-winning breakout drama The Handmaid’s Tale.

Where You’ve Seen Him Before: Vaughan is one of our favorites here at TV Goodness. He’s currently playing Eric Brady on the NBC soap opera Days of our Lives. He also makes appearances as Nova’s love interest Calvin on the hit OWN drama Queen Sugar. He’s also starred in various TV movies including Second Chances and The Christmas Note.

Character: Jolene, the woman in charge of the town’s country music Christmas concert

Her character perform “Silent Night” at the end of the movie (which subsequently turns into a duet with Zane). Someone else who performs in A Very Country Christmas is…

Character: Kelsey, she gets the spotlight at the Christmas concert where she sings “Deck the Halls.” Earlier in the movie she belts out a bit of “We Wish You a Merry Christmas.”

Where You’ve Seen Her Before: In real life, Lamb is a country music singer who released an EP of Christmas songs last year at this time.

Where You’ve Seen Her Before: This actress got her start back in the day on the late great daytime drama, Another World (where she played Olivia Matthews). She’s appeared in so many projects over the years, but one of the highlights for us, is that she guest starred as Deanna Campbell, Mary Winchester’s mom on a pivotal mythology episode of Supernatural called “In the Beginning.” This installment of the CW drama established Mary as a hunter, it provided the reason why she was targeted by the Yellow-Eyed Demon, and we found out that Deanna was the inspiration when it came to naming Mary and John’s son Dean Winchester. Hossack was also the mom in another CW series, Reaper.

Where You’ve Seen Her Before: Stewart played the young version of Allison Tolman’s Molly Solverson during the second season of FX’s Fargo.

A Very Country Christmas repeats tonight on UP at 7/6c.

Dancing with the Stars "Season 25 Week 9" aka The Semifinals