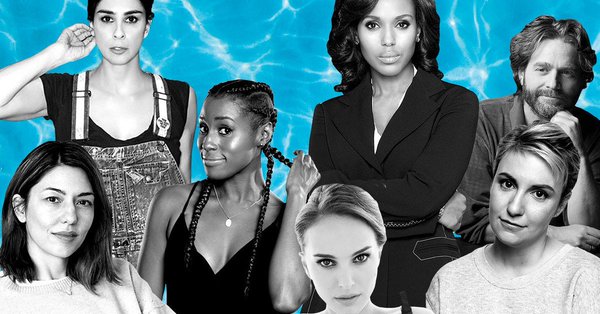 I’ve always heard great things about Vulture Festival — which usually takes place in New York — so I was excited to learn that Los Angeles is finally getting in on the action.

Vulture Festival is an annual weekend pop-culture extravaganza presented by Vulture.com &Â New YorkÂ Magazine, bringing together industry leaders and fans for a variety of panels, screenings, and interactive activities.

Fear not — there is something here for every type of TV and film fan. Here are some highlights: Amber TamblynÂ andÂ Roxane GayÂ host the 2nd Vulture Festival incarnation ofÂ Feminist As Fuck, a reading series they co-created in 2014. The event will showcase the most daring voices in feminist writing today, includingÂ Rachel McKibbensÂ and many more, all curated by Tamblyn and Gay.

My two cents: I’m here for literally anything these two want to talk about, but I can’t wait to hear about feminism and how it’s helping change the world.

Wine Down With Insecure‘s Issa Rae Creator, executive producer and star of HBOâ€™sÂ InsecureÂ Issa RaeÂ joins the festival for a live wine down and gets into hella questions with Vulture.

My two cents: You know your ticket entitles you to a free drink, right? I’ve been to an Issa Rae event before and she’s great (in person, on the show — you name it). Just go; you won’t regret it.

Stranger Things: Inside the Upside DownÂ My two cents: I was on a press call with the Duffer Bros. and Shawn Levy at the start of S1 and just from listening to them talk about the show — before it blew up — I knew it was for me. I’m ride or die for this. My two cents: These men have made some mighty fine TV (I want to call them brilliant, but is that going too far? I feel like the answer is no.) I’m here for this. My two cents: I loved this show and couldn’t be more excited about this reunion. My two cents: Both filmmakers have made important and successful films, but I think their careers are about to be launched into the stratosphere with their next projects. Do not miss this.

Don’t just take my word for it, click here to check out the schedule of panels, talks and screenings at Vulture Festival. See you there November 18th & 19th.

An Outsider's Look at Lucifer is "Off the Record"