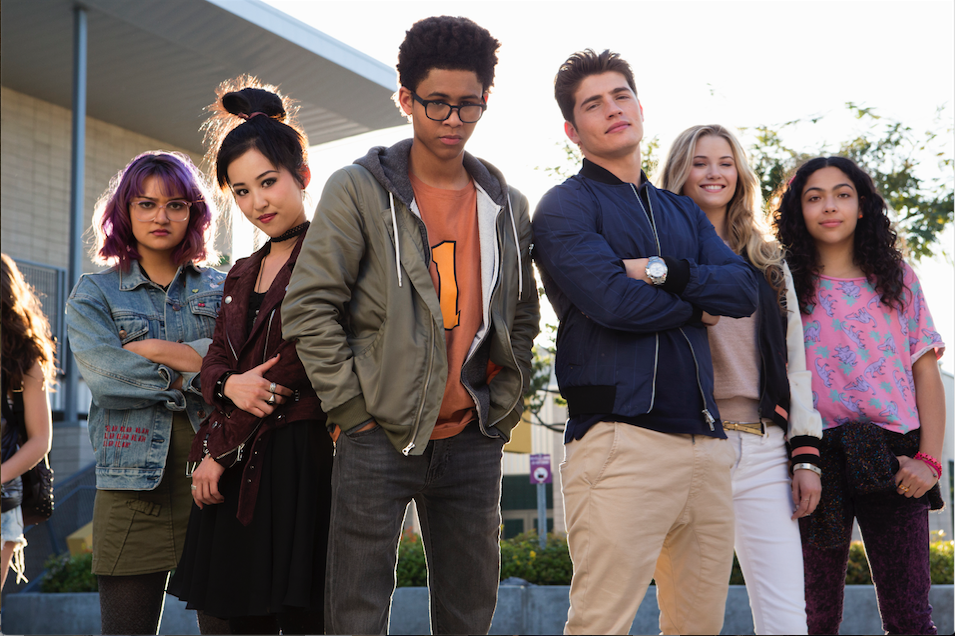 Something we’re grateful for this Thanksgiving: Marvel’s Runaways. Mainly because we adore the premise. What happens when teens find out their parents are supervillains?

The first three episodes of the new series lands on Hulu Tuesday, Nov. 21 and we couldn’t be more excited.

According to the streaming channel, Marvelâ€™s Runaways is the story of six diverse teenagers who can barely stand each other but who must unite against a common foe â€“ their parents.

The show is based on the popular comic book series. The cast includes Gregg Sulkin from MTV’s Faking It, Rhenzy Feliz from Hulu’s Casual, Virginia Gardner formerly of ABC’s The Goldbergs and Ariela Barer aka Carmen during the first season of Netflix’s One Day at a Time.

Since this is a Josh Schwartz / Stephanie Savage (The O.C., Gossip Girl) production, they’ve gathered some really great actors to play the parents. Among the adult castÂ assembled: Buffy the Vampire Slayer and Angel badass James Marsters, Timeless and The Vampire Diaries star Annie Wersching, Alias‘ Kevin Weisman, Brigid Brannagh from Army Wives and Over There, Brittany Ishibashi, who was one of Supernatural‘s Ghostfacers crew, Ever Carradine of The Handmaid’s Tale, Angel Parker of The Strain, and Ryan Sands of The Wire.

Hulu recently released a new trailer into the universe: