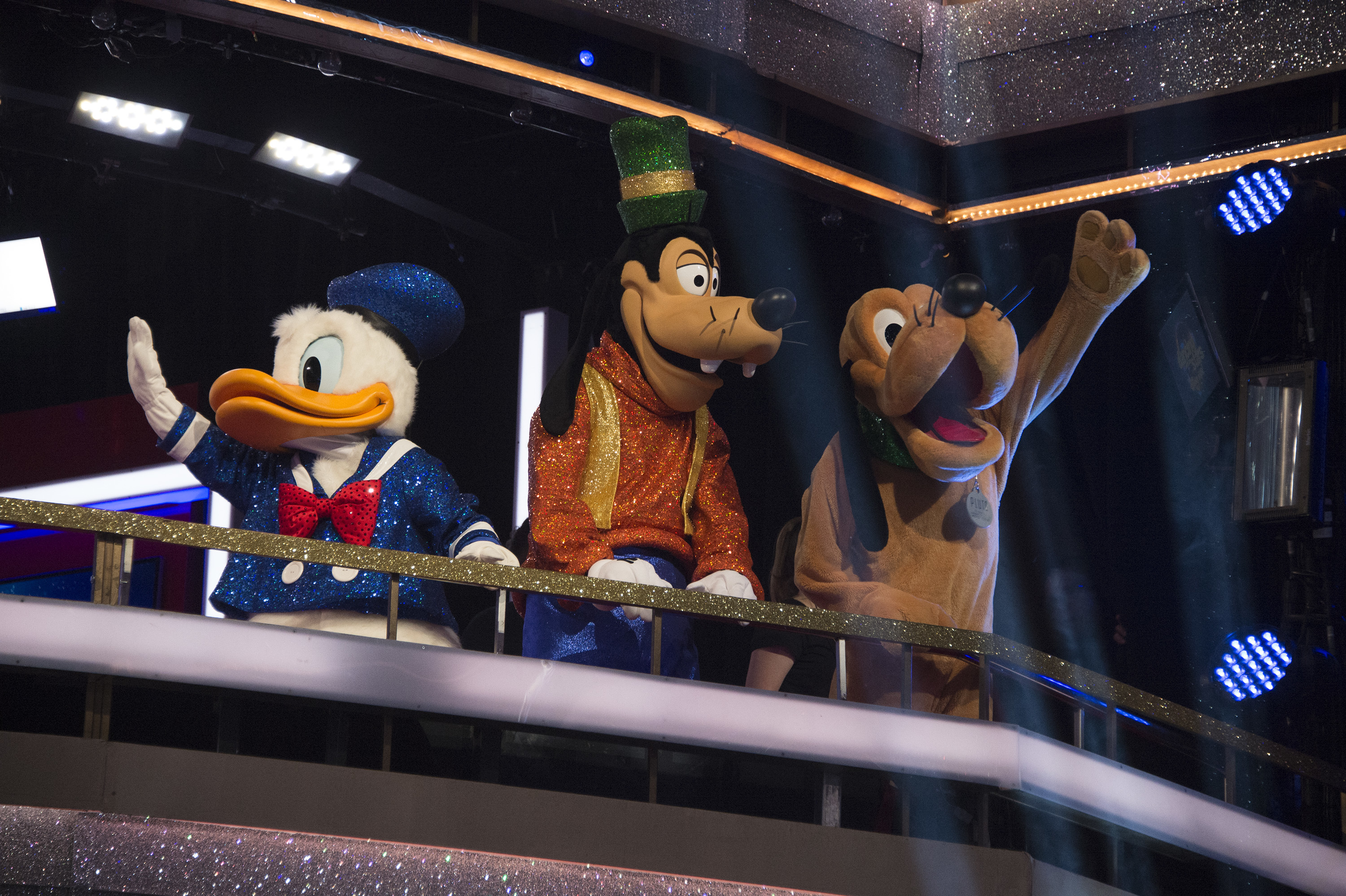 Doesnâ€™t Disney just bring magic into your heart? Well if it doesnâ€™t then you have no soul. Just saying.

Yes, itâ€™s Disney Week on Dancing with the Stars and we’re halfway through Season 25. Someone’s going home but who it was going to be was anyone’s guess since the scores from last week were so close. If you recall, six couples earned the same exact score so every little step or misstep counts.

Letâ€™s see how everyone did this week:

Victoria and Val’s jazz dance was charming and was executed very well. They did some flips and a bunch of different styles of dance. All in all, it looked effortless. Iâ€™m sure Victoria never in a million years thought she would be able to do lifts and dance so well.

Interesting development. It didn’t seem to me like Maks and Vanessa were connecting. Yes, the dance moves were on point but their chemistry was seriously lacking. I think they are not meshing behind the scenes very well.

This was a very well done dance featuring classic Foxtrot content with a bit of flair. It was very lovely and Lindsey and Mark are really a great team. She has technical and musicality chops.

Go Nick. I thought this quickstep was pretty good. Unfortunately, he’s still not the best dancer. I didnâ€™t see him lose step but the judges did. To me, Nick seemed to be very relaxed and enjoyed doing the dance.

This is Drewâ€™s best dance so far and he keeps getting better and better every week. I agree with Carrie Ann that Drew and Emma are very well connected. He has taken the judgesâ€™ comments very seriously and works on what they point out.

There was something missing in this dance. Their connection was a little off. I donâ€™t agree with the judges but it seemed like she was staring at the camera too much. It was a little uncomfortable to me.

I have to say I haven’t been happy with Terrell being not so nice about one of the other contestants. But he seems to be realizing this competition is no joke and not easy. He seems to be more into it and not as cocky but confident. Cheryl is working him hard and for a man of his size he is really working on his posture and movement to get him to the next level.

I actually clapped out loud in my home after Frankie’s dance. He really did a fantastic job and Witney is a great teacher and choreographer. Muniz was having some issues with being sexy, but something magical happened in the ballroom. It had the right attitude and fierceness. Who knew Malcolm in the Middle could be so sexy as a pirate?

This was another excellent Jordan/Lindsay performance. After last week having such an emotional and impactful dance, Fisher came back with the same intensity but had fun. He dances so well. His technique and his showmanship are on point.

And look: they got the first perfect score of the season! FYI, they danced to a song that Jordan had done for the Moana soundtrack. Nice!

Nikki is another one of the celebrity dancers that has improved every week. This time around, Artem’s choreography showed off Nikki’s Mexican heritage. It was pure happiness and what I like about Jazz is that there is a lot of wiggle room to do different things.

After all the great performances, elimination time arrived.

The first couple in jeopardy: Sasha & Gleb.
The couple joining them in jeopardy: Frankie & Witney. The rest of the couples were safe.

In the end the couple that was leaving: Sasha & Gleb. It’s surprising that the vocal and passionate Pretty Little Liars fanbase didn’t carry Sasha further.

Len: â€œI missed the premiere.â€
Tom: â€œAnd I saved you a seat.â€
Carrie Ann: â€œVal in those shorts, I enjoyed that.â€
Erin: â€œTwerking, we love it when Len points out twerking.â€
Bruno: â€œEven grumpy over here will love it.â€
Len: â€œIâ€™m more bashful then grumpy.â€
Tom: â€œWhen we have you here, Gonzo is redundant.â€
Kermit: â€œStop staring at my eyeballs.â€
Tom: â€œYou should see Plutoâ€™s lifts.â€
Len: â€œIâ€™m not usually a fan of that muckety muck in the middle.â€

Did the right couple go home? Remember you have to vote because we are halfway through the season and anyone could go. May all your wishes come true and your favorite couples stay till the end of the season. Bye for now!

Hell on Wheels “Get Behind the Mule”