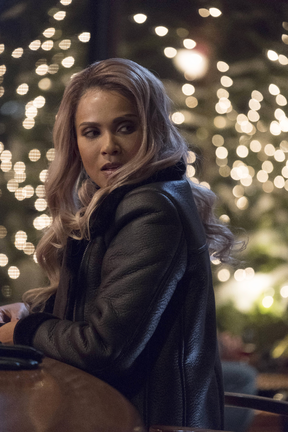 I’m in a serious need of a Maze spin-off series. I would watch the HECK out of that bounty hunter comedy-adventure.

As our resident soulless demon, ex-torture queen of hell, and bad-ass roommate, she is so much more than a simple sidekick or ensemble member. And Trixie would make such an awesome co-star. Plus, she’s easy to pack.

When Mazikeen tells the very drunk Dr. Linda that she’s a little bored of her routine of non-stop drinking, violence, and sex, she really expresses genuine ennui. Especially after her most recent assignment literally walks up to her at the LUX bar. Fish, meet Barrel.

On Lucifer’s advice, she sets out to find a truly challenging target. Fugitive murderer Ben Rivers (Chris McKenna, Mom) wins that coveted position and off to Canada goes our lovely Mazikeen. Her encounters with snow (and dumb ski-hill-billies) are comedic gold.

And her extorting of info off the hotel concierge (Haig Sutherland, SGU Stargate Universe) is stupendously effective as it not only gets her the intel, it lures the female hitman (Cate Cohen, Jane the Virgin) in close enough for Maze to recognize her later. 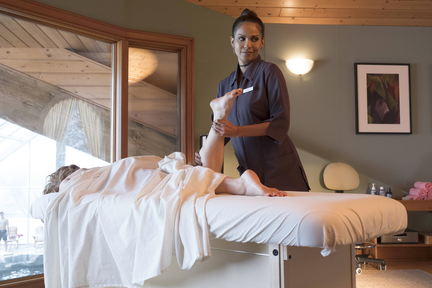 Forget Atomic Blonde, Maze is my female James Bond. She got the cool, the skill set, and ups the ante on sexual conquests too. Tracking Rivers through his newest con mark, Muffy (Stephanie Bennett, Travelers), she looks visibly saddened by how easily she’d captured him.

The real tension builds when she has to save Ben’s life with the skype-y help of Dr. Linda (now sober) and the rather unhelpful peanut gallery comments from Lucy. 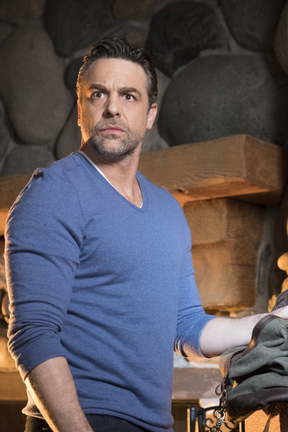 I’m also pretty sure Ben is some sort of mutant/android/alien because after being sewn up with a hotel sewing kit, he executes some pretty high impact moves on the mountain top.

It was a travel-themed episode with Detective Dan headed off on a long-planned and saved for Hawaiian vacation. I’m a little bit confused exactly how an L.A. to Hawaii trip manages THREE layovers, including one in Vancouver that gave him enough time to get from the airport to Whistler where he still had time to help fight off four assassins. Well, sort of help. There were marks for effort. And for the shirt. 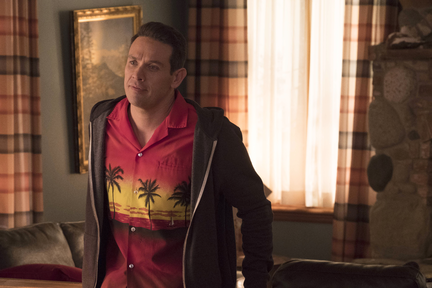 (By the way, as a Canadian and a Vancouverite, the FUNNIEST part of this episode for me was Decker’s tracking of Maze’s progress through the various Canadian cities/provinces. It was like a Carmen Sandiego episode because Maze apparently teleports wherever she needs to go.)

Some significant plot holes on the LA side of things. Ben Rivers’ lawyer (Erica Cerra, Eureka) seemed both clueless as to her client’s innocence and useless as a legal representative. Decker doesn’t actually have a homicide case at all this episode (really? in L.A.?) so she spends her time exercising her spidey senses on Lt. Herrara’s (Marco Sanchez, MacGyver) shifty vibe. 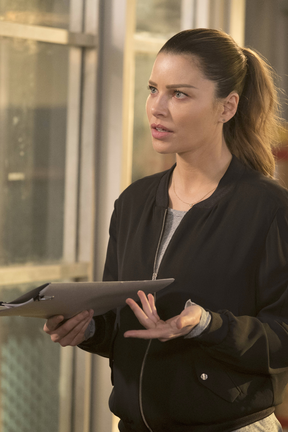 Ironically, this was really a soul-searching sort of episode for Maze. She goes all the way to Canada (and apparently ACROSS the entire country… ROFL) in order to discover she’s happiest at home. Oh geez, does that mean Canada is Oz? Heh.

Meanwhile, Lucifer might be realizing that his trusty Demon Friday may actually be able to live her life as something more than his bodyguard. This season is starting to feel like it’s all about making our dear devil as uncomfortable as possible. (And that’s even with his mother fluffing Detective Dan’s pillows all last season.)

There’s a hint at some follow-up with Herrara’s higher-ups coming at Maze and the people closest to her. Whether that ties in to the mysterious Sinner Man that has already been mentioned this season is something we’ll need to wait to see.

Not sure about y’all, but three episodes into its third season and I’ve never been more entertained. Well done, gang.

The Walking Dead “Welcome To The Tombs”

Words for the Living in Better Things “Eulogy”