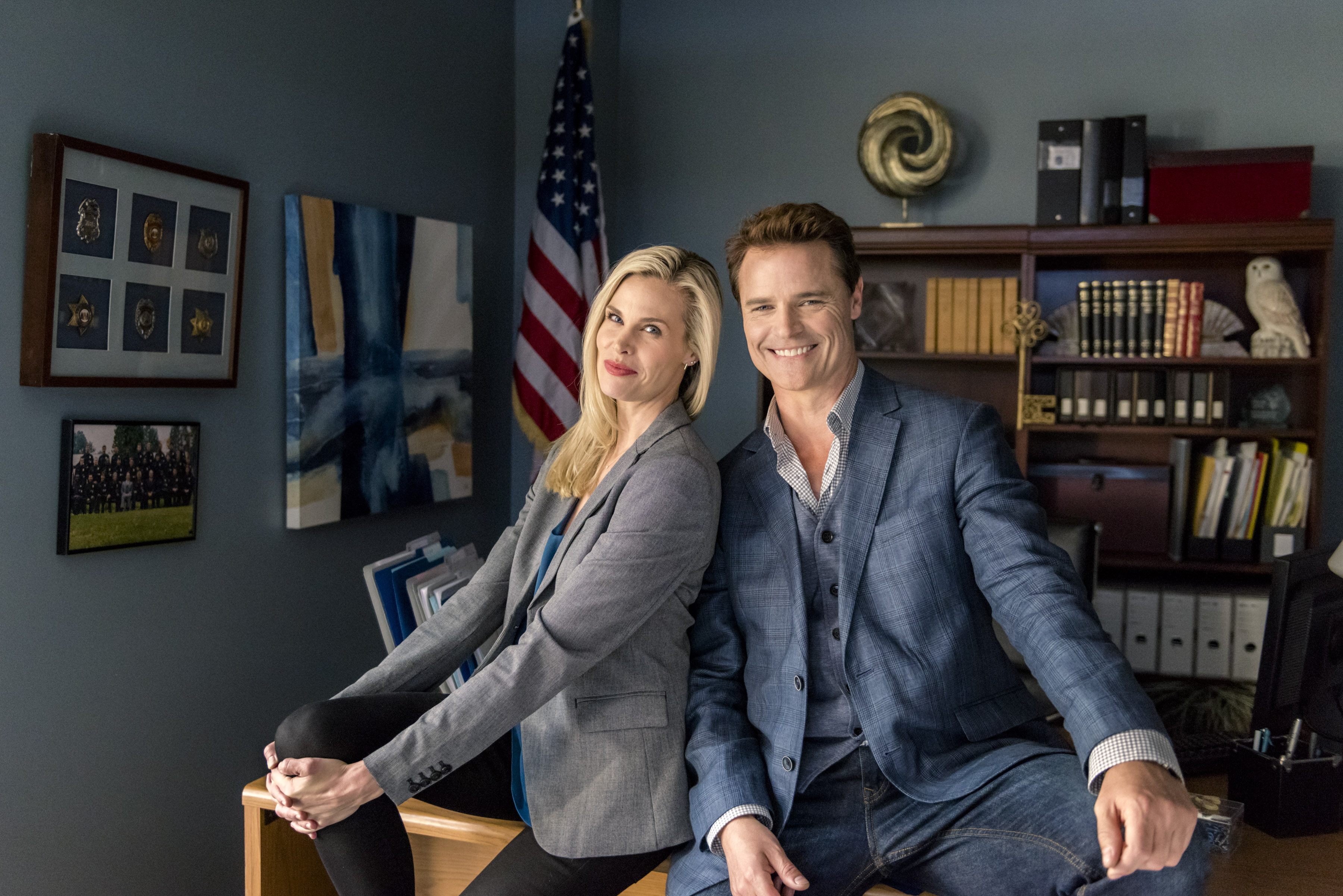 Maggie (Brooke Burns) and Henry (Dylan Neal who also co-writes and executive produces again with his wife, Becky Southwell) are back on the case in Eat, Drink, and Be Buried, the fourth film in Hallmark Movies & Mysteries’ Gourmet Detective series.

Set three months after 2016’s Death al Dente, the new outing finds the professional and personal partners investigating the death of the son of one of Henry’s friends during a party that both happen to be attending.

The case times out with Henry’s approaching birthday, which he’s reluctant to celebrate, and the return of his estranged father, Jim (Bruce Boxleitner), who he’s equally reluctant to discuss with Maggie. They put those differences aside to work the case and find that the family at the heart of their investigation has some guiding principles to both adhere to and avoid within their own families.

Gourmet Detective: Eat, Drink, and Be Buried premieres Sunday at 9/8c on Hallmark Movies & Mysteries after an encore of Death al Dente at 7 pm/6c. Click here for a sneak peek.