Quick Takes: Gotham’s Barbara is Back in “The Fear Reaper” 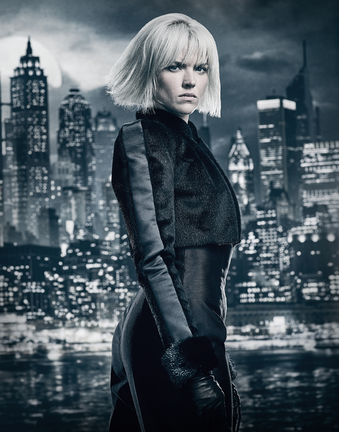 Were you surprised by this villain’s return? Barbara’s a fun character to bring back and so far, I like what I see.

I attended the Gotham screening and panel at the inaugural Tribeca TV Festival this past weekend. We got an early look at this week’s episode and afterwards EP/Director Danny Cannon and stars Ben McKenzie, Robin Lord Taylor, Jessica Lucas and Erin Richards discussed the episode and some of what we’ll see later this season. I don’t want to give too much away, so for now I’m only going to focus on what Erin had to say about Barbara’s return and new look:

Erin Richards: “I think that everyone knows when a woman goes through something in life, like death, they change their hair. [Laughs.] So, she did. I say itâ€™s symbolizing a rebirth for her. She has come back humbled, a little bit from her experience in [Season] 3 where she got a little ahead of herself and let the crazy need for power overpower her.

I was wanting to do something a little ethereal, something that looked a little other-worldly. I think she has a more zen, calm sereneness about her that weâ€™ll [see more of] as the series goes on.”

What did you think? Will Barbara become a mentor for Selena? Can Barbara redeem herself with Tabitha? I feel like she’s got a chance there since Tabitha didn’t take her hand. And I’d like to see Barbara and the rest of the Sirens truly become a force to be reckoned with.