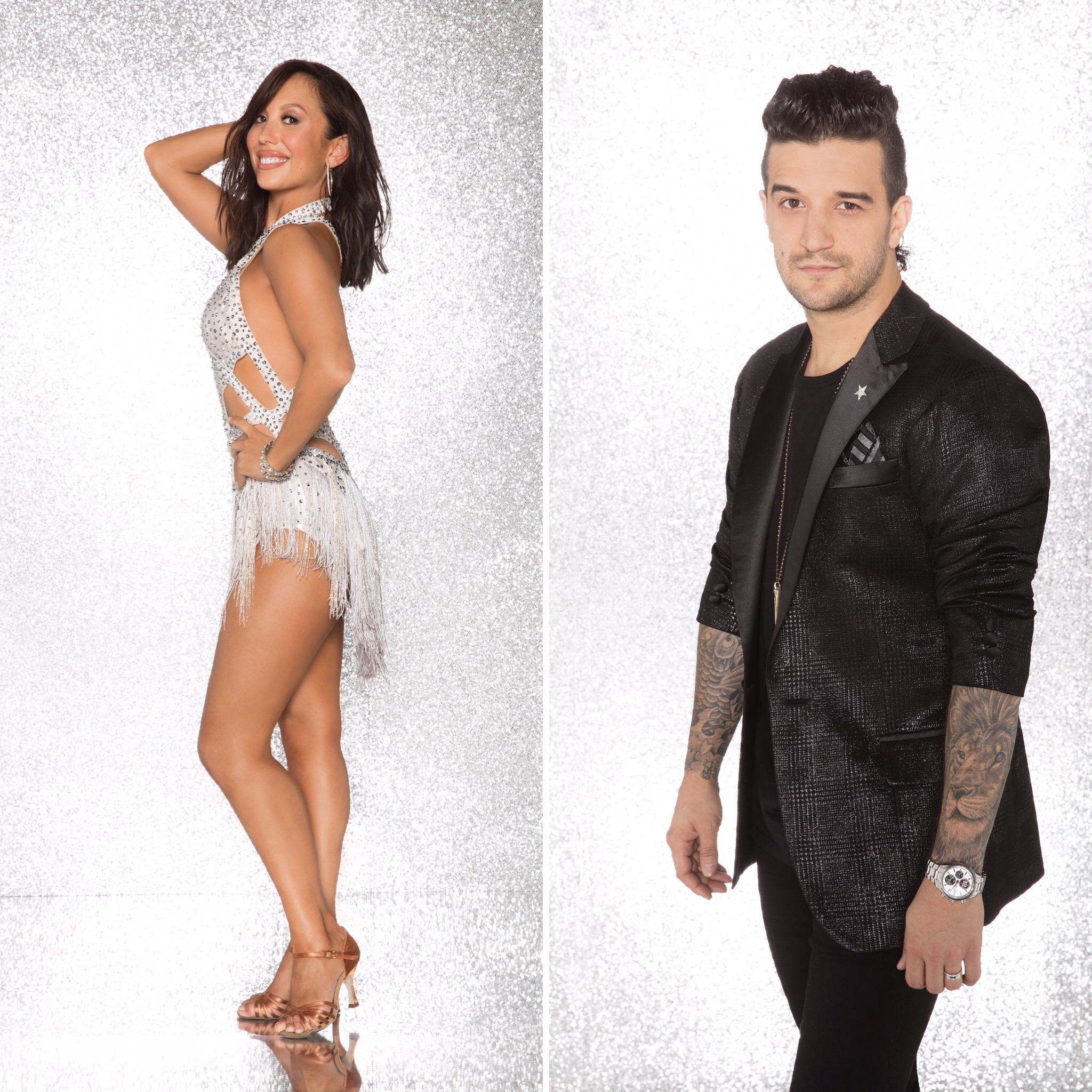 Itâ€™s that time again! We are back in the ballroom, with a whole new crop of celebrities for Season 25.

Fact 1: There is no Hough contingent this season. Julianne decided not to be a judge so this’ll be OG kind of season. We will have the original three: Carrie Ann Inaba, Len Goodman and Bruno Tonioli.

Fact 2: Mark Ballas and Cheryl Burke â€” both two-time DWTS champs â€” are making their returns to the ballroom.

The new class looks very interesting. Letâ€™s get to know the pairs:

Most people know Barbara Corcoran as one of the Sharks on the ABC show Shark Tank. She started her own real estate company on $1000 and made it into a 5 million dollar business. Will her savvy business skills translate to the ballroom? You never know.

I donâ€™t know why but Iâ€™m kind of excited for Debbie Gibson! This girl had her first hit at age 16 and not only sang but wrote her songs. We know she has the musicality but can she dance? In other news, Alan is finally a pro this season! Last season, he did a great job subbing in for an injured Maksim Chmerkovskiy with his celeb partner Heather Morris. I’m thinking this could be a couple to watch.

Any LA Laker fan is going to cheer for Derek Fisher. Athletes tend to do well on the show but does Derek have the moves? Sharna Burgess has still not won a Mirrorball but has been close a few times. Is this her time to shine? Will she turn Derek into a great dancer?

Drew Scott and his twin brother Jonathan, host many HGTV shows, including Property Brothers. Now I donâ€™t know how Drew will do on the dance floor but we’ll have to wait and see. Emma Slater is the reigning champ after taking the Mirrorball Trophy in Season 24. Will she be able to pull a classic Cheryl Burke move and repeat the win?

Most people know Frankie as the lead character of the late great comedy, Malcolm in the Middle. Did you know he’s also a musician, race car driver, producer and manager? For a young man of many talents, could dancer be another one of his considerable skills? Witney Carson has won before but will Frankie be able to get her another championship?

Jordan Fisher most recently played the role of Doody in last yearâ€™s live version of Grease, which aired on FOX. He also released his first album. So we know right off the bat he can dance and sing. I think he will be one to watch. Lindsay Arnold’s gotten close to the Mirrorball but hasn’t snagged that prize yet. This might be Lindsayâ€™s year.

Lindsey is an acclaimed violinist who has a YouTube channel with almost 10 million subscribers. We know she has musicality but will it translate to a Cha Cha or Jive? Mark has been gone for two seasons so he’ll be determined to make his mark. (See what I did there? haha)

We all know Nick Lachey as the lead singer of 98 Degrees. Let’s just say his boy band wasn’t known for their dancing moves. However, his brother Drew was the Season 2 Mirrorball champion, so there is that added pressure. Also Nick is competing again his wife Vanessa Lachey. Her partner is none other than Petaâ€™s new husband, Maks! This will be a very interesting story to watch unfold.

From Nick to Nikki. Nikki Bella is a WWE star along with her sister Brie. Now we know that this type of wrestling is choreographed so this could be an advantage for her. Artem Chigvintsev needs a win. Will Nikki be the celeb to get him there or will they have to enlist her fiancÃ©e, John Cena, to scare people to vote?

Best known for playing one the lead roles on Pretty Little Liars, Sasha Pieterse is also a singer. Will her musical background help her with the competition? Gleb Savchenko has a few seasons under his belt and has shown he can choreograph some memorable dances.

After being gone for a minute, Cheryl is back. Being an ex-football player, Terrell Owens has the discipline but does he have the movement and dance skills? Cheryl is a tough cookie on her partners but she is a proven winner. Terrell and Cheryl is a pair to keep an eye on.

With Nick Lachey and Peta Murgatroyd in this competition, Vanessa and Maks definitely have even more motivation to go for the win. Vanessa’s someone who probably has a little dance experience being a former pageant girl. She won the 1998 Miss Teen USA title.

Yeah, we’re thinking the Vanessa/Maksim vs. Nick/Peta showdown is one of Season 25’s big stories. The Mirrorball trophy isn’t the only thing at stake here. Who’s going to win bragging rights in the Lachey and Chmerkovskiy households? Only time will tell.

Victoria Arlen is a gold and silver medalist from the Paralympic Games. Because of a rare viral disease she could not use her legs for ten years. She’s the youngest host on ESPN and wants to try and dominate another obstacle. For someone who never thought she would walk again, she is an inspiration and someone to instantly root for. Val’s no stranger to winning the Mirrorball Trophy (he’s won it twice). Will working with Victor provide him with a bigger and more satisfying prize?

There you have it, the newest cast of Dancing with the Stars. Who are you excited about? Who do you think will win?

Season 25 of Dancing with the Stars premieres tomorrow night at 8/7c on ABC.