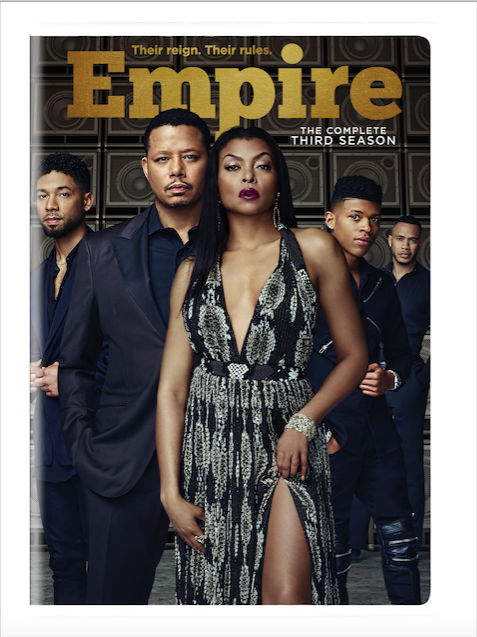 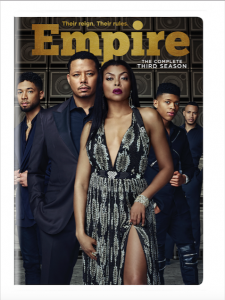 We have an exclusive clip of one of the bonus features: an uncut version of Lucious’ son, Hakeem Lyon (Bryshere Y. Gray), performing “Elevated” from the episode “Civil Hands Unclean”:

In the third season of the hit FOX primetime soap, Hakeem’s story was one of maturation, redemption and fatherhood. He truly tried to leave the boy behind in favor of becoming a man. Yes, there were some bumps in the road, but by the end of the season, he had taken some major steps into becoming a real father to Bella, the daughter he shares with Anika.

More Information on the Season 3 DVD
Empire returns for a third season, with its hottest music and most tantalizing storylines yet. While Lucious (OSCARÂ® Nominee Terrence Howard*) launches Empireâ€™s music streaming division, his half-brother Tariq launches a murder investigation of Lucious. And as Cookieâ€™sÂ  (GOLDEN GLOBEÂ®-winner** Taraji P. Henson) romance with Angelo Dubois heats up, so does Angeloâ€™s campaign for mayor. The Lyon brothers face troubles from the past: Andre still sees Rhondaâ€™s ghost, Jamal wrestles with a pill addiction, and Hakeemâ€™s attempts to find love are interrupted by a surprising family rival. All the while, the battle to control Empire pulses on in one of televisionâ€™s sexiest, most suspenseful shows ever.

The DVD for the third season is out tomorrow. Meanwhile, the Lyons come roaring back this fall when the fourth season of Empire hits Fox Wednesday, Sept. 27 at 8/7c.