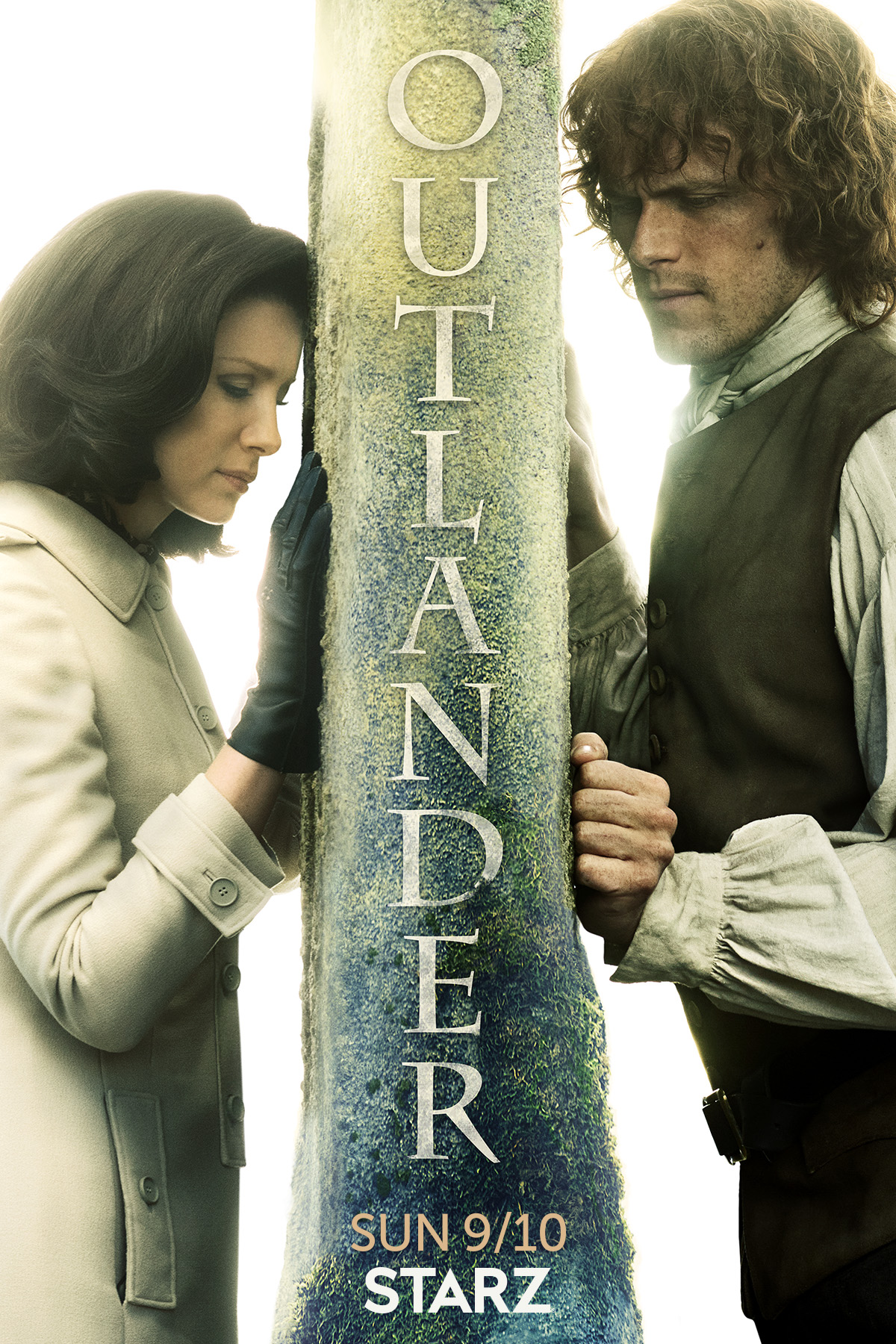 WARNING: Spoilers for Season 3 of Outlander

In last year’s finale for Starz’s Outlander, Jamie and a pregnant Claire were on the verge of separating.

They had made a deal. At this point, an England/Scotland showdown at Culloden was an inevitability. If things got as far as they did, they agreed she would go back to Frank. After all, he was the only man Jamie would trust to take care of his wife and child.

Before the two bid goodbye â€” forever â€” they reaffirmed their bond. They recited to each other a bit of their beautiful blood vow from their wedding.

Claire: Blood of my blood.
Jamie: Bone of my bone.
Claire: As long as we both shall live.

Then they stood in front of the stone at Craigh Na Dun. With clasped hands she touched the formation, sending Claire back to her time while leaving Jamie to face what he knew would be a brutal battle.

Well, it’s been a long, long wait since the end of the second season. It’s actually been over a year, thank you very much. But the wait is over. Season 3 starts tomorrow and covers the events of Diana Gabaldon’s third book in the Outlander series, Voyager.

“I think season three is a wild ride,” teases Outlander executive producer Toni Graphia at this year’s Television Critics Association’s Summer Press Tour. “Outlander was about Claire and her adjusting to her new life in the 18th century and learning about Scotland. Then Season 2 was more like political intrigue in the French court.”

She says get ready for a more rollicking adventure. “There’s a lot more action in this one. There’s still a lot of our trademark emotion, of course. The Claire/Jamie moments that we all love,” she reassures. “But it’s a fun season and an exciting season and I think it’s turning out to be our best season.”

What will it all look like? In the novel, the action goes back and forth between Claire’s life in America in her own time and Jamie’s life in Scotland in his time. It’s a pretty daunting task to turn it all into a story that’s coherent and cohesive, but this crew was up to the challenge.

“I think the expectation is we will parallel and jump from Claire to Jamie each year or every five years where they are in time exactly parallel to each other,” Graphia says.

“We didn’t structure it like that,” she continues. “We followed more of an emotional parallel. Like if he’s in prison for instance then we play that she’s emotionally in prison, like maybe the prison of her marriage that she really didn’t want.”

“If he’s trying to find Jamie Fraser again after years of isolation and not being his true self, she also is paralleling by her decision to go to medical school and find her passion and becoming Claire again, the Claire we knew. So they’re emotionally paralleling which is more interesting than just following it lock-step where they would be.”

Another component of this third season is Claire and Jamie’s daughter Brianna, who we met in the season two finale. She was understandably skeptical of her mother’s explanation for who her father really was. But after Claire failed to stop Geillis from time traveling back to a past where she was burned at the stake for being a witch, Brie finally believed her mom.

“So I think for season three, you see Brianna and Claire try to patch up that 20-year strained relationship,” Sophie Skelton says about her character’s journey. “Then you see Brianna try to come to terms with her own identity and figure out who she is outside of everything. There’s a whole nature versus nurture element and she doesn’t know which parts of her are Frank, which are Jamie and which are actually her own, so it’s an emotional struggle for Brie this season, too.”

There’s also the burgeoning connection Brie shares with Roger MacKenzie, the adopted son of the late Reverend Wakefield. “There’s a lot of push and pull, they’re like magnets. As quickly as they come together they repel each other,” teases Skelton.

“I love that we’re going to get to see much more of Frank than in the book,” Graphia raves.

Fans of Tobias Menzies don’t need to worry. Frank’s a solid presence this season. We’ll see how he and Claire navigate life after she comes back to him. At times their relationship is a bit tense and awkward. The question is: Will they be able to work through their issues?

“I know there are people who are Team Jamie and just want to see Jamie, Jamie, Jamie, but Frank is a very important part of this story. He loves Claire, he loves her enough to agree to raise another man’s daughter. And not just any other man’s daughter but the man who Claire really loves and so I think that makes him very heroic. And I think it speaks a lot that his love for Brianna makes us love him.”

According to Skelton, the season paints a picture of Brianna and Frank’s relationship, too. “Even in the trailer you see that birthday scene, Brianna’s 16th birthday. She just looks and gives Frank this absolute look of adoration,” she says. “I think that just sums up everything for Brianna. Jamie’s history’s hero and Claire’s hero but Frank’s Brianna’s hero and it’s really important to consider in the whole scenario.”

Tomorrow night’s season premiere goes heavy into the Battle of Culloden and its aftermath as well as showing a pregnant Claire adjusting to Frank and their life in 1940s Boston.

After the premiere, check back here for a recap of what goes down in “The Battle Joined.”

Preacher Season 2 Finale Preview: "The End of the Road"