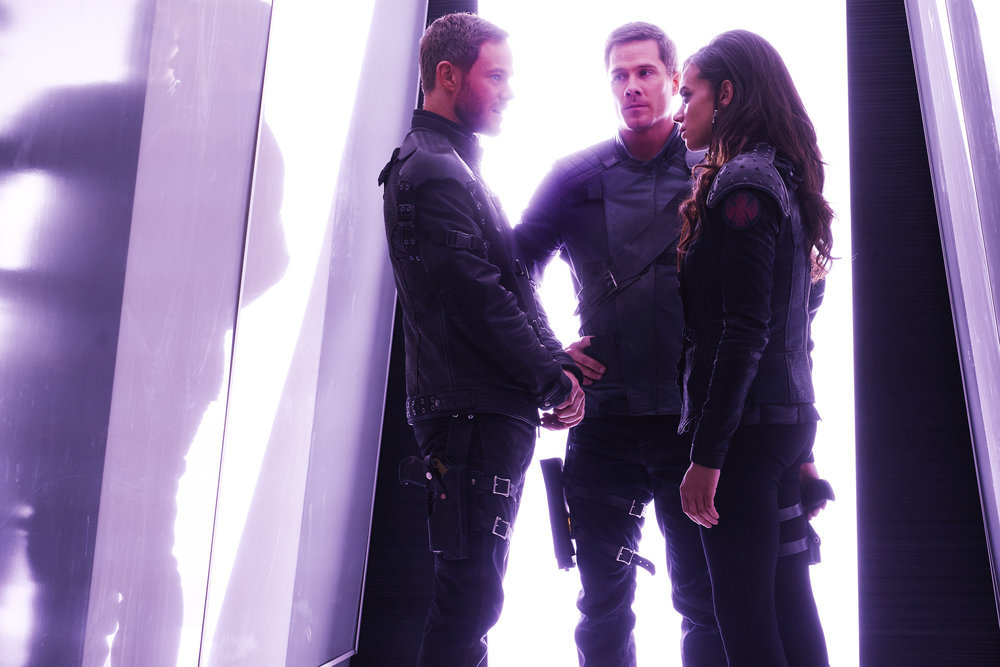 Tomorrow’s penultimate Season 3 Killjoys episode packs a punch as our team and their assorted family and foes put their houses in order on the titular “Reckoning Night,” when everybody says/makes their peace (or doesn’t) ahead of wading into war.

For D’avin and Zeph, that means carrying the weight of knowing Dutch’s plan–and trying to make her understand their perspectives–while Johnny is otherwise engaged with the arrival of Delle Seyah and all the baggage she bears.

Alvis makes his way around the Quad offering forgiveness, redemption, and closure to his fellow warriors, which some are more readily able to accept than others.

At The Royale, in a series of sweet and funny scenes, a gut check from Gared prompts Pree to dial down his cavalier perspective about being a soldier.

Written by Adam Barken and directed by Peter Stebbings, it’s a quiet, thoughtful episode, complete with a Pree serenade, that gives everyone a chance to take account of themselves and their relationships before the season finale next week. We so need a renewal, y’all.

Killjoys airs Fridays at 8/7c on Syfy in the US and Space in Canada. Come live Tweet and start tagging those Tweets with #RenewKilljoys and #RenewDarkMatter for our pals over there! Click here if you’ve missed any of our exclusive interviews this season. Here’s a sneak peek of “Reckoning Ball.”