Nothing is as it Seems in Preacher “Dirty Little Secret” 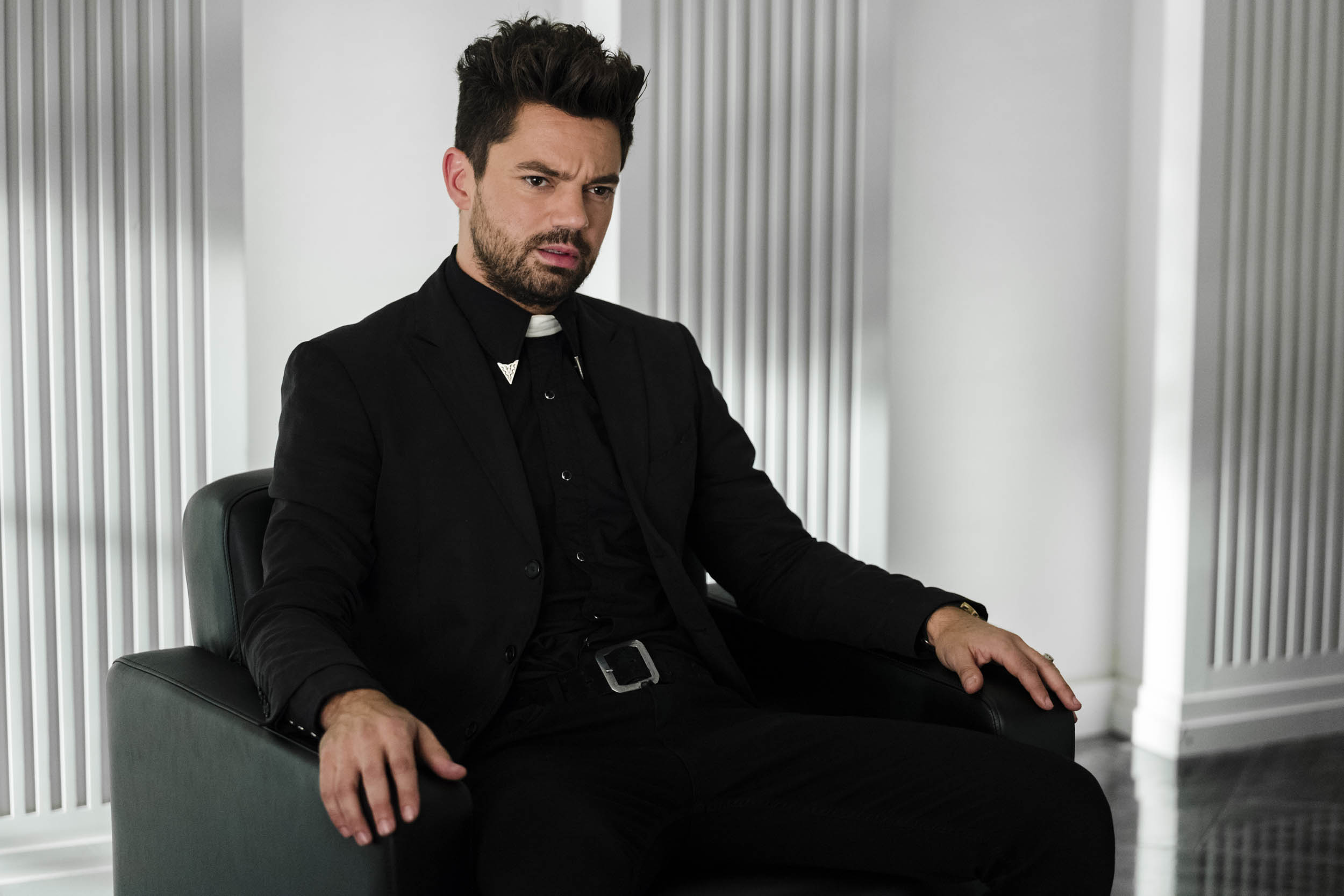 Preacher first prepared viewers for a descendant of Christ in the episode that introduced the infamous Herr Starr. Countless conspiracy theories exist about Jesus having been married prior to his death, but actually seeing a Jesus sex montage was less than stellar. Worst of all, Preacher‘s Jesus is the kind of guy who overuses words like “dude” and “bro,” and never remembers to text the woman after a hook-up.

The conclusion of what is referred to Biblically as the “Agony in the Garden of Gethsemane,” does not end in Jesus being crucified. Obviously, that sequence is too overdone for a show as outrageous as Preacher. Instead, we fast-forward to nine months later after the woman has given birth. Before we are taken back to present day, the woman is beaten to death by a nun, because of course.

Fighting his better judgement, Jesse eventually allows Starr to take him to his office so Jesse can understand that he and The Grail are searching for the same thing. While not entirely the case, he obliges and meets The Pope in the process. Not satisfied with what’s he’s heard, Jesse uses Genesis to get Starr to take him to the boy they call The Messiah. As if the first few minutes of the episode weren’t offensive enough, when we finally meet the 20th descendant of Christ, he’s a bumbling idiot suffering from generations of inbreeding.

For the first time, Starr finally begins to make sense. He has been upholding The Grail’s mission to protect a man who is clearly unfit to lead and now admits that he sees Jesse as his ticket out. Jesse is shocked and angered at what he learns, and is only more agitated as Starr continues his deadpan calm while trying to convince Jesse to stop looking for God to become him instead. Steadfast in his faith, Jesse’s offense at the suggestion doesn’t stop the seeds of doubt from forming in his mind about his quest. Having seen who’s next in line, will Jesse truly accept help from Starr and The Grail?

Meanwhile, Tulip’s downward spiral continues as she gets closer to her fake neighbor, Jennie. Unable to really talk through her issues with Jesse, Tulip is caught in the middle of a fight she never asked for. Yet, as distracted as she seems due to sleep deprivation, Tulip is still as sharp as ever. When Featherstone’s Jennie slips up and mentions Dallas, Tulip knows something is wrong and is quick to fall back into her killer instinct. The flashes of her old self are what we’d love to see more of. Vulnerable Tulip is great, but not as awesome as the reckless and fearless bad ass we’ve come to know.

The only way Jennie can get Tulip to back off is by conjuring up that fake abusive boyfriend she’s been talking about, Rodney. The kicker is, this plan works. Helping Jennie stop Rodney from hurting her makes Tulip feel like she’s back on her game, but how long can this charade last? Featherstone may be eager to go against Starr’s orders and kill Tulip, but broken or not, our money is still on Tulip when it comes down to it.

Cassidy has his own struggles in “Dirty Little Secret” with trying to keep Denis under control. Their latest escapades are right out of the “absent father” handbook as Cass tries to make up for over 70 years of lost time. He is, of course, going about it the wrong way. Getting hookers, going to an arcade, trying to have father-son bonding is not working seeing as how Denis is only interested in sating his blood lust.

When this gets out of control, as it is guaranteed to do, will Cass be able to do what it takes to get rid of Denis? Or will Jesse or Tulip be forced to step in, causing Cassidy to resent them for killing his son?

Daddy issues abound in “Dirty Little Secret,” but offensive scenes aside, there’s no denying that Starr made a valid point about not wanting to serve the unfit. With The Grail fully integrated in the mix, we can’t wait to see how this new dynamic plays out.

Preacher returns next week with “Backdoors” on Monday, August 28th at 9/8c on AMC.

Game of Thrones "Beyond the Wall"

Relationship Recap: Two Couples Come Together, Power “Who Are You?”