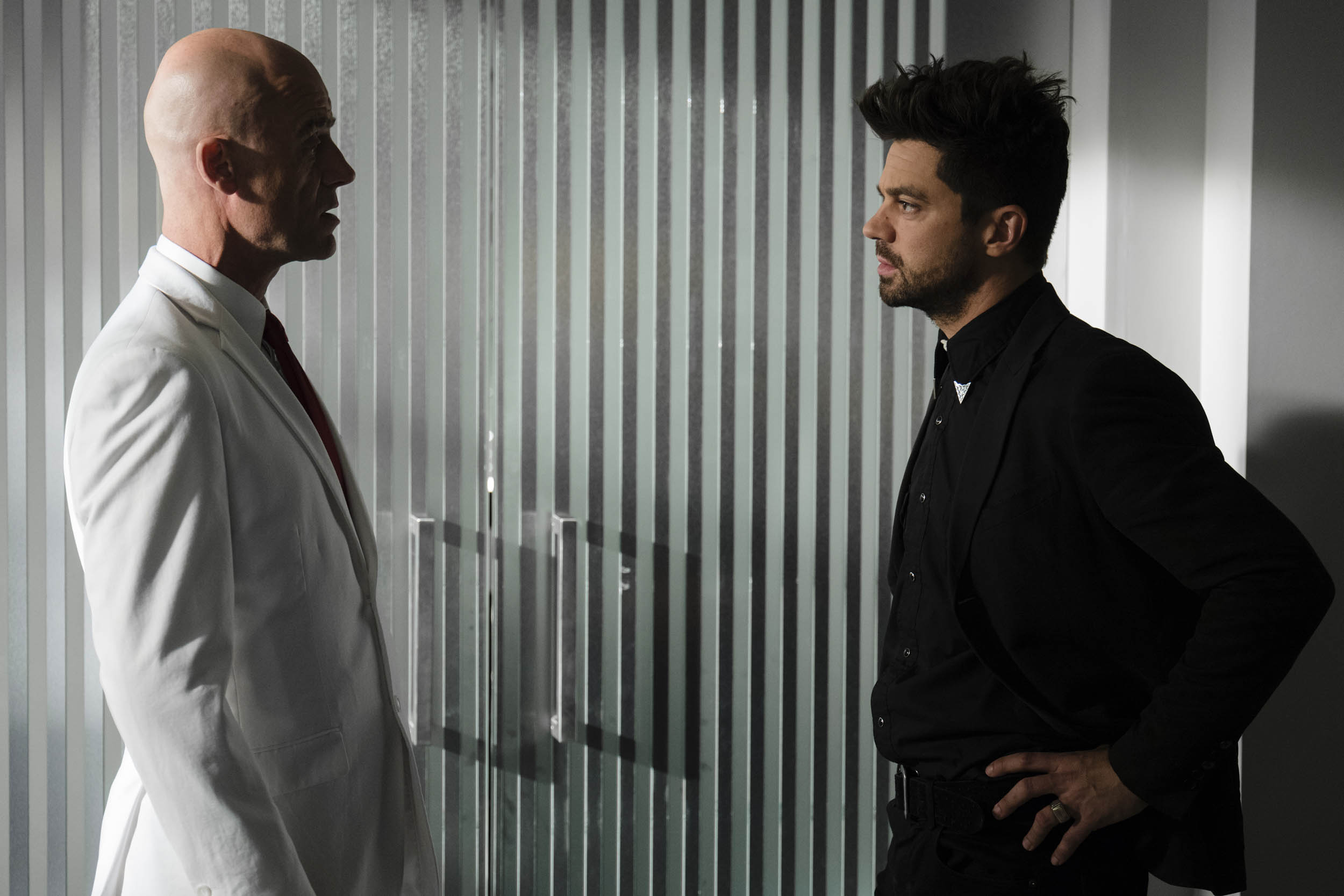 “Dirty Little Secret” is not for the faint of heart. This episode of Preacher jumps right in to what is easily its most offensive scene yet as the audience is presented an interesting take on a particular event in Jesus’ life. We get a lot of back story on The Grail and just how deeply their organization is ingrained with the world’s foremost religious leaders as Starr takes Jesse on a journey around the world to meet a man he calls The Messiah.

After a colorful introduction, Jesse and Starr talk about the search for God as each one tries to gauge what the other truly knows. Jesse is completely out of patience given the ordeal he’d gone through in “Puzzle Piece.” Exhausted and fresh out of leads, he has no interest in what Starr has to say. Even after using Genesis, it is clear that Starr is no closer to God than Jesse is. With nothing to lose, Jesse allows Starr to bring him in where he’s introduced to none other than the Pope himself. Even someone in his high position of power has no idea what has happened to God. Jesse is even more lost and despondent than before, by the end of “Dirty Little Secret,” as he begins to question everything about his love of God.

Tulip and her new friend Jennie seem to be getting closer as Tulip nears her breaking point. Still having trouble sleeping, she’s beginning to fall apart in her waking life. When trying to make pancakes, she ends up cracking the eggs and inadvertently throwing both the contents and the shells into the batter. Jennie helps her clean up the mess and gets her back on track with breakfast. Tulip gives out way too much information about their search for God and the Saint of Killers, and Jennie begins planting seeds of doubt into Tulip’s already fragile psyche. Despite her temporary handicap, Tulip is still sharp about what she remembers, and she eventually confronts Jennie about where she came from in the first place. Featherstone realizes her mistake and calls in a favor that will hopefully put Jennie back into Tulip’s good graces.

Cassidy and Denis are having some trouble as the newly turned vampire is unable to contain his urges. There’s more than just the language barrier at play here, and Denis’ behavior is becoming increasingly more sinister. Cass is at a loss of how to keep Denis in line which is sure to lead to some tension between him and the rest of the group.

Tulip, Cassidy, and Jesse are all in over their heads in their respective situations, but none of them is letting anyone else in on their problem. Will the doubt Starr puts into Jesse’s head be enough to drive a permanent wedge between them?