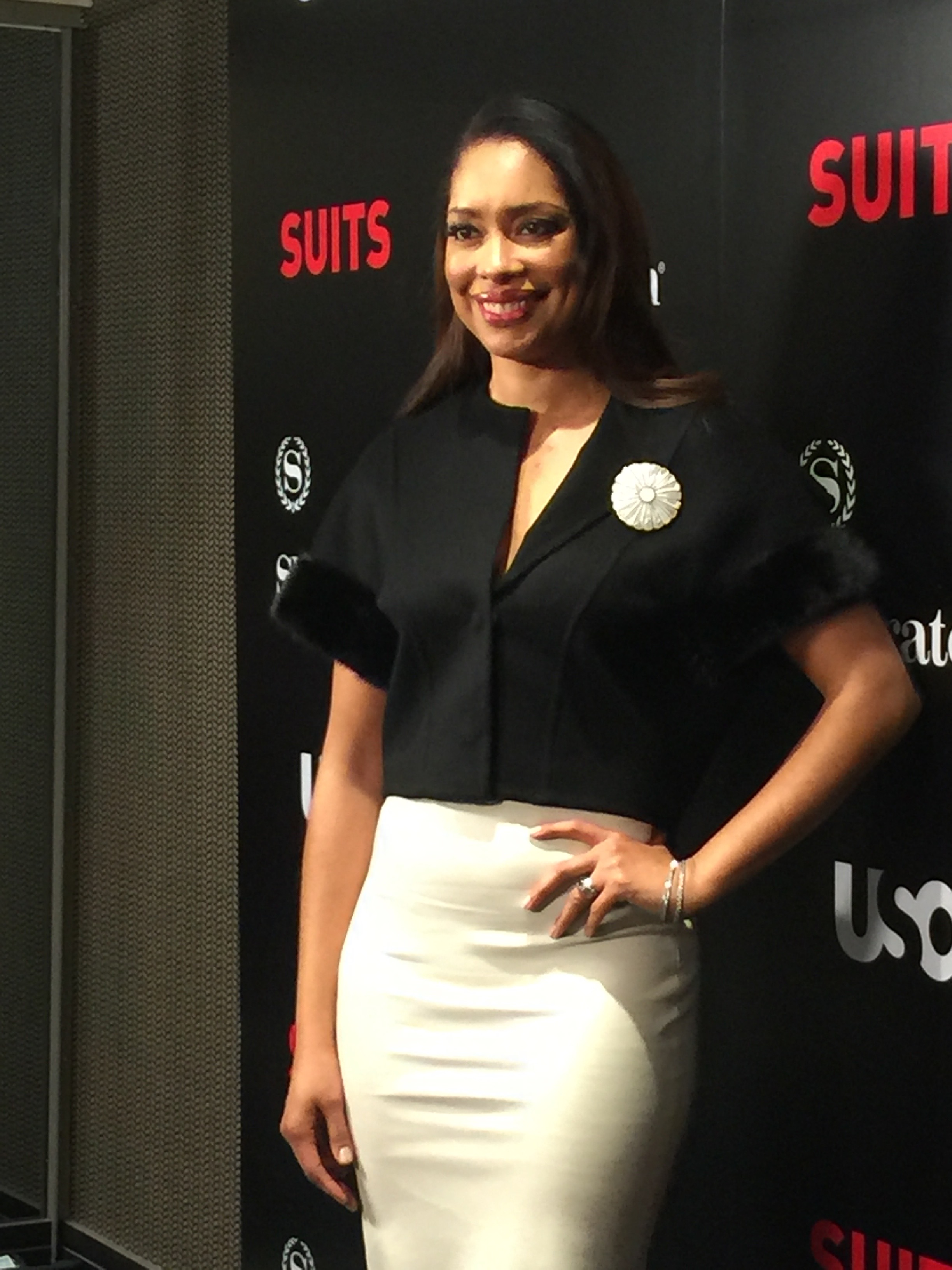 Today USA Network and Universal Cable Productions (UCP) announced that a pilot is in the works and it’s actually going to serve as the Season 7 finale of Suits. Creator Aaron Korsh and executive producer Daniel Arkin will tag team the special episode that reunites Jessica with her former team at Pearson Specter Litt (PSL). Here’s intel on what to expect:

The pivotal Season 7 finale will reunite Harvey Specter (Gabriel Macht), Mike Ross (Patrick J. Adams), Louis Litt (Rick Hoffman), Donna Paulsen (Sarah Rafferty) and Rachel Zane (Meghan Markle) with their old friend Pearson as she adjusts to her new life in the Windy City. When she is forced to enter the dirty world of Chicago politics, Pearson must rely on her legal wits and valiant relationships from Pearson Specter Litt to navigate this unknown territory.

So far in the seventh season, Torres has made a couple of appearances as the always fierce Jessica. In “The Statue,” she shared scenes with Gabriel Macht’s Harvey Specter when the character hopped a plane to Chicago to warn his former boss about his plans to dump one of her clients in favor of bringing in a pharmaceutical heavyweight. Then in “Divide and Conquer,” Jessica made a controversial move for a good cause, of course. It was all in the name of solidifying the PSL team dynamics.

Since leaving Suits midway through season six, Torres appeared on two episodes of HBO’s critically acclaimed series WestworldÂ and was federal agent Justine Diaz on ABC’s The Catch, a Shondaland series that was cancelled after the most recent season. The actress guest starred in an episode of TNT’s Claws as a wealthy socialite “friend” of Polly’s (Carrie Preston).

According to USA and UCP, the Season 7 finale of Suits won’t air until the first quarter of 2018.
But tonight, the first half of the season continues with an episode called “Home to Roost.”

Mike deals with blowback on his prison case. Harvey struggles to tell Donna about his relationship with Paula. Louis’s past poor behavior comes back to haunt him.

What You Need to Know about NBC's Marlon

Quick Takes: A Supernatural Welcome to DC’s Legends of Tomorrow and Lucifer

Previewing For All Mankind Season 3