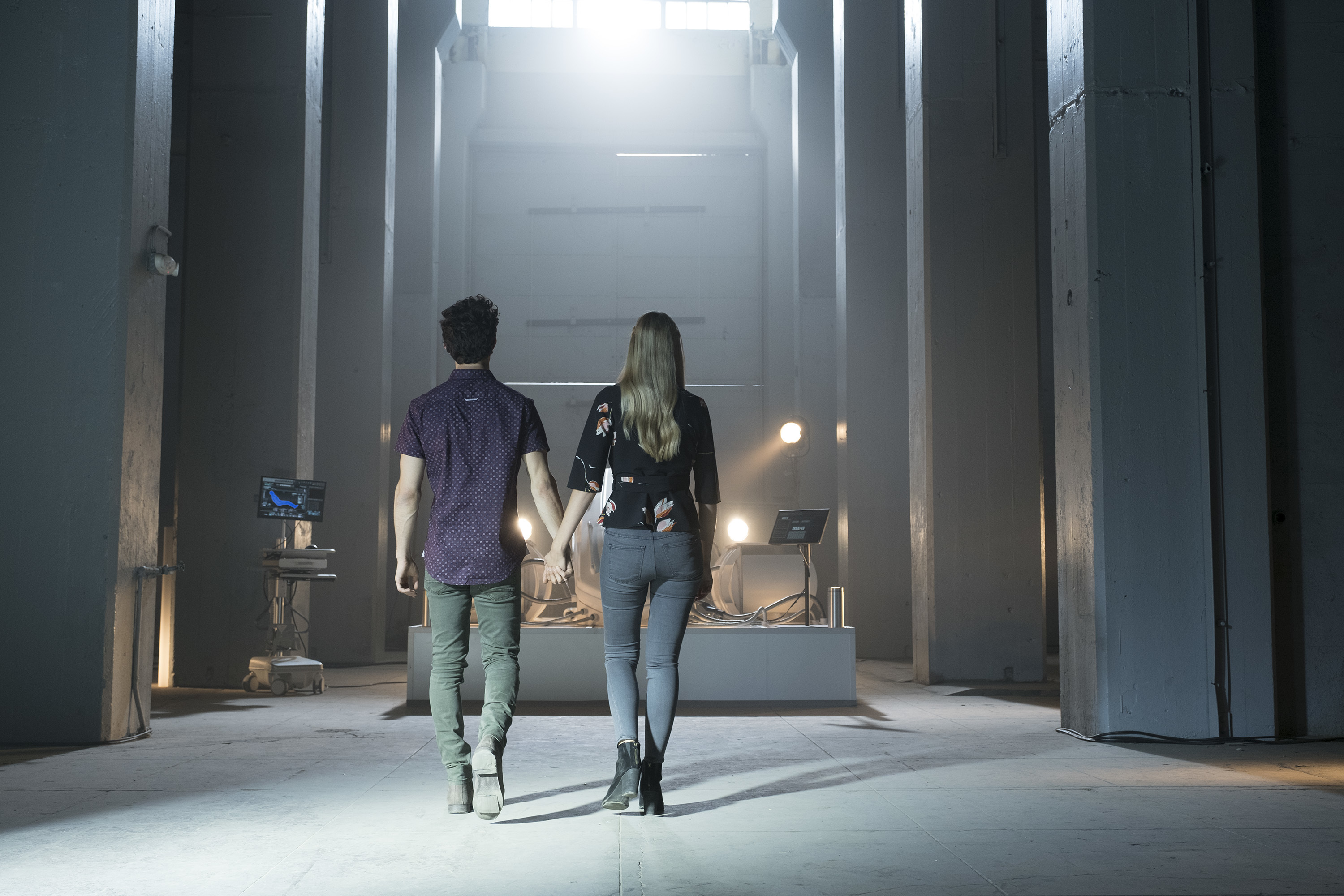 In the penultimate episode of Freeform’s third season of Stitchers, things ended up in a good place for almost everyone.

Maggie said she would give Kirsten her mother’s location. She just had to give her a few days first. This is what she’s been working towards.

Kirsten and Cameron finally connected in a way that’s been impossible for them. So many obstacles kept them apart. Sure there were some betrayal bumps along the road. But now that Linus came up with a working oxytocin filter, which paved the way for the couple to FINALLY make love.

Camille puts it all on the line for love when in front of the entire bar she sings to Amanda. It worked. (Meanwhile, that really was Allison Scagliotti fabulously singing “Until You Find Me”)

On the flip side, Fisher decided not to join his girlfriend in D.C. (well that’s happy news for all us Fisher fans, actually). As far as Ivy and Linus, they couldn’t be further apart.

And at the end of “Kill it Forward,” Stinger showed up at Ivy’s place setting up the Stitchers season finale which ends with a shocker of a cliffhanger that’s going to be super painful for its super fans. Let’s just say a fourth season needs to happen so hopefully we’ll hear some good news sooner rather than later.

Official Freeform Synopsis of “Maternis”: In the summer finale, all your burning questions will be answered when Kirstenâ€™s father Daniel Stinger (guest star C. Thomas Howell) shows up and Kirsten must perform the most important stitch of her life.

Last month at Comic-Con, we were among a roundtable of reporters who talked to stars Emma Ishta and Kyle Harris about season three. Heads up: when we talked to Harris, Kirsten and Cameron weren’t back together but their relationship had thawed. Well, since then, the coworkers obviously made up big time.

Expect lots of answers and even more questions during theÂ Stitchers summer finale which airs tonight on Freeform at 9/8c after the season finale of Shadowhunters.