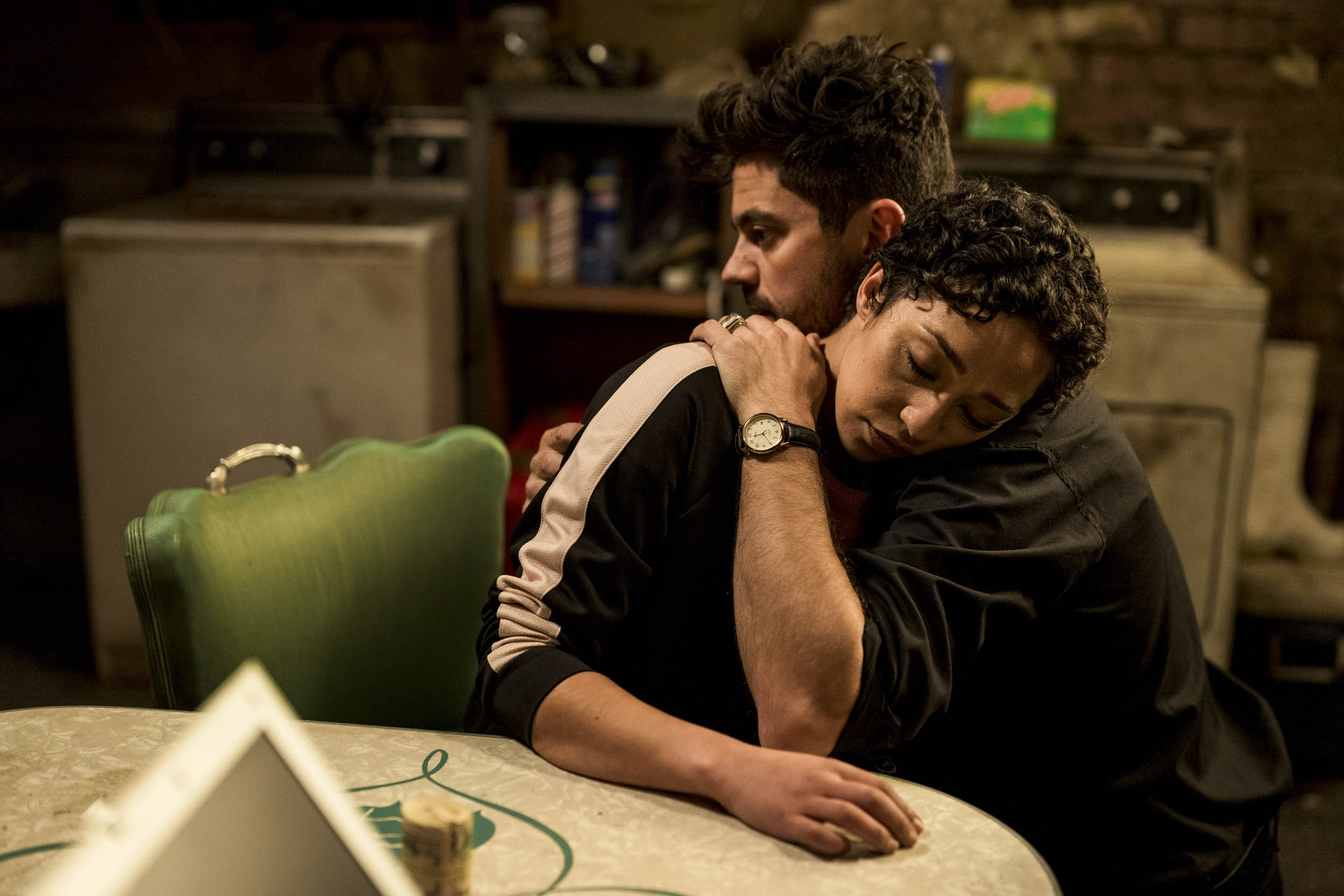 “Puzzle Piece” skips right to the tension that’s been weighing heavy on the trio since we got to New Orleans. Cassidy and Tulip have their own festering issue that has caused some friction between Cass and Jesse. Coupled with Tulip’s unresolved issues about her Saint of Killers nightmares and Cassidy being upset that Jesse wouldn’t help Denis, this feels like a big fight is brewing.

Down to his wits end, Jesse turns to YouTube in search of God, to which Cass finds laughable. The sarcasm triggers Jesse’s anger, but he can’t really get a word in because Cassidy is making too much noise at the stove. When he finally stops, he comments on the temperature of the blood he’s reheating, completely ignoring Jesse’s speech about the chaos that is sure to come in a world without God at the helm.

As they’re in the middle of their falling out, Tulip comes in with a massive wad of cash from surviving another few rounds of gunshots to the chest. Cassidy chastises her about this behavior, and Jesse snaps at him, telling him that he’s got this. The tension in the room can be cut with a knife as Jesse and Tulip argue over her needing to get some sleep. He uses Genesis on her, much to Cassidy’s disdain especially since he’s still upset Jesse wouldn’t use Genesis to help him.

Before there’s time to let this spat simmer, everyone has to band together to fend off armed Grail soldiers as they infiltrate the apartment in the dead of night, trying to kill everyone. Cass is severly wounded before Jesse can wrestle their “silencer” headphones off and uses Genesis to order one to kill his friends. Of course, Denis, who we thought was dead after being shot, ruins Jesse’s plans to interrogate one of soldiers when he kills him to feed.

As we feared, grief got the better of Cass last week in “Holes” and he did end up turning Denis after all. While Jesse seemingly lies to Cass about the turn of events, no one truly seems very bothered that there’s another vampire in the mix. Cassidy has been around long enough to be able to control his yearnings, but Denis looks like he’s going to be a handful.

With a host of police and crime scene investigators now at his beck and call, Jesse has the apartment under constant surveillance in anticipation of the men in white coming back again. Without truly making up, he and Cass seem to come to terms with what has happened with Denis, but Cass points out that despite only having half an intestine after the first fight, he’s not the unstable one Jesse should worry about.

Tulip is a wreck, and the realization scares her more than anyone else. The heartfelt moment between her and Jesse as he tries to make her remember just how bad ass she truly is, was a side of the couple we don’t often get to see. Their sincerity and openness was a welcome change from the contentious relationship we’ve seen over the past few episodes. While everything has not been “fixed,” it sure feels like they’re on the mend. And not just Jesse and Tulip; it feels like the whole crew is finally getting their mojo back.

The Grail’s presence in this week’s episode showed just how fragile (and totally insane) this organization is, and it has given us a glimpse at the complications yet to happen between them and Jesse’s crew. Featherstone and Hoover have an odd relationship — he’s obviously here for a reason, though he doesn’t seem to know what it is while she’s nearly as gung-ho about the organization’s mission as Starr. Despite a few glaring errors, Starr realizes that Featherstone and Hoover may prove useful yet.

The theme of “Puzzle Piece” is that desperation drives people to do crazy and irrational things. It drove Cass to turn Denis into a vampire; drove Tulip to transfer her fear into pain at the Hurt Locker; and will likely cause Jesse to have some modicum of trust in Herr Starr. The situation is getting more complicated as we Jesse and Starr finally meet face-to-face. Where do we go from here?

With Preacher back to form, we must also say goodbye to another celebrity who didn’t survive this series: rest in peace Harry Connick, Jr. His home was blown up after B.R.A.D.’s missile was redirected once Starr realized he could use Jesse for his own gain. And according to Hoover, that was “good work” on Featherstone’s part.

Preacher returns next week with “Dirty Little Secret,” on Monday, August 21st, at 9/8c on AMC.

This Is My Least Favorite Life, True Detective “The Western Book of the Dead”

Once Upon a Time “White Out”