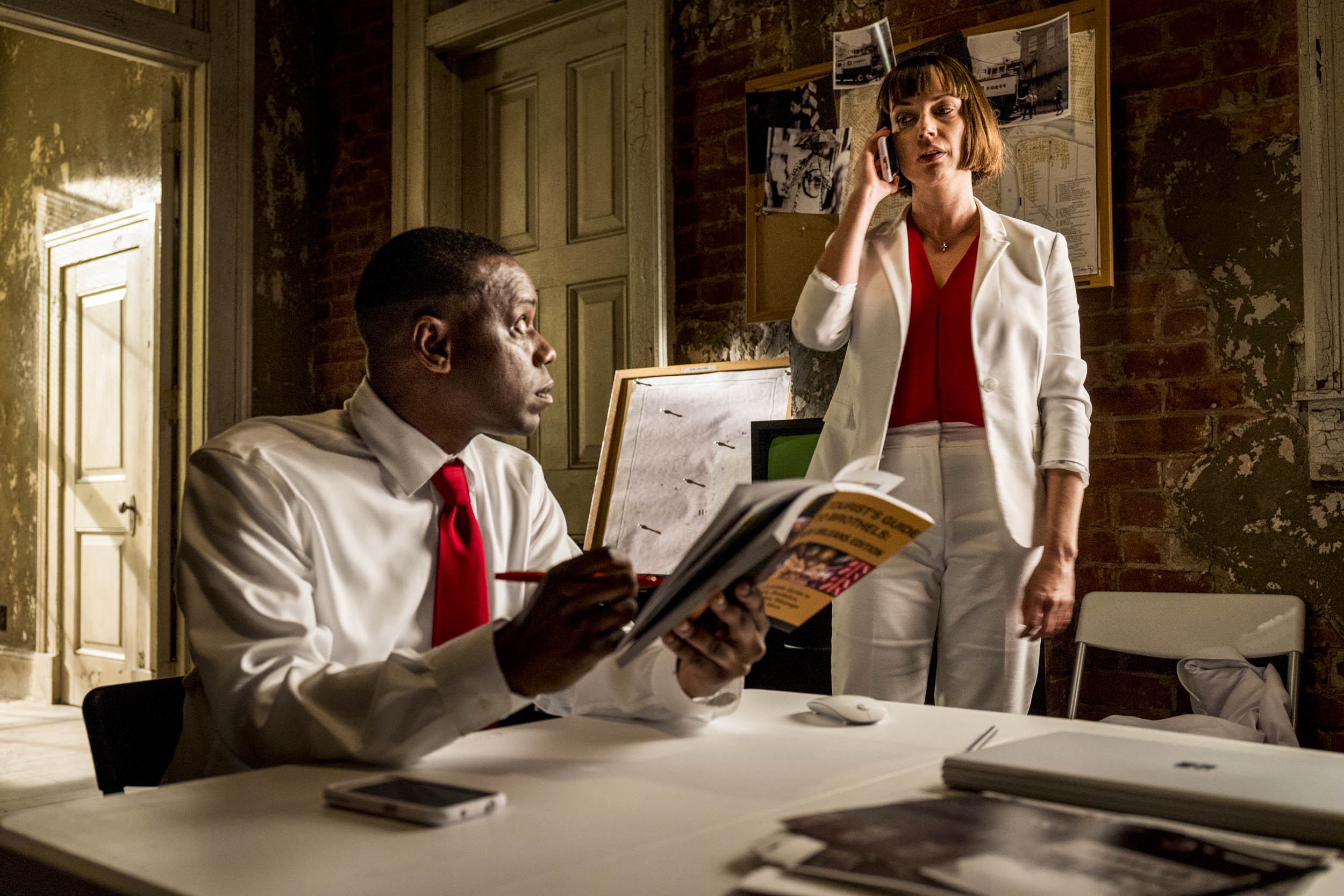 “Puzzle Piece” thrusts viewers back into the action as The Grail makes an organized move against Jesse. This emotionally fraught episode is awkward and enlightening and serves as a course correction from last week’s misstep with “Holes.” The tongue-in-cheek dialogue and fight sequences kick off the home stretch for the second season.

We get another look at just how insane Herr Starr and his organization are as they concoct elaborate (and horribly misguided) plans to get rid of Jesse, whom they’ve deemed to be a threat to the “holy child.” It’s been obvious from their introduction that Featherstone is the stronger of the pair, while Hoover’s “go with the group” mentality has gotten him into some trouble.

The pair has a tragic arc in the comics, and glimpses of Hoover’s unrequited love for Featherstone and her infatuation with Starr begin to come to light in “Puzzle Piece.” There are cracks in Starr’s facade that have began to show as well, which will make for an interesting next few episodes as he feels out Jesse and his power.

While The Grail has its own communication issues, there’s a lot of tension between Jesse, Tulip, and Cassidy as well. The boys are both concerned with Tulip’s reckless behavior and her obsession with the Hurt Locker, but they are not in agreement with how she should be handled. Of course, Tulip doesn’t care what anyone else has to say about her new hobby, but her easy-going demeanor is slowly giving way to instability. They are no longer on the same page and everyone has gotten off track for very different reasons.

No one is interested in Jesse’s search to find God anymore, and in his desperation to find answers, Jesse turns to very unlikely (and unreliable) sources. Even without any outside forces in the way, their own selfishness has driven a wedge between the group. Tulip is more fragile than she cares to admit, Cassidy is trying to place his feelings for Denis (and failing), and Jesse is so lost and desperate that he’s grasping at straws.

Despite the initial loss The Grail suffers in “Puzzle Piece,” they’re the ultimate winners because they’re still at the helm. Starr’s despondent feelings about the organization’s mission is renewed when he has his “a-ha!” moment. With The Grail on the rise and our trio falling apart, there are only a handful of episodes left for Jesse and his crew to right this sinking ship.

Another celebrity gets blown to bits, bringing back Preacher‘s signature gag, as “Puzzle Piece” seems to be first episode in a new arc for the remainder of the season.