Preacher Gets Stuck in the Doldrums in “Holes” 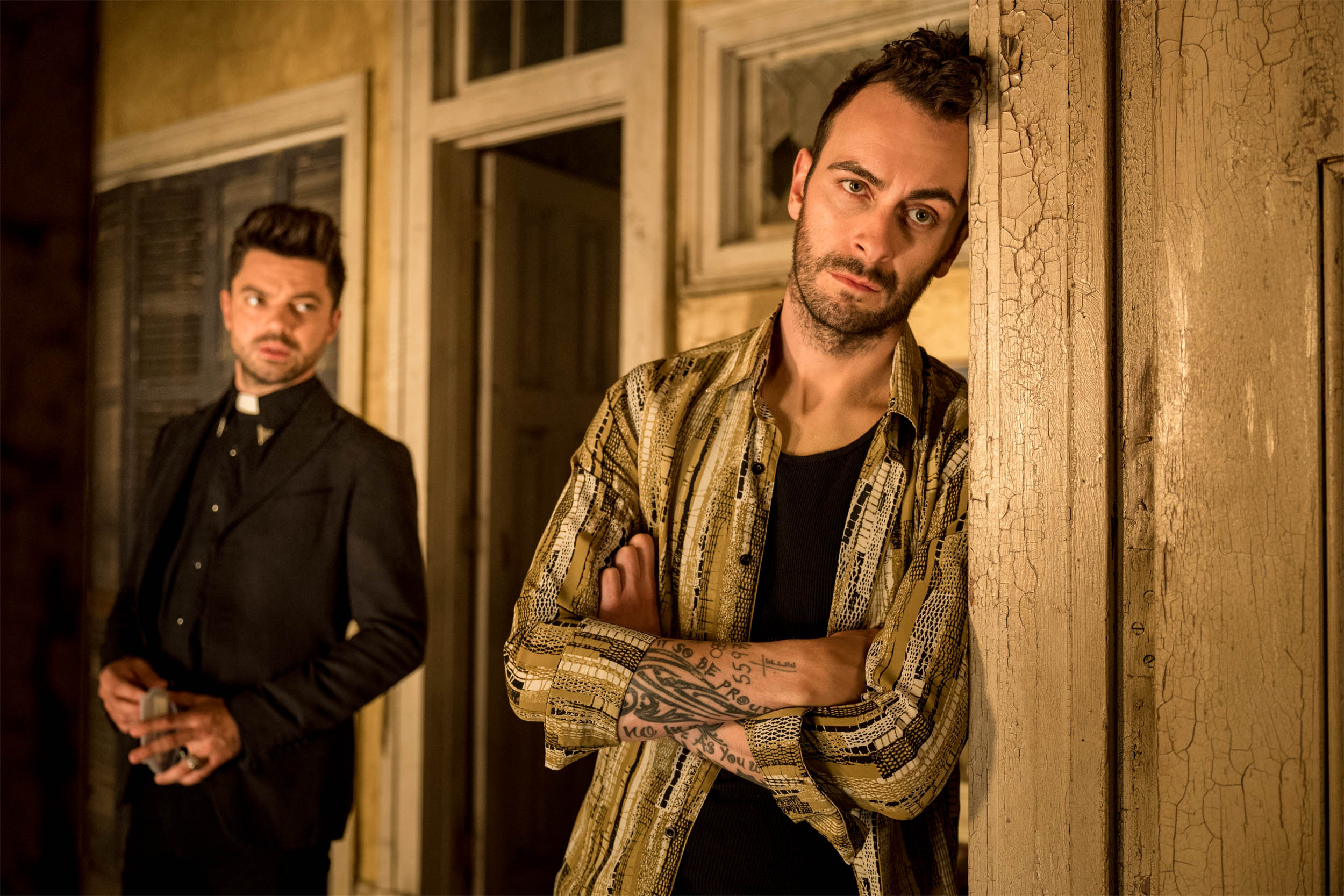 Preacher dives back into hell with “Holes” and shows us what we’ve missed with Eugene and the gang over the past couple of episodes. Tulip accidentally makes contact with The Grail; Cassidy shares some deeply emotional moments with Denis; and Jesse continues spinning his wheels in his stagnant search for God.

Without beating around the bush, “Holes” feels unnecessarily tedious to be airing so late in the season. Not much is happening here, causing the momentum from the previous episodes to come to a screeching halt. The change of pace is quite abrupt and everyone’s lack of motivation to break out of their dismal situations just makes the episode feel like a slog to get through.

The bright spot, in spite of the severely depressing scenario of having to watch a loved one waste away, is the range of emotions we get to see Cassidy walk through. It’s obvious that he wants to do something to ease Denis’ suffering, even going so far as to ask Jesse to use Genesis. He declines, of course, but a desperate Cass does not bode well. The ending is ambiguous and sinister all at once as the audience is left to wonder if Cass really did cave in and bite Denis.

Both Tulip and Jesse appear to be ambling along doing whatever is necessary to get through the day. Tulip’s encounter with the Saint has really unsettled her, and we’ve seen a side of Tulip we didn’t really know existed. She’s scared, which is something coming from the brash “muscle” of this group. When will the most bad ass character on Preacher get a return to form?

Even Jesse’s slump feels like it’s just being dragged along with no end in sight. Surely, much of this stuck in the doldrums feeling is intentional for some much larger build up, but it feels like it’s gone on for one episode too long. His stint at the “Dork Docs” is (very intentionally) CSI-esque, which is funny at first, but there’s still no payoff. Even when the camera pans to the “property of Grail Industries” as the disc is put into the shredder, it’s not a conclusion that seems revolutionary given what we’ve seen in “Pig” and Tulip unknowingly stumbling upon Grail spies in the apartments.

Even more monotonous than characters trapped in their own feelings is checking in on what’s happening in hell. The mini montage of Eugene now becoming prison hard is laughable for its sheer unbelievable nature. And as much as I hate to agree with Hitler, he’s the only one who isn’t fooled and knows Eugene doesn’t belong in hell. Learning that the cell blocks are powered by allotted power sources is a interesting explanation as to why they keep shorting out. Now the Superintendent knows something is off, which means Eugene’s got two reasons to continue to follow her advice and act accordingly.

But after getting thrown in the hole for conduct unbecoming, we see a different, and more disturbing, version of his hell. In this one, he and Tracy realize they both have feelings for each other, but their awkward teenage moment (completely with 90s Alt-rock band Semisonic as the backdrop) is interrupted when Jesse shows up. While the argument is a bit convoluted, it hearkens back to the first season when Eugene tried to tell Jess that he was not God and that he shouldn’t be abusing his power the way he was. But Tracy insists that she can’t be with him because she promised herself to God. As the scene reaches its climax, Jesse encourages Eugene to “finish the job,” a taunt he received a lot of from folks all over town.

Will this new alternate hell be what finally spurs Eugene to take Hitler up on his offer to escape from hell? What does this new version mean for Eugene’s relationship with Jesse should he ever get out? And with Tulip having made friends with Featherstone, what will it mean for The Grail to have infiltrated Jesse’s inner circle?

Preacher continues next week with “Puzzle Pieces” at 9/8c on AMC.

The Killing “The Jungle” and “That You Fear the Most”