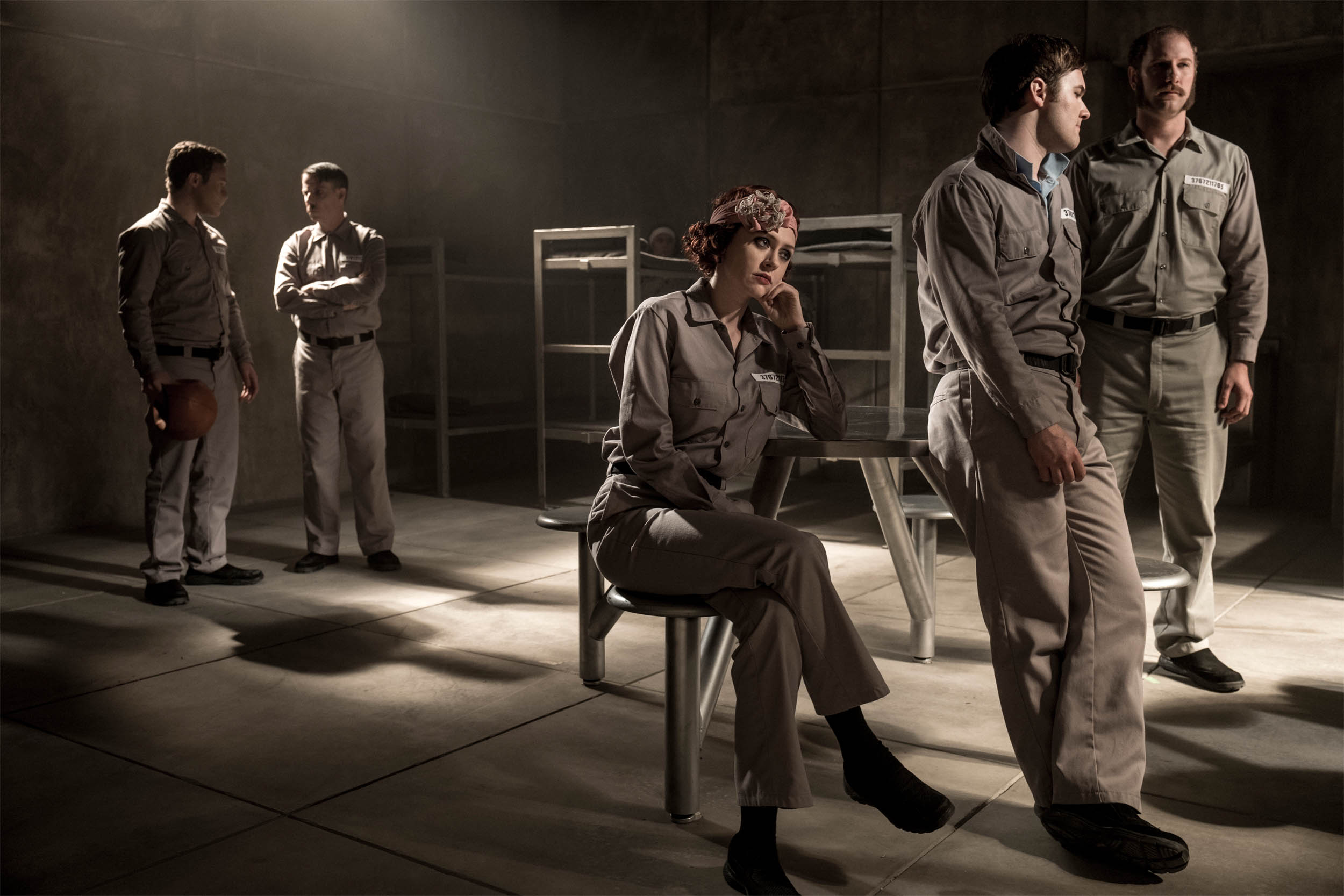 Everyone is down in the doldrums in “Holes.” Much of the episode is spent in Hell getting a better lay of the land and finally getting more information on some of the other inhabitants we’ve met. Preacher also digs into the severely broken relationship between Cassidy and Dennis as the episode takes a heartbreaking turn toward the end. While Cass is faced with his big dilemma, Tulip and Jesse look to be growing further apart as she continues to deal with her PTSD from the Saint of Killers encounter.

Back in Hell, Eugene is almost unrecognizable as he gets prison hard in order to fool everyone into thinking he really belongs there. He believes that because of what really happened between him and Tracy that he honestly deserves to be in Hell… or so he wants us to believe. However, after seeing a different part of hell, viewers get to see a different version of events transpire for Eugene that may have lit a fire under him in all the wrong ways.

Hitler continues to be a voice of reason for Eugene, and again, there’s just something so inherently wrong with this sympathetic version of Hitler being painted as a good guy and friend. Truth be told, he’s likely the most civil person in that shared hell cell, but Eugene’s trust in the man is ill-placed and couldn’t possibly end well.

As Dennis deteriorates in front of Cassidy’s eyes, the centuries old vampire begins to have second thoughts about turning his son. This softer side of Cass is such a contrast to the fly-by-the-seat-of-his-pants Cass that we’ve come to know. While he may not have been there for his son (who was born in 1946), it’s understandable that it pains him to his child suffering like this. He patiently cleans up after Dennis, calls doctors for him, and listens even when being berated (in French). By the end of “Holes,” a sinister demeanor has set in and we get the feeling he’s going to help Dennis one way or another.

Jesse’s down to his last lead on picking up God’s trail again, and things aren’t looking up. If the DVD doesn’t turn up any solid new information, he’ll be back to square one, and that thought has him on edge. Tulip has become obsessed with the holes in the apartment walls left by the Saint’s bullet and sets about fixing what she can. She buys Dennis a new fridge and begins to work her way through the crime scenes to fix those holes too. However, she discovers something at the end of the hall that sets up another dynamic change for the remaining three episodes.

Sympathy for the devil(s) weighs heavy in “Holes,” forcing the audience to ask itself who the real bad guy is in all of these scenarios.

Catch an all new Preacher when “Holes” airs Monday at 9/8c on AMC.

Game of Thrones "The Spoils of War"